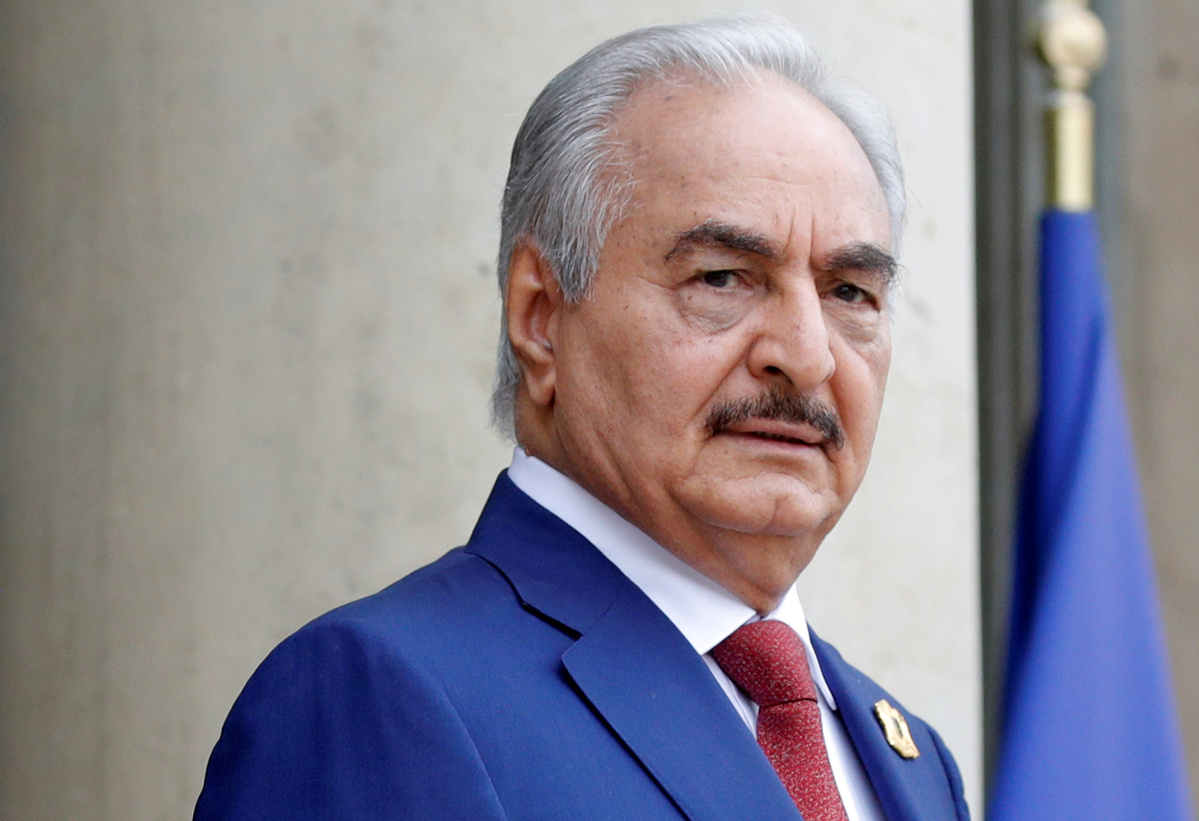 Khalifa Haftar, the military commander who dominates eastern Libya, arrives to attend an international conference on Libya at the Elysee Palace in Paris, France, May 29, 2018. (Photo:Agencies)

Germany has invited major world powers to a conference on Sunday to address the civil conflict in Libya, after the country's rival leaders left Moscow without reaching an agreement, according to a statement by the German government on Tuesday.

According to the statement, the conference will be joined by envoys from the United States, Russia, the United Kingdom, France, China, the United Arab Emirates, Turkey, the Republic of the Congo, Italy, Egypt and Algeria. Officials from the United Nations, the European Union, the African Union and the Arab League will also be represented.

"With the aim of supporting the work of Guterres and the UN Special Envoy Ghassan Salame toward a sovereign Libya and for a reconciliation process, Merkel is calling for a Libya conference in Berlin on Sunday," German government spokesman Steffen Seibert said on Twitter.

The statement said Germany has been hosting a consultation process on the Libya conflict since September, It complements the work of Guterres and Salame, who's also head of the UN Support Mission in Libya, or UNSMIL. The aim is to support the UN efforts for a sovereign Libya and for the Libyan reconciliation process through a group of states and international organizations.

The news came after Khalifa Haftar, the leader of east-based Libyan National Army, or LNA, left the peace talks in Moscow without signing an agreement with Prime Minister Fayez al-Sarraj of the UN-backed Government of National Accord, or GNA.

The talks lasted about seven hours, and Sarraj and Haftar didn't meet directly.

"We all work in the same direction and urge all the sides (of the conflict) in Libya to negotiate instead of trying to sort things out violently," Lavrov said on Tuesday in Sri Lanka.

Russia's Defense Ministry put out a statement saying that Haftar could still sign the proposed draft, but he needed some extra time to discuss it with his associates. "General Haftar had a positive view of the final statement, but requested two days to discuss the document with tribal leaders before signing it," it said.

German Foreign Minister Heiko Maas said on Tuesday he was optimistic about sealing an agreement to resolve the Libya conflict at the conference this weekend.

Maas said the German government was of the view that "the military conflict could be resolved only when the influence from abroad is ended, and all those who are exercising influence agree to stop providing military goods to the different warring parties in the future".