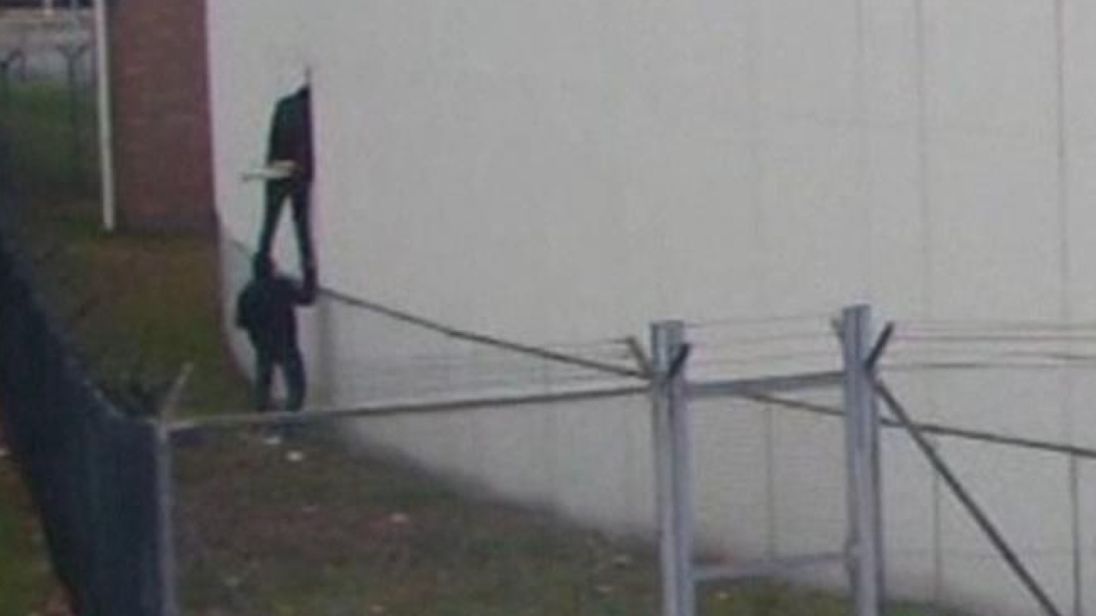 Berlin authorities faced a firestorm of criticism Tuesday after nine people escaped a city prison in successive walkouts and jailbreaks over the past week.

Behrendt acknowledged on Tuesday that two other inmates had escaped at the weekend, news agency DPA reported, which put the number of escapees still on the run at seven.

The convicts doing time for theft, extortion and aggravated assault were able to use an angle grinder and a huge hammer from their prison workshop to break out through a ventilation shaft before slipping underneath a fence to freedom.

A perimeter surveillance camera captured their escape, but wardens did not view the footage in real time and took 41 minutes to sound the alarm.

On Friday it emerged during a head-count that a fifth prisoner, aged 30, had failed to return from day release on Thursday,

And on Monday morning, New Year's Day, it was learnt that two more prisoners had slipped out overnight through a cell window, with one recaptured by police later that day.

The pair had been held under an open-prison policy that allows detainees to go to work during the day but obliges them to spend nights behind bars.

"They could have left the prison the next morning by simply walking out through the front door," a Berlin city administration spokesman told DPA.

It was not clear Tuesday whether the two further men who escaped at the weekend failed to return from day release or broke out of the prison itself.

Behrendt tweeted Tuesday that one of the initial four escapees had just turned himself in, accompanied by a lawyer, and added that he would "now be transferred to a higher-security prison".

"Today I have put together a commission of internal and external experts to analyse weak points and clear them up," he later added.