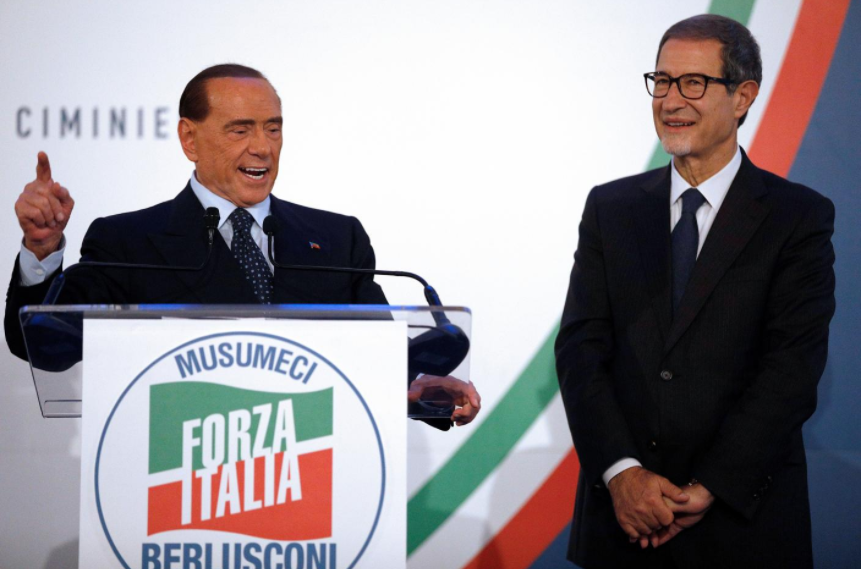 Silvio Berlusconi’s center-right coalition on Sunday looked set to win by a narrow margin a regional vote in Sicily seen as a crucial test of national trends ahead of forthcoming parliamentary elections, exit polls suggested.

The Sicilian vote could mark a striking comeback for the 81-year-old four-times prime minister, whose candidate was predicted to have beaten off a tough challenge from the anti-establishment 5-Star Movement.

The center-left, led by Matteo Renzi’s ruling Democratic Party, looked certain to finish a distant third after internal feuding wrecked its chances of retaining power on the Mediterranean island that it had governed since 2012.

The 5-Star’s Giancarlo Cancelleri was seen taking between 33 and 37 percent.

Another exit poll for private broadcaster La 7 put Musumeci on 36-40 percent and Cancelleri on 34-38 percent.

The center-left’s Fabrizio Micari was seen 20 points behind the frontrunner in both surveys, followed by Claudio Fava, the candidate of a cluster of left-wing parties.

The vote count will begin on Monday at 8 a.m (0700 GMT) and Musumeci’s lead is inside the pollsters’ margin of error.

The national election, to be held by May at the latest, is almost certain to produce a hung parliament, polls suggest, but a resurgent center-right coalition with Berlusconi at the forefront looks set to win most votes and seats.

The billionaire media tycoon was widely written off after being expelled from public office following a tax fraud conviction in 2013, but he returned to the political fray after open heart surgery last year and campaigned actively in Sicily. 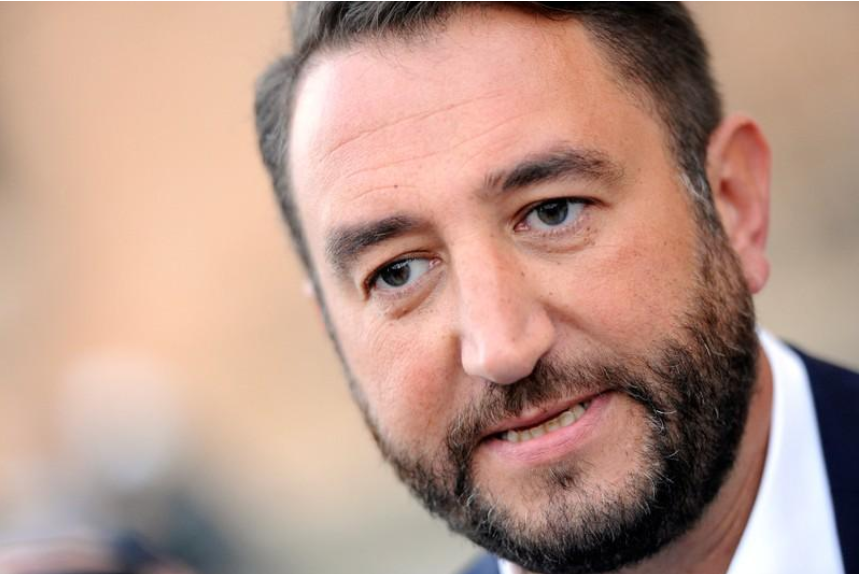 The regional election looks like being a set-back for 5-Star. Its new leader, 31-year-old Luigi Di Maio, had campaigned tirelessly in Sicily since the summer as the maverick movement tried to win control of its first Italian region.

Nonetheless 5-Star, which leads most national opinion polls, still won far more votes than any other single party in Sicily, with the second-placed group, Forza Italia, seen taking less than half as many ballots.

The weak showing for the center-left piles more pressure on PD leader and former Prime Minister Renzi, whose party has splintered following a raft of vote setbacks in recent years.

Sicily is one of Europe’s poorest regions and is notorious in Italy for its bloated public payrolls, wasteful administration, corruption and organized crime. [nL8N1JH57F]

Unemployment stands at over 22 percent, twice the national average, and youth unemployment is at 57.2 percent, compared with some 36 percent nationally.

Immigration was also a hot button issue in the election campaign as the island has become the first port of call for hundreds of thousands of migrants crossing the Mediterranean from Libya in recent years.

Turnout in the election was low, just 36.4 percent at 7 p.m, three hours before polls closed, down from 37.7 percent at the same time in the last regional ballot in 2012, when the final tally was a record low of 47.4 percent.

5-Star officials said before the vote that a low turnout may hurt them because their loose party structure means they lack the organization and resources to get supporters to the polls.

5-Star has around 28 percent of support nationally, according to opinion polls, slightly ahead of the PD.

The center-right bloc is made up of Berlusconi’s conservative Forza Italia and the anti-immigrant Northern League, each with about 14 percent of the national vote, flanked by the far-right Brothers of Italy on around 5 percent.