Presidential hopeful Sen. Bernie Sanders held his first home state rally of his 2020 campaign, telling a large crowd on the Vermont Statehouse lawn that his ideas that seemed radical to some in the last presidential election — such as health care for all and raising the minimum wage — are not so radical today. 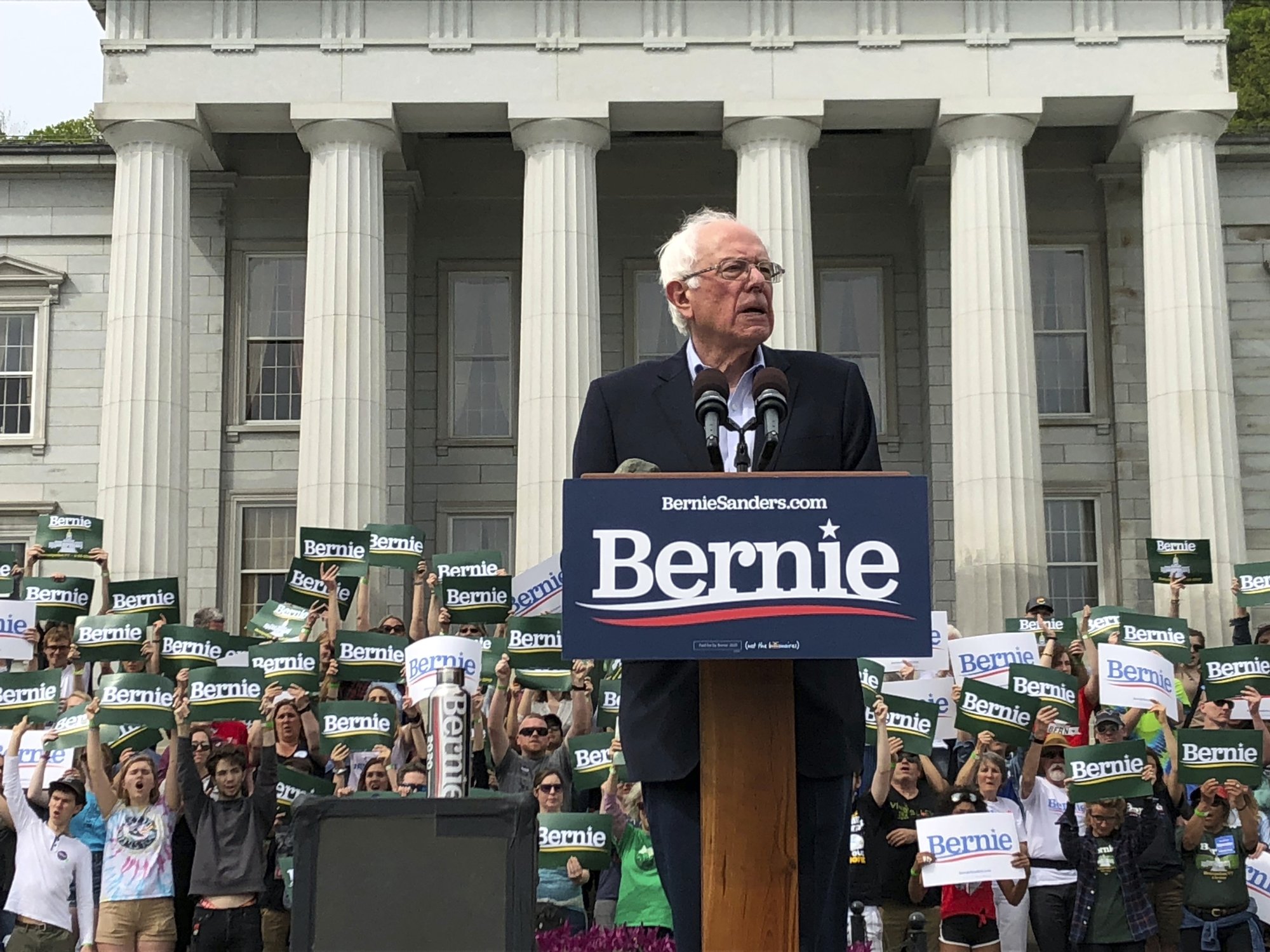 Presidential hopeful Sen. Bernie Sanders held his first home state rally of his 2020 campaign on Saturday, May 25, 2019, in front of the Statehouse in Montpelier, VT. (Photo: AP)

Sanders on Saturday asked for support to help him to defeat President Donald Trump, who he called "the most dangerous president in the history of this country."

Sanders also said he's opposed to going to war with Iran as he was opposed to the Iraq war and the Vietnam war.

U.S. Rep. Peter Welch and Ben & Jerry's Ice Cream co-founder Ben Cohen touted Sanders' consistent message and his achievements in the state where the independent senator got his political start in a narrow victory in the mayor's race in Vermont's largest city of Burlington nearly 40 years ago.

Sanders was always for a higher minimum wage, equality, health care for all, and affordable, accessible and free higher education, said Welch, a Democrat.

Sanders kicked off his previous presidential campaign in Vermont in 2015 but chose not to launch his 2020 run in his home state. He held his first campaign rally in Brooklyn in early March.

"I like what he says but there's so many," she said of the more than 20 Democrats running. "I'll be happy if any of them win."

Taylor Miske Wood, of Barre, Vermont, said his prime concerns align with a lot of what Sanders' addresses.

"He just sounds a lot more real and calm and addresses things that I want to hear about and want to see change in," he said.