Beyond Meat raises $241 mln amid growing appetite for vegan food 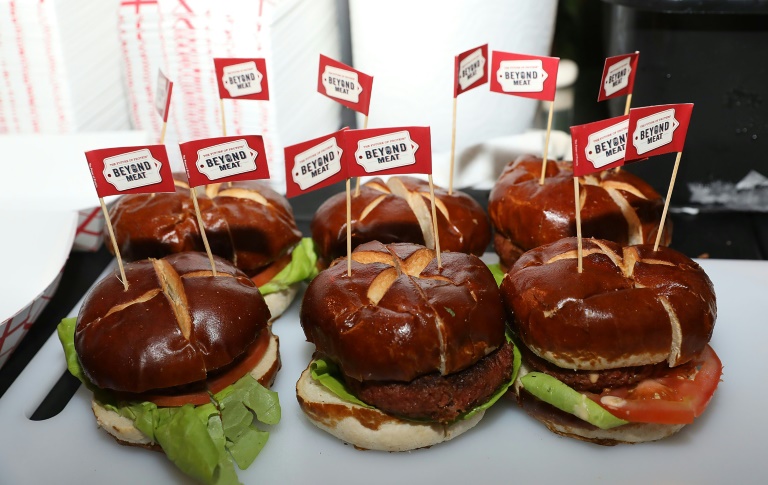 Beyond Meat has tapped into changing consumer appetites as growing numbers of people turn to plant-based meat alternatives.(Photo: AFP)

Vegan burger upstart Beyond Meat, whose backers include Hollywood star Leonardo DiCaprio and Microsoft founder Bill Gates, has raised $241 million from its initial public offering, valuing the firm at about $1.5 billion as it surfs a wave of flexitarianism.

The California-based firm said it sold 9.625 million shares on the Nasdaq exchange at $25 each on Wednesday, at the top of its offer range. Reflecting strong investor demand, it had increased the offer price of its shares to $23-25 from $19-21.

The company has tapped into changing consumer appetites as growing numbers of people turn to plant-based meat alternatives, whether vegans who shun all animal products or flexitarians, who advocate moderate consumption of meat.

"We believe that consumer awareness of the perceived negative health, environmental and animal-welfare impacts of animal-based meat consumption has resulted in a surge in demand for viable plant-based protein alternatives," it said in its prospectus.

Despite the popularity of its signature Beyond Burger and other products, Beyond Meat is still not profitable and recorded a net loss of $30 million in 2018, according to its most recent financial records released Monday.

"We have a history of losses, and we may be unable to achieve or sustain profitability," the firm cautioned in its filing with the Securities and Exchange Commission.

The group said it would use the funds raised to "expand our marketing channels, invest in our distribution and manufacturing facilities, hire additional employees and enhance our technology and production capabilities."

Like fellow "veggie burger" maker Impossible Foods, Beyond Meat uses sophisticated technologies to replicate as closely as possible the taste, color, smell and texture of meat.

It uses peas, beans and soy to make steaks and sausages or replace minced meat in tacos and spaghetti bolognese.

The firm's popular Beyond Burger, which uses beets to make it 'bleed', is sold in thousands of supermarkets and restaurants, including TGI Fridays.

Beyond's rival Impossible, meanwhile, has linked up with Burger King to offer a vegan version of its signature Whopper. Nestle and Unilever are also aiming to expand their presence in the expanding sector.