Hours after a historic truce took hold across their country, jubilant Afghans who have suffered decades of non-stop conflict took to the streets to celebrate what they desperately hope is a first step towards peace. 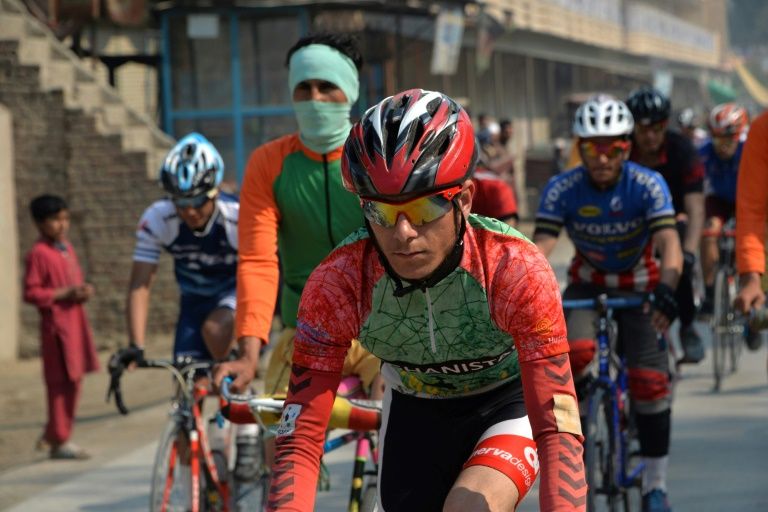 A Jalalabad road race, dubbed the Peace Cup, was previously hard to imagine in a city that has been beset by attacks. (Photo:AFP)

In Jalalabad, the capital of eastern province Nangarhar, cycling enthusiasts donned lycra shorts and shirts for a road race -- something previously hard to imagine in a city that has been beset by attacks.

Race organiser Fazli Ahmdi Fazli told AFP about 60 people representing nine provinces came out for the event, where they wound through the city's dusty streets on their bikes.

"Our goal of coming together is to mark the reduction in violence and to convey its message to our people," Fazli said.

Warring parties have agreed what they are calling a one-week "reduction in violence" that is expected to set the conditions for Washington and the Taliban to sign a deal on February 29 in Doha.

The accord could, ultimately, pull US troops out after more than 18 years and launch war-weary Afghanistan into an uncertain future.

A successful week would show the Taliban can control their forces and demonstrate good faith ahead of any signing.

Even in a country that has been torn apart by violence, Jalalabad has suffered more than many places, facing continual attacks and suicide bombs from the Taliban and, in recent years, the Islamic State group.

Saturday's bicycle race -- dubbed the Peace Cup -- had been planned in anticipation of the first day of the partial truce.

Other spontaneous celebrations broke out Saturday across Afghanistan -- though with the country still deeply patriarchal they mainly consisted of men, with women remaining largely behind closed doors.

In Gardez, the capital of Paktia province south of Kabul, hundreds of people poured into the main square to support the partial truce.

"They were calling on the Taliban and the government to extend the truce and work for permanent peace in the country," said Abdullah Hasrat, a spokesman for the local governor.

Crowds held up signs with messages such as: "Peace is our wish" and "All obstacles in the way of peace should be removed".

In Kandahar in the south, considered the Taliban heartland, and in Jalalabad, dozens of celebrating people danced the attan -- a traditional Pashtun dance -- in the streets during the night.

"I am very optimistic for the first time about the outcome of the talks" between the US and the Taliban, said Saeed Ahmad, a police officer in Helmand province, which neighbours Kandahar.

Meanwhile, in the city of Helmand, Taliban fighters massed openly and mingled with civilians while carrying flags and weapons, apparently without fear of being targeted in a US drone strike.

In the northern province of Kunduz, 28-year-old Afghan soldier Reza Sharifi said he was hopeful a deal between the US and the Taliban would be struck.

"We hope lasting peace will come to Afghanistan," Sharifi said.

But, illustrating how fragile the situation is, at least two Taliban attacks were reported to have taken place after the truce kicked in at midnight.

And many Afghans remain sceptical that anything positive will come from the latest political developments.

"I believe the US are fleeing and paving the way for the Taliban to make a comeback and rule the country like in the mid-'90s," said Qais Haqjo, 23, an ironsmith in Kabul.