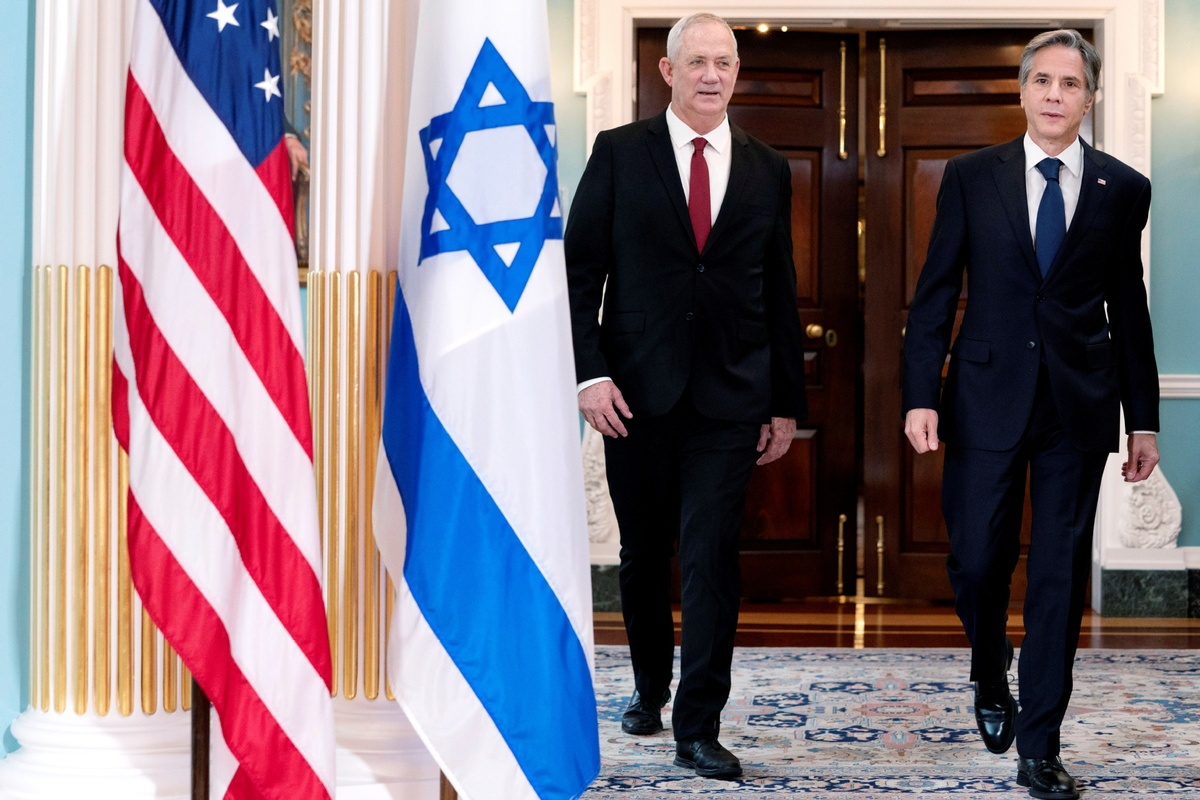 US Secretary of State Antony Blinken meets with Israel's Defense Minister Benjamin Gantz at the State Department in Washington, US, June 3, 2021. (Photo: Agencies)

Secretary of State Antony Blinken and Gantz discussed the US-Israel partnership and US ironclad commitment to Israel's security, according to a readout issued by the State Department.

"The Secretary reiterated the importance of promoting peace and security for Israelis and Palestinians alike and support for Israel's right to defend itself," it added.

Blinken also underscored the importance of humanitarian assistance and relief and recovery efforts in Gaza.

"As far as Gaza concerned, we do look for stability and prosperity for everybody," Gantz told reporters before their meeting.

Gantz's visit came as Israel's opposition reached a deal to form a coalition government that would end the 12-year rule of Prime Minister Benjamin Netanyahu.

The White House noted on Thursday that US policy would not change given a different leadership in Israel.

"We will leave ... the politics and the determination about political formation in Israel up to the parties there," White House Press Secretary Jen Psaki said in a daily briefing. "Israel will remain an important strategic partner, one where we have an abiding security relationship, and that will continue."