A day before US President Joe Biden was due to announce measures to combat a rise in violent crime, the Justice Department on Tuesday revealed it had created five new units to tackle gun trafficking. 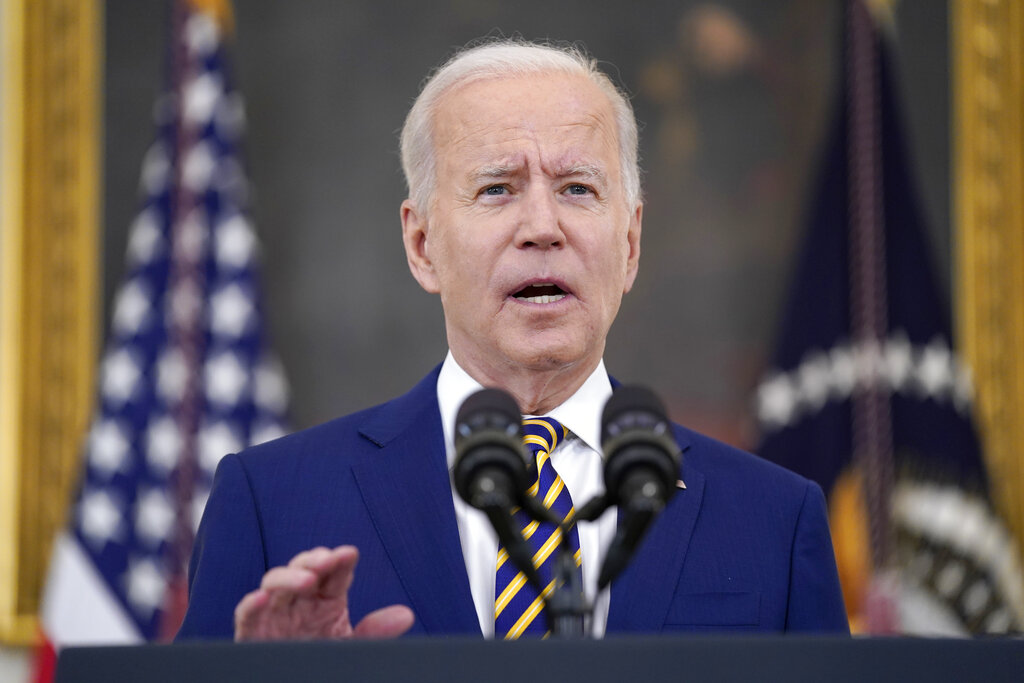 In this June 18, 2021 file photo, President Joe Biden speaks about COVID-19 vaccination shots, in the State Dining Room of the White House in Washington. (Photo: AP)

The units will be set up in the next 30 days and will focus on the major cities of New York, Chicago, Los Angeles, San Francisco and Washington, which have suffered a sharp increase in homicides over the past year and a half.

Bringing together federal prosecutors, specialized police officers and local partners, the "firearms trafficking strike forces will investigate and disrupt the networks that channel crime guns into our communities with tragic consequences," said Attorney General Merrick Garland in a statement.

On Wednesday, Garland will be at the White House when the Democratic president sets out his administration's strategy to fight rising crime, in the face of criticism from the Republican opposition that he has not properly addressed the problem.

After years of decline, homicide rates rose about 25 percent in 2020, and remain at their highest levels in 2021.

"We believe that a central driver of violence is gun violence," said White House spokesperson Jen Psaki during a briefing on the issue.

"A big part of that in [Biden's] view is putting in place gun safety measures, even as Congress is not moving forward currently," said Psaki, referring to the Republican senators blocking a bill aimed at better regulating the purchase of weapons.