WORLD Biden ahead of Trump by 8 points nationally: Quinnipiac poll

Biden ahead of Trump by 8 points nationally: Quinnipiac poll 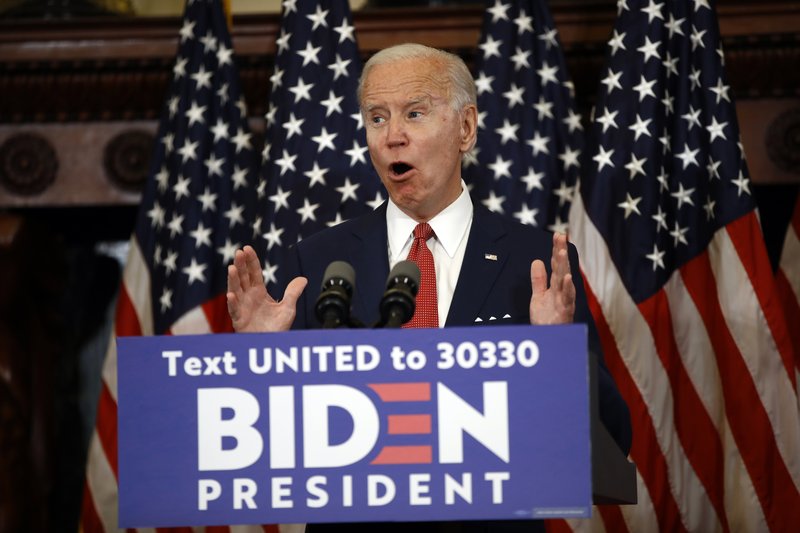 The poll, conduced by Quinnipiac University from June 11-15, showed Biden, the presumptive Democratic presidential nominee, ahead of his Republican counterpart, Trump, 49 percent to 41 percent, among registered voters nationwide.

A similar Quinnipiac poll released in May suggested an 11-point Biden lead over Trump.

In the latest poll, Democrats went to Biden 93 - 4 percent and independents were split with Biden at 43 percent and Trump at 40 percent, while Republicans went to Trump 92 - 7 percent.

Meanwhile, 42 percent of voters approved of the job Trump was doing while 55 percent disapproved.

On Trump's handling of the economy, 52 percent of voters approved, while 45 percent disapproved.

On several other issues, including Trump's response to the coronavirus pandemic and his handling of race relations, more than half of the respondents disapproved of the job he was doing on each of those fronts.

"The country gyrates uneasily through a killer virus, unrest in the streets, and volatile ugly divisiveness, but the presidential horserace looks now like it did back in February," said Tim Malloy, a polling analyst at Quinnipiac University.

A total of 1,332 self-identified registered voters nationwide were surveyed with a margin of error of plus/minus 2.7 percentage points, Quinnipiac University said.