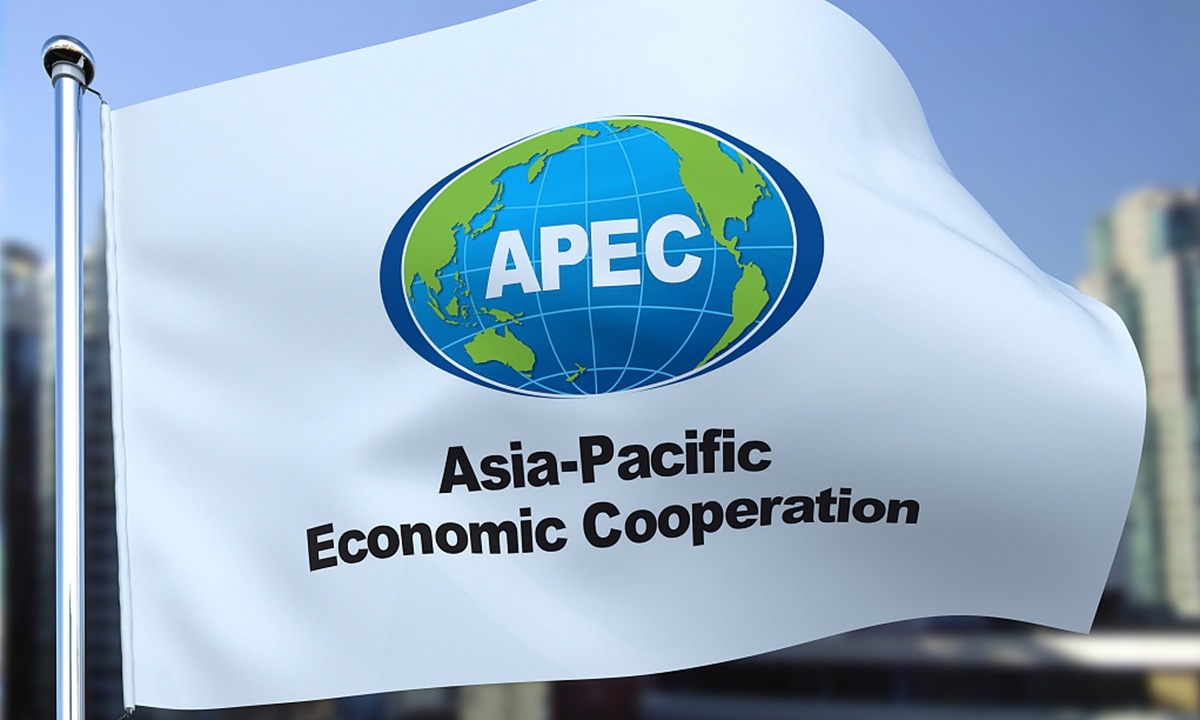 The Biden administration would attempt to turn Friday’s informal leaders' meeting of the Asia-Pacific Economic Cooperation (APEC) into a geopolitical competition platform serving its purpose of securing regional leadership through Indo-Pacific strategy, instead of caring about people’s livelihoods in the region, Chinese observers said, when leaders of the Asia-Pacific region are expected to jointly fight against the pandemic that has been exacerbated by the more transmissible Delta variant, and recover the economy of the 21 members which represent approximately 60 percent of world GDP.

Experts noted that regional countries clearly understand the US’ own mess when it comes to dealing with COVID-19 and the US' reckless and irresponsible role in Afghanistan, and that they will never allow Washington to muddle and tear apart the region.

Chinese President Xi Jinping, US President Joe Biden and other world leaders will meet virtually on Friday night during the informal leaders' meeting of the APEC.

New Zealand, the revolving APEC host, said this week it will chair the extraordinary meeting ahead of a formal gathering in November, the first time such an additional meeting has been held, Reuters reported.

The meeting was conducted at a critical time when the world is facing a resurgence of COVID-19 and the international cooperation against the virus has entered a new stage, and also when the US’ Asia-Pacific policy which aimed at forming cliques and inciting confrontations has shattered unity and added more difficulties to regional countries that have been plagued by the pandemic, observers said.

According to the White House, Biden’s participation will demonstrate US leadership in the Indo-Pacific region.

“As President Biden’s first engagement with many of the APEC Leaders, particularly those in Southeast Asia, he will emphasize the importance he places on the region as well as his vision for a free and open Indo-Pacific,” according to the White House statement.

Li Haidong, a professor at the Institute of International Relations at China Foreign Affairs University, told the Global Times that the US with its extremely self-centered and hegemonic Indo-Pacific policy apparently aimed at turning the APEC meeting a new platform to lure other countries, especially those in South Asia, to split the region.

For the US, maintaining and strengthening its leadership in the region is its sole purpose, and regional countries’ economy and people’s livelihood have never been on its list, Li said.

Most countries will focus on their own interests that Biden’s Indo-Pacific policy cannot bring, making its policy impossible to succeed, analysts said.

The Biden administration has overestimated its strength and global influence, Li said.

“How could the ASEAN members and other countries count on it when the US itself has been deeply mired in pandemic and struggling with the economy?” Li asked.

The world understands the US’ real role in the international arena which is splitting regions, just like what it did to Afghanistan and its neighboring countries, and APEC members will not allow it to shatter the unity of the region and sabotage the joint effort in fighting against the pandemic, Li said.

President Xi will also attend Friday’s meeting from Beijing via video link, and Chinese Foreign Ministry spokesperson Zhao Lijian said on Thursday that China hopes all parties can uphold the vision of an Asia-Pacific community with a shared future, sending a positive message of fighting the coronavirus with solidarity and deepening economic recovery and cooperation.

China is expected to send signals to the region that we need scientific cooperation rather than politicizing the issue or blaming others for its own COVID-19 failure, of which the US has done a very bad example, observers said.

China has been providing medical supplies, COVID-19 vaccine and other necessary help to the world for long, while the US has engaged in overt political manipulation, from hyping the China "lab-leak" theory to muffling scientists and experts upholding objectivity.

This week, Chinese COVID-19 vaccine producers Sinopharm and Sinovac reached advance purchase agreements with the Global Alliance for Vaccines and Immunization (GAVI) to provide as many as 550 million doses of China-made vaccines for the world through the COVAX Facility, a move that would largely help the world tackle the raging Delta variant and build immunity.

On Tuesday, Papua New Guinea become the third Pacific island country after the Solomon Islands and Vanuatu, to roll out Chinese vaccines domestically.

China is also helping Southeast Asia which has been struggling with coronavirus spike. Chinese Foreign Ministry said on Thursday that China will provide Indonesia with COVID-19 vaccines and oxygen concentrators and is willing to work with Indonesia to deepen vaccine research cooperation.

Exacerbated by the more transmissible Delta variant, the US has seen COVID-19 vaccination rates down and cases on the rise in recent days.

"We’re losing time here. The Delta variant is spreading, people are dying, we can't actually just wait for things to get more rational," Francis Collins, director of the National Institutes of Health, told CNN on Wednesday. US health experts warned that more challenges will come in the next two weeks with hospitals close to reaching limit.

How will the Asia-Pacific region step out of the shadow of the economic crisis caused by the coronavirus remains a pivotal agenda during the meeting.

In 2020, the APEC GDP contracted by 1.9 percent, the largest decline since the World War II. Even though APEC said continued fiscal measures led to a rise in government consumption, improved investment and household consumption, around 81 million jobs in the region were lost.

The priority to achieve economic recovery is to ensure the stability of supply chains, and China must strengthen such issue from rules-making perspective within the APEC framework, considering growing disruptions to global supply chain and mounting attempts to wipe out China’s participation across the global value chain, Wang Yiwei, director of the institute of international affairs at Renmin University of China, told the Global Times.

“The middle-class population of a country largely decides its power and duty in globalization. As China has about 400 million middle class nationals – equal to the total number of the middle-class people in all developed countries, there is a growing demand for the country to enhance its discourse power in the multilateral framework, to shift the US dominance in rules-making,” he said.

Even if at Friday’s virtual meeting, Biden would talk highly about his vision for Indo-Pacific, the Chinese expert pointed out that China’s and the US’ economies mingle for the longest period of time in the Asia-Pacific region compared with other regions.

Their sizeable economies are tangible, pillaring a stable global economy, unlike the Indo-Pacific advocacy hyped by the US that could not provide any real value in terms of practical economic cooperation, Wang noted.

“Unfortunately, the Biden administration has not jumped out of the shadow of the legacy policy championed by Trump, including the US protectionism, an easing monetary policy and imposition of tariffs. As the sign of returning to Trump era looms over the world, how the two largest economies could avoid decoupling and a cold war mentality would remain an important agenda at the informal APEC meeting on Friday,” he told the Global Times.

Li said that China will also send a message that international economic cooperation should be based on promoting connectivity of different economies, and we should resolutely abandon trade barriers and economic nationalism, Li said.

And rules on new economic means such as digital economy should be decided by equal negotiations of members rather than the US’s self-righteousness, Li said.