Biden arrives in UK for 1st overseas visit as president 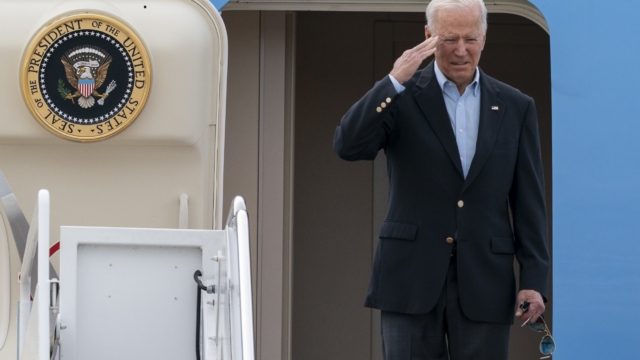 Joe Biden boarding Air Force One on the way to the UK (Photo: Agencies)

The U.S. president touched down at the U.S. airbase at Royal Air Force Mildenhall in Suffolk in eastern England. He is expected to meet British Prime Minister Boris Johnson on Thursday ahead of the Group of Seven (G7) summit in Britain's southwestern resort of Carbis Bay in Cornwall.

Leaders from Britain, the United States, Canada, Japan, Germany, France and Italy, plus the European Union, will gather Friday for the first in-person G7 summit in almost two years.

Britain, which holds the rotating G7 presidency, also invited Australia, India, the Republic of Korea and South Africa as guest countries to the three-day meeting. Economic recovery, global COVID-19 vaccine rollout and climate change are expected to be discussed during the meeting.

After the summit, Biden and his wife Jill Biden are set to meet British Queen Elizabeth II before heading to Brussels for NATO and EU-U.S. summits. He will then fly to Geneva to meet with Russian President Vladimir Putin.