WORLD Biden assailing Trump on trade as both come to Iowa

Biden assailing Trump on trade as both come to Iowa 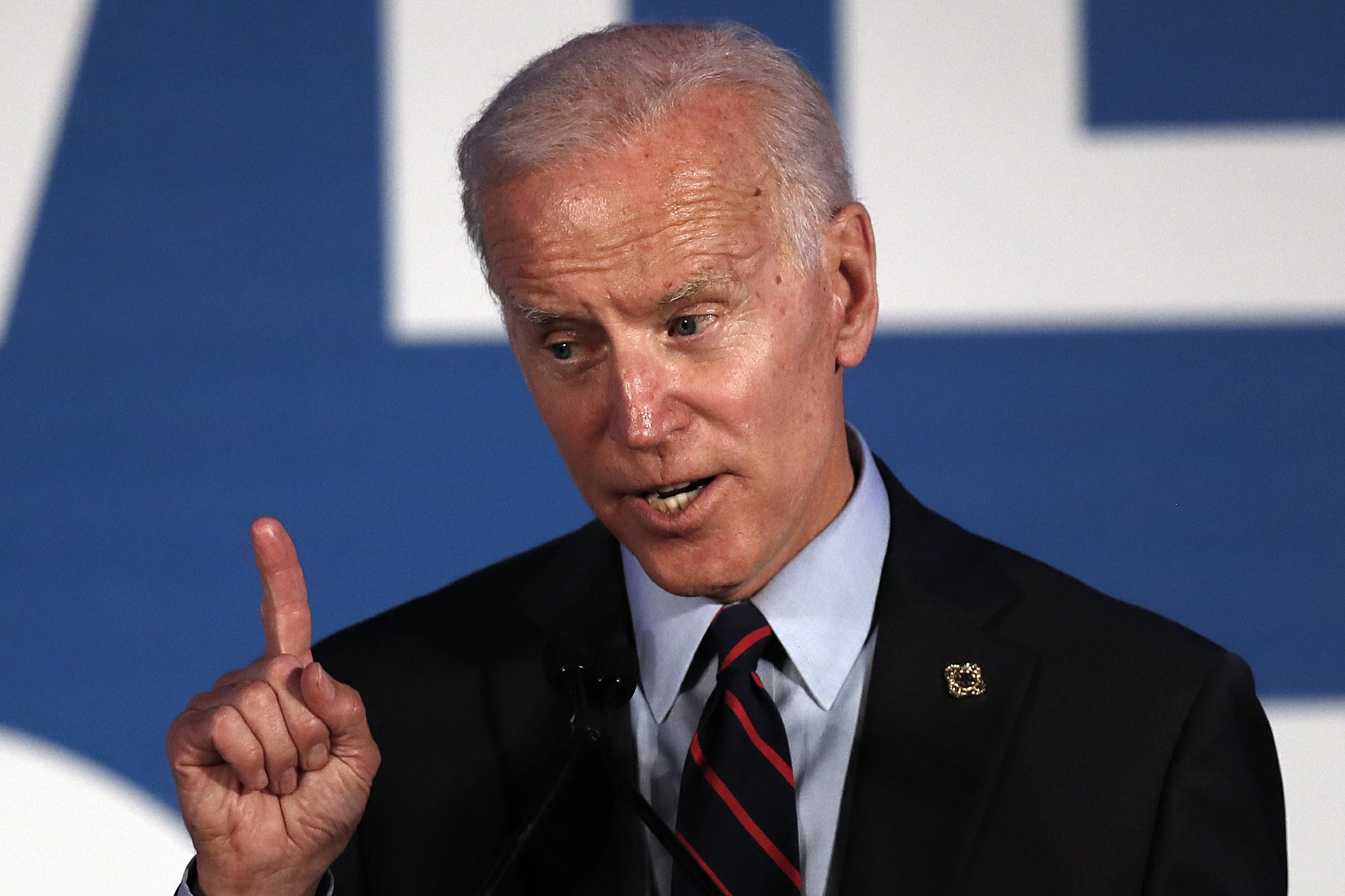 Democrat Joe Biden is assailing President Donald Trump on trade and broadly branding him as “existential threat to America” in a preview of what the country might expect if he prevails in his party’s primary contest. The president, also coming to Iowa on Tuesday, was likely to have some choice words in response.

Biden was expected to zero in on the economy— an issue the president often promotes as his chief strength in a time of low unemployment — during a speech in Davenport, a center of eastern Iowa’s agricultural manufacturing industry.

“How many sleepless nights do you think Trump has had over what he’s doing to America’s farmers?” Biden will ask, according to prepared remarks. “Zero.”

Though the Democratic nomination is early and fluid, the visits to Iowa offer a glimpse into what a Trump-Biden matchup would look like if the former vice president wins the nomination. Even before they landed in the state on Tuesday, it was clear the fight would be tough.

Trump and Biden have been circling each other for months .

Despite the private counsel of his advisers, Trump has thrown a steady stream of public insults at Biden. Since March, Trump has mocked or criticized Biden on Twitter nearly 40 times.

In one of his most brazen attacks, during a recent state visit to Japan , Trump echoed North Korean leader Kim Jong Un’s description of Biden as “low-IQ.”

Biden, in turn, has hit at Trump. At a recent Houston fundraiser, Biden vowed not to “get down in the mud wrestling with this fella,” only to say later at the same event, “We all know this guy doesn’t know anything.”

Both men have something to prove during this trip.

For Trump, the biggest concern in this state dominated by agriculture interests is trade. He begins his trip in Council Bluffs to tour and speak at Southwest Iowa Renewable Energy, which produces and sells the corn-based fuel additive ethanol, before addressing an Iowa GOP dinner in Des Moines.

He’s expected to highlight his efforts to help farmers hurt financially from Chinese tariffs on US agriculture products, measures that were imposed last year after Trump slapped levies on Chinese imports.

Trump also is likely to try to sell farmers on the US-Mexico-Canada trade deal, which remains to be ratified by lawmakers in each country. Supporters of the deal, which is an update to the North American Free Trade Agreement, feared that Trump’s recent threat to impose tariffs on Mexico over illegal immigration would jeopardize the pact’s passage by US lawmakers. But Trump announced an agreement with Mexico late last week and delayed the tariffs for the time being.

The president, however, has been stung by criticism that what he announced Friday resembled steps Mexico had already agreed to take. He lashed out Monday in a pair of tweets in which he teased a secret deal with Mexico to be announced soon. Mexico countered that no secret deal was in the works.

For his part, Biden’s trip comes after he roiled the Democratic contest last week by saying he supported a prohibition on federal funds supporting abortion. After an outcry from women’s groups and most other Democratic candidates , he backtracked and said he would support the repeal of the Hyde Amendment.

On the weekend, more than a dozen of Biden’s Democratic rivals were in Iowa for a party dinner. Several aimed veiled barbs at the former vice president for skipping the event and framed him as someone unable to bring the country into the future.

According to his prepared remarks, Biden will say he was at his granddaughter’s high school graduation.

“I guess some folks were surprised I made that choice, but I don’t know why,” he will say. “There are some things more important than running for president.”