WORLD Biden calls for unity ahead of 9/11 anniversary

Biden calls for unity ahead of 9/11 anniversary 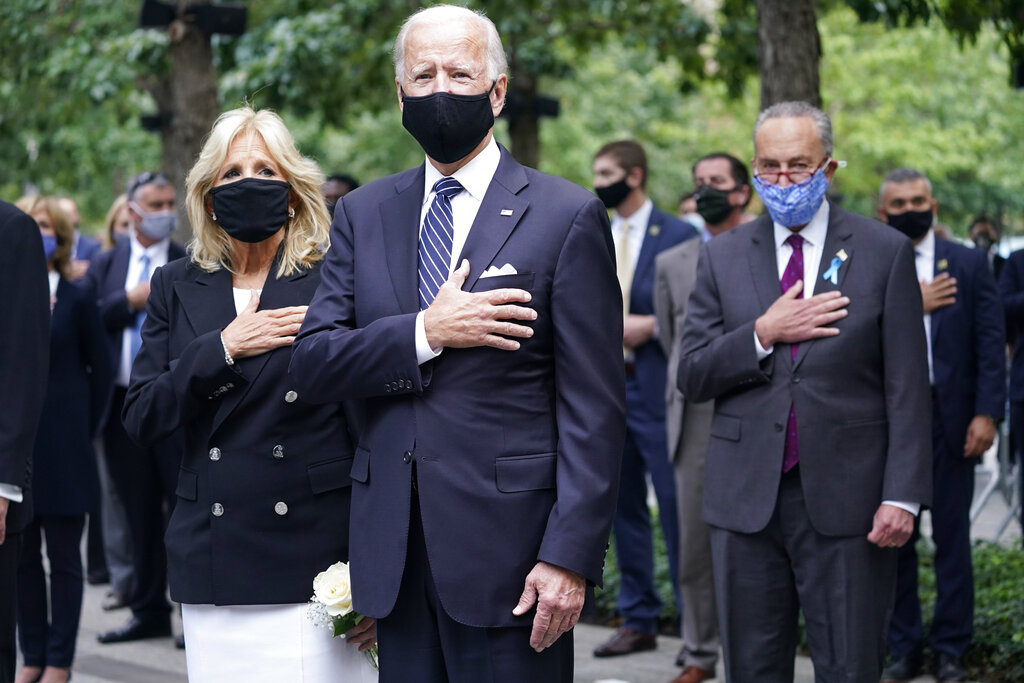 Biden stands for the pledge of allegiance during a ceremony marking the 19th anniversary of the 9/11 terrorist attacks at the National September 11 Memorial & Museum, Friday, Sept. 11, 2020, in New York. (Photo: AP)

US President Joe Biden has urged Americans to show unity, "our greatest strength," in a video posted Friday, on the eve of the 20th anniversary of 9/11.

"To me, that's the central lesson of September 11th. It's that at our most vulnerable, in the push and pull of all that makes us human, in the battle for the soul of America, unity is our greatest strength," Biden says in a six- minute message from the White House.

On Saturday he and First Lady Jill Biden will go to the three locations of the September 11, 2001 attacks: New York, the Pentagon and a field in Pennsylvania.

But Biden, much criticized for his management of the US withdrawal from Afghanistan and struggling to contain the Covid-19 pandemic, is not expected to speak in public during the ceremonies.

"Unity doesn't mean we have to believe the same thing, but we must have a fundamental respect and faith in each other and in this nation," Biden says in his video remarks.