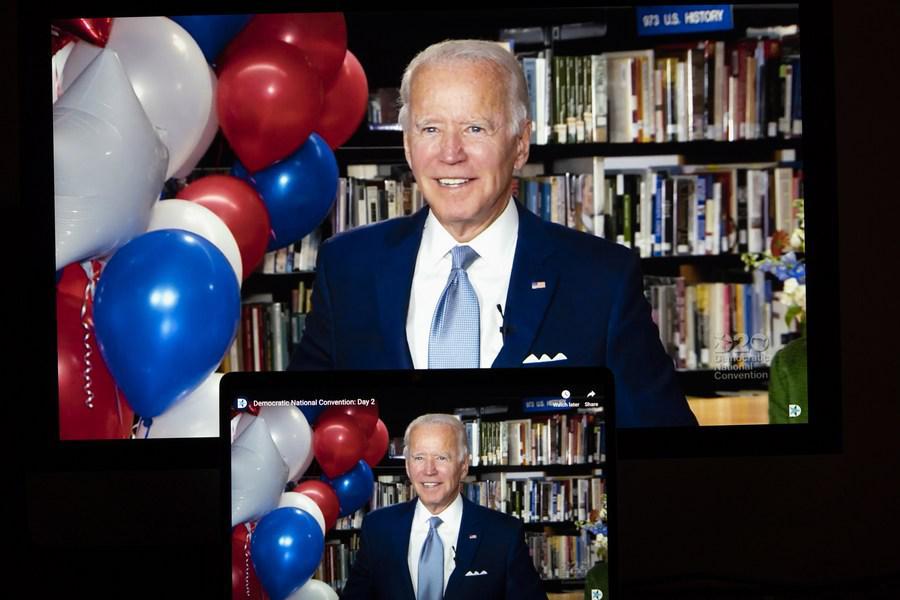 As of Wednesday afternoon, more than 75 million votes have been cast, more than half of the total number of votes cast in the 2016 election.

WASHINGTON, Oct. 28 (Xinhua) -- U.S. Democratic presidential nominee Joe Biden cast early ballot in his home state of Delaware on Wednesday, telling reporters afterward that he is able to work with Republicans on improving the Affordable Care Act to give Americans better health care.

Regarding the ACA, also known as Obamacare, the former vice president said, "I do have a proposal that relates to how we can improve the Affordable Care Act beyond what it was before, which Barack (Obama) and I wanted to do at the time to add a public option, allowing people to keep their private insurance, if that's what they want to do, making it more affordable to get a better plan."

President Donald Trump voted Saturday in Palm Beach, Florida, the state to which he changed his resident status from his native New York in 2019. He said he "voted for a guy named Trump."

As of Wednesday afternoon, more than 75 million votes have been cast, more than half of the total number of votes cast in the 2016 election, according to the U.S. Election Project, a turnout-tracking database.