President-elect Joe Biden criticized the Trump administration Tuesday for the pace of distributing COVID-19 vaccines and predicted that "things will get worse before they get better" when it comes to the pandemic. 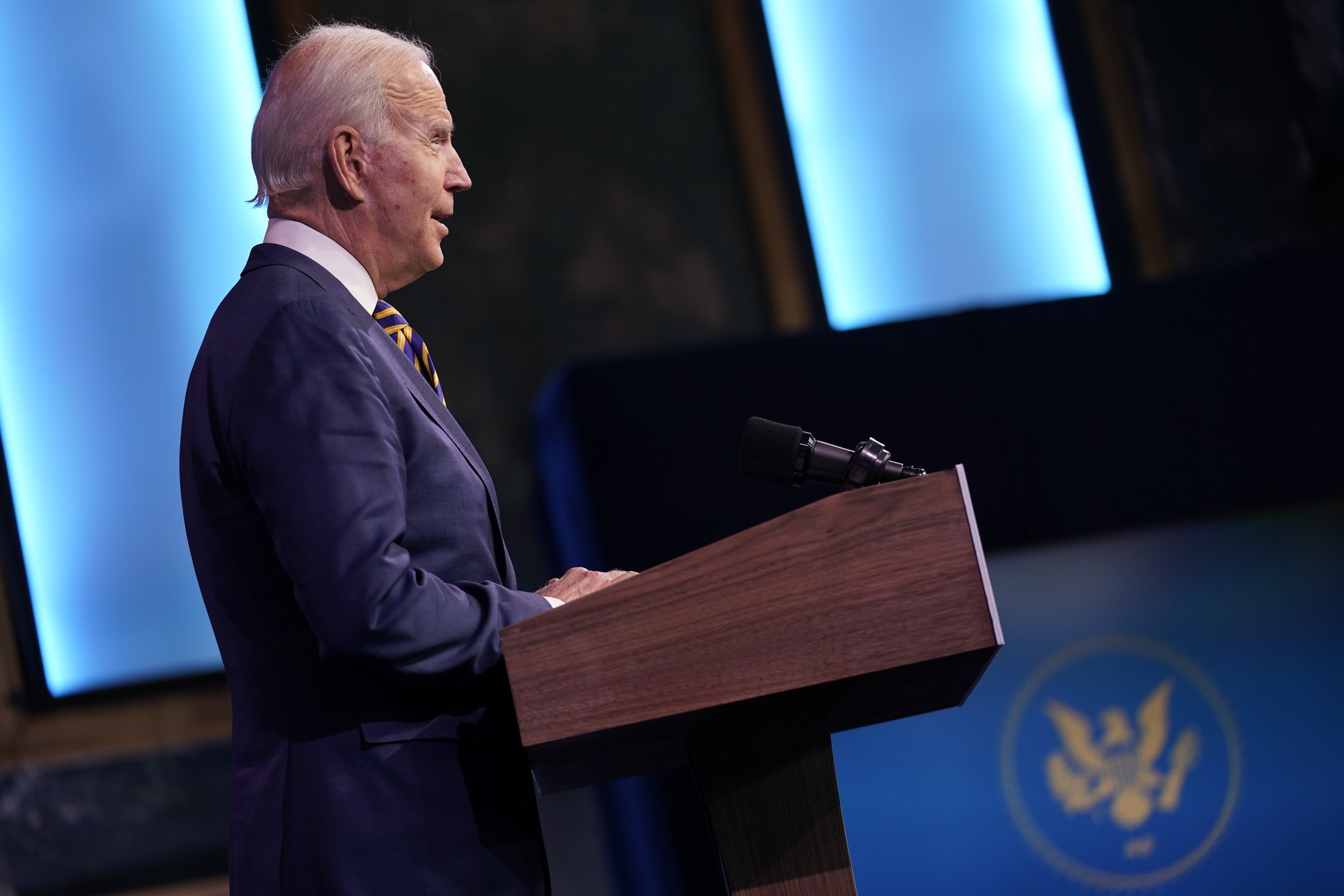 "We need to be honest — the next few weeks and months are going to be very tough, very tough for our nation. Maybe the toughest during this entire pandemic," Biden said during remarks in Wilmington, Delaware on Tuesday.

His comments come as the coronavirus pandemic has killed more than 336,000 Americans, with experts warning holiday travel and gatherings could precipitate yet another spike in virus cases even as the virus has already been surging in states nationwide.

Biden encouraged Americans to "steel our spines" for challenges to come and predicted that "things are going to get worse before they get better."

He also went after the Trump Administration over their vaccination efforts, warning that the project, dubbed Operation Warp Speed, is moving at a slower pace than needed.

"As I long feared and warned the effort to distribute and administer the vaccine is not progressing as it should," he said.

Earlier this month, Trump administration officials said they planned to have 20 million doses of the vaccine distributed by the end of the year. But according to data provided by the Centers for Disease Control, just over 11.4 million doses have been distributed and only 2.1 million people have received their first dose.

At the current pace, Biden said "it's gonna take years, not months, to vaccinate the American people."

President Donald Trump deflected Biden's critique. "It is up to the States to distribute the vaccines once brought to the designated areas by the Federal Government," he tweeted Tuesday. "We have not only developed the vaccines, including putting up money to move the process along quickly, but gotten them to the states."

Biden, who takes office Jan. 20, said he has directed his team to prepare a "much more aggressive effort, with more federal involvement and leadership, to get things back on track."

The president-elect said he would "move heaven and earth to get us going in the right direction."

He set a goal of administering 100 million shots of the vaccine within his first 100 days in office, but said to accomplish that, the pace of vaccinations would have to increase five to six times to 1 million shots a day. Even with that pace, however, Biden acknowledged it "will still take months to have the majority of Americans vaccinated."

Biden has made combating the coronavirus pandemic a central focus of his transition work. He has pledged that one of his first acts as president will be to release a comprehensive coronavirus aid bill to Congress that will include funding for expanded vaccinations and testing, among other things. He also has a COVID-19 task force working on ways to better streamline the government response to the pandemic and help turn the tide of infections.

Still, Biden warned that it would take months after he's in office for Americans to see positive change in the course of the virus.

"Turning this around is going to take time. We might not see improvement until we're well into March, as it will take time for our COVID response plan to produce visible progress," he said.