Biden declines to call for Cuomo to resign, awaits probe 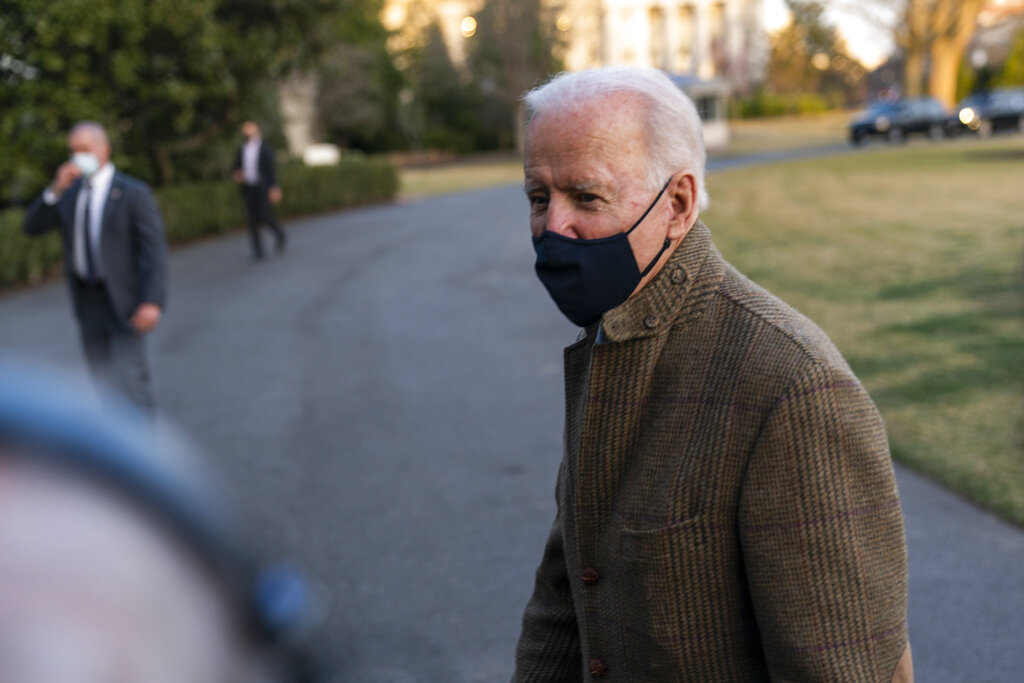 US President Joe Biden speaks to the gathered media members upon arrival at the White House in Washington from a weekend trip to Wilmington, Del., Sunday, March 14, 2021.Photo: AP

US President Joe Biden on Sunday passed up an opportunity to join other Democrats calling for the resignation of New York Gov. Andrew Cuomo, who is under investigation after multiple allegations of sexual harassment.

Asked by a reporter if Cuomo should resign, Biden responded, “I think the investigation is underway and we should see what it brings us.”

Biden, who made the comments upon returning to the White House from a weekend at his home in Delaware, had not previously spoken publicly about the allegations against Cuomo. However, his comments reflect the wait-and-see position the White House has taken regarding Cuomo's future.

On Friday, White House press secretary Jen Psaki would not say whether Biden believes Cuomo should resign. She said every woman who has come forward “deserves to have her voice heard, should be treated with respect and should be able to tell her story.” She has said in past weeks that the president supports the investigation.

Several prominent New York Democrats, including Sens. Chuck Schumer and Kirsten Gillibrand, have called on Cuomo to step down. The three-term governor has refused to resign and has denied he did what has been alleged.

Six women, several of them former members of his staff, have alleged that he sexually harassed or behaved inappropriately toward them. Cuomo has denied touching any women inappropriately.

New York Attorney General Letitia James is leading the investigation into the allegations.