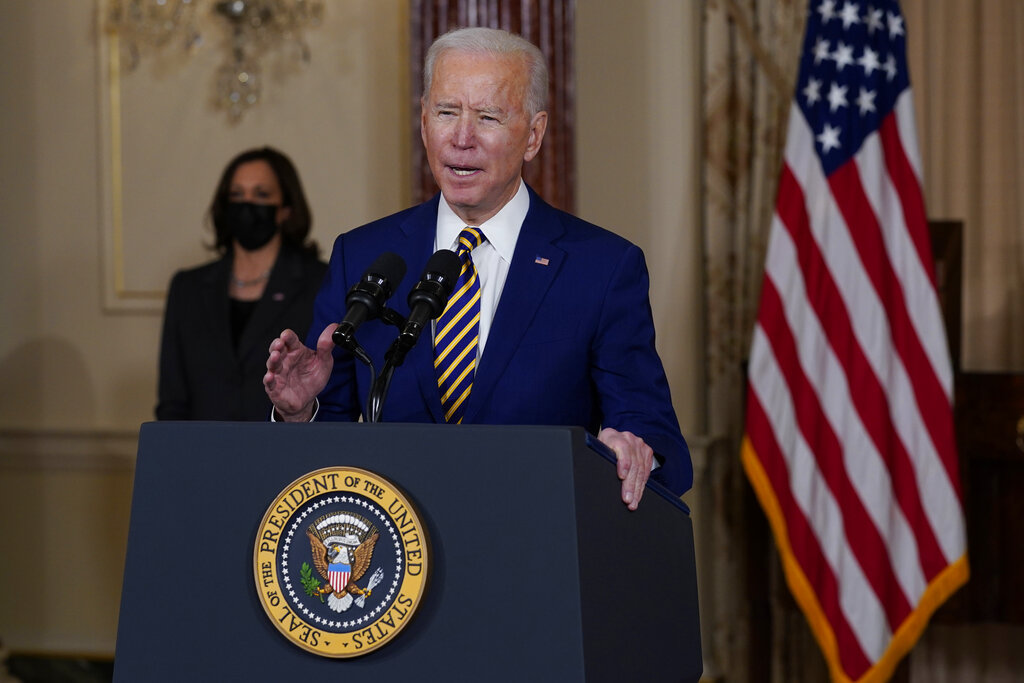 Biden inspected the State Department and delivered two speeches. In the first speech, Biden told State Department employees, "We're going to reengage the world and take on the enormous challenges we face dealing with the pandemic, dealing with global warming and again standing up for democracy and human rights around the world."

In the second speech, Biden outlined his administration’s foreign policy plan. Biden emphasized that “America is back. Diplomacy is back at the center of our foreign policy.”

Biden said that US Defense Secretary Lloyd Austin will be leading a global posture review of US forces. “While this review is taking place, we’ll be stopping any planned troop withdrawals from Germany.”

Biden announced that US will step up its diplomacy to end the war in Yemen. “We’re ending all American support for offensive operations in the war in Yemen, including relevant arm sales,” he said.

Biden also said that he will protect the rights of LGBTQ people around the world.