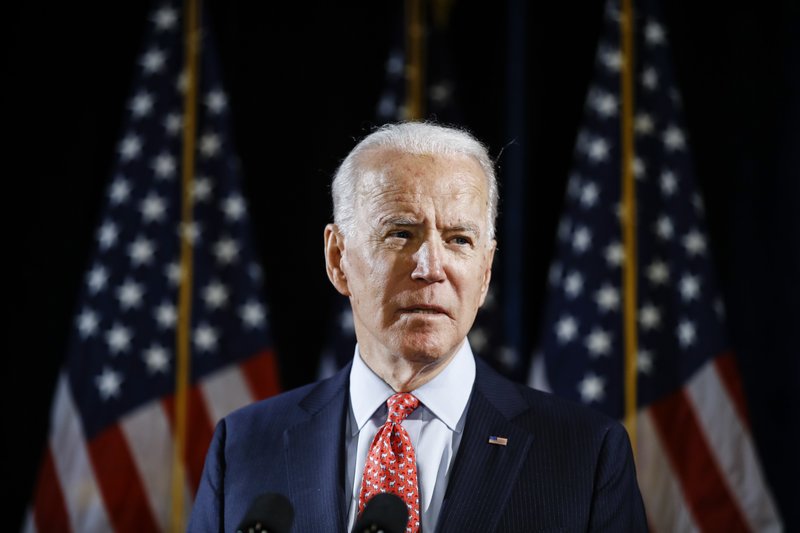 Joe Biden and the Democratic National Committee have expanded their fundraising agreement to include 26 state parties as Democrats look to dent the Republicans’ money advantage and build a national campaign foundation heading into the November election.

The arrangement allows a new $620,600 maximum contribution that a single donor can give to the party at one time. That’s up from the $360,600 cap under the first fundraising deal that the presumptive Democratic nominee signed with the party on April 24. The included state parties can get a maximum of $10,000 from each donor, while Biden is capped at $5,600. The rest goes to the DNC campaign and operating accounts. Biden’s campaign and the DNC planned to file papers for the deal on Saturday with the Federal Elections Commission. The GOP has similar arrangements in place that have given President Donald Trump and the Republican National Committee a head start on building a national organization.

Lara Trump, the president’s daughter-in-law and a campaign adviser, said this past week that the GOP has more than $250 million cash on hand; Biden’s campaign said the Democrats have a combined $103 million. But Democrats said the joint fundraising operation, still in its infancy, positions Biden and the party to keep pace for the remainder of the campaign.

“We’ve seen the momentum build across the country, and we’ll continue to build out the organization that will defeat Trump” and “elect Vice President Biden and Democrats across the country,” said Greg Schultz, Biden’s former campaign manager who is now based at DNC.

The arrangement comes as Biden expands his influence with the national party and works with the DNC and state parties. The idea is to build “coordinated campaigns” in pivotal states where field organizers and volunteers will reach voters on behalf of all Democrats running in November. In addition to trying to unseat Trump, Democrats are looking to retain their House majority and wrest control of the Senate from Republicans.

An examination of the 26 states included in the fundraising agreement reveals how Democrats see the competitive landscape in the fall. Some of them are states Trump won narrowly in 2016, some were carried closely by Hillary Clinton and others have down-ballot races important to the balance of power on Capitol Hill.

The deal also includes some outliers. Biden’s home base of Delaware, a heavily Democratic state, is not viewed as a battleground, though Democrats are defending the governor’s seat this year. Vermont, home to Biden’s last primary rival, Sen. Bernie Sanders, is likewise a safe Democratic state.

Other states could be added.

Michigan Democratic Chairwoman Lavora Barnes, whose state gave Trump his closest margin of victory four years ago, said an influx of money is “critical” to boost what the state party already has done since 2016 to “elect Democrats … in every corner of the state.” Michigan flipped its governor’s office and several congressional districts in the 2018 midterms.

Ohio made the cut as well, with Democrats asserting that Trump’s nearly double-digit margin in 2016 was an aberration, not a sign of a more permanent shift.

O’Malley Dillon has singled out three GOP strongholds as part of an “expanded map” reflected in the fundraising deal. Arizona, Georgia and Texas have seen demographics shifts and progressively closer statewide elections in recent years. Arizona and Georgia combine to have three Republican-held Senate seats on the ballot, as well.

There are notable omissions: Iowa and Maine, for example. Trump scored a comfortable victory in Iowa four years ago, but Democrats in the state have since flipped two congressional districts and are hoping to oust Republican Rep. Steve King in the fall. Maine is home to GOP Sen. Susan Collins, one of the Democrats’ top targets as they try to regain the Senate.