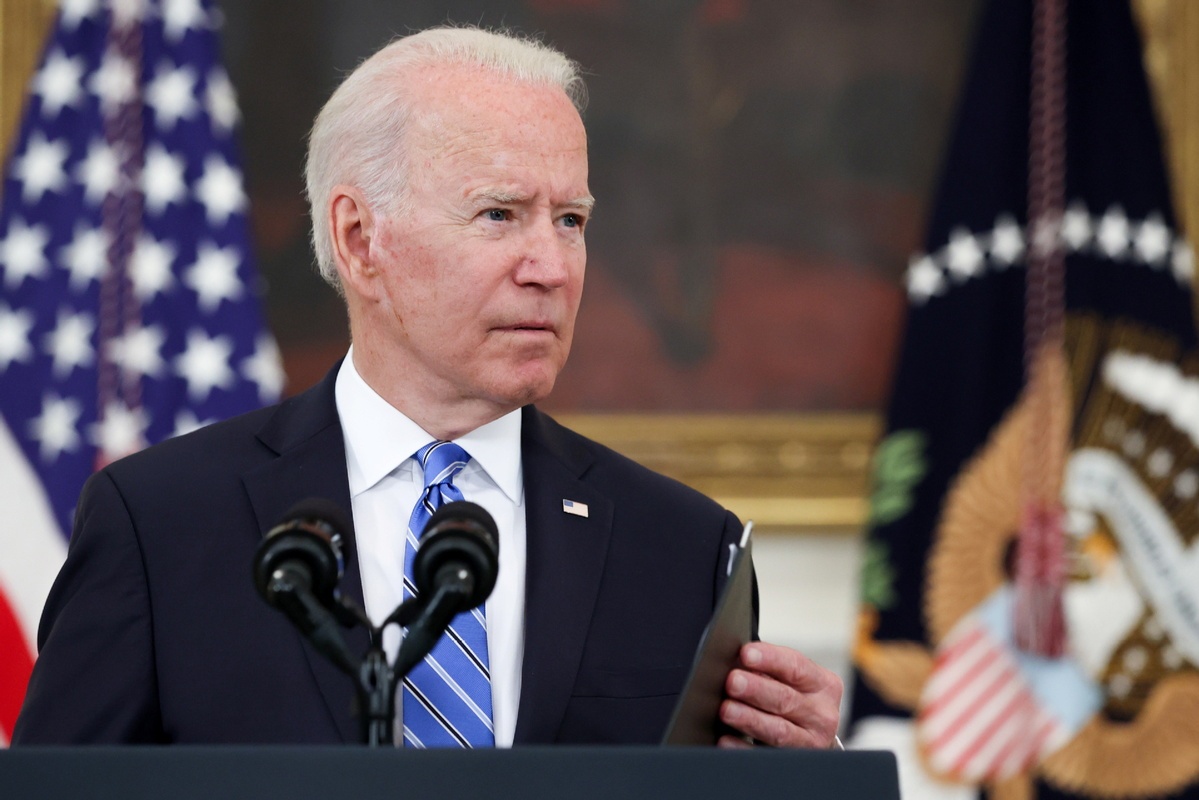 US President Joe Biden delivers remarks on the economy at the White House in Washington, on July 19, 2021. (Photo: Agencies)

WASHINGTON - US President Joe Biden on Monday downplayed inflation fears as lawmakers will vote later this week to begin debate on the bipartisan infrastructure bill.

"Our experts believe and the data shows that most of the price increases we've seen were expected and are expected to be temporary," Biden said in remarks on the economy at the White House, pushing back against fears of persistent inflation.

"The reality is, you can't flip the global economic light back on and not expect this to happen. As demand returns, there's going to be global supply chain challenges," Biden said, adding the so-called transitory effects account for about 60 percent of the price increases over the last few months.

"My administration understands that if we were to ever experience unchecked inflation over the long term, that would pose real challenges to our economy. So while we're confident that isn't what we are seeing today, we're going to remain vigilant about any response that is needed," he said.

The White House is concerned that fears of rising prices could derail Biden's legislative agenda, which includes massive spending packages, according to local media.

"If we make a prudent, multi-year investments in better roads, bridges, transit systems, and high-speed Internet ... it breaks up the bottlenecks in our economy," Biden said.

"These steps will enhance our productivity -- raising wages without raising prices. That won't increase inflation. It will take the pressure off of inflation, give a boost to our workforce," said the president, urging lawmakers to pass the bipartisan infrastructure bill.

Biden also said that he has told Federal Reserve Chairman Jerome Powell that he respects the central bank's independence.

"As I made clear to Chairman Powell of the Federal Reserve when we met recently, the Fed is independent. It should take whatever steps it deems necessary to support a strong, durable economic recovery," he said.

At a congressional hearing last week, Powell said that the incoming inflation data "have been higher than expected and hoped for" and the Fed is monitoring the situation very carefully.

"If we were to see that inflation were remaining high and remaining materially higher above our target for a period of time and that it was threatening to uproot inflation expectations and create a risk of a longer period of inflation, then we would absolutely change our policy as appropriate," Powell said.

US consumer prices in June rose 0.9 percent from the previous month and 5.4 percent from a year earlier, the largest 12-month increase in roughly 13 years, according to the Labor Department.

Former US Treasury Secretary Larry Summers, who has warned the risk of an inflation spike this year, said inflation concerns should temper Biden's ambitions for massive spending increases but not block investments that could enhance productivity in the economy.

"Inflation fears should shape economic policies but it would be tragic if they stopped us from making urgently needed public investments," Summers said in a recent interview with Politico.