As Iran's nuclear program makes troubling advances, President Joe Biden is set to huddle Saturday with European allies to talk through strategy as they press for a diplomatic resolution — and to plan for the possibility Iran declines to return to the negotiating table. 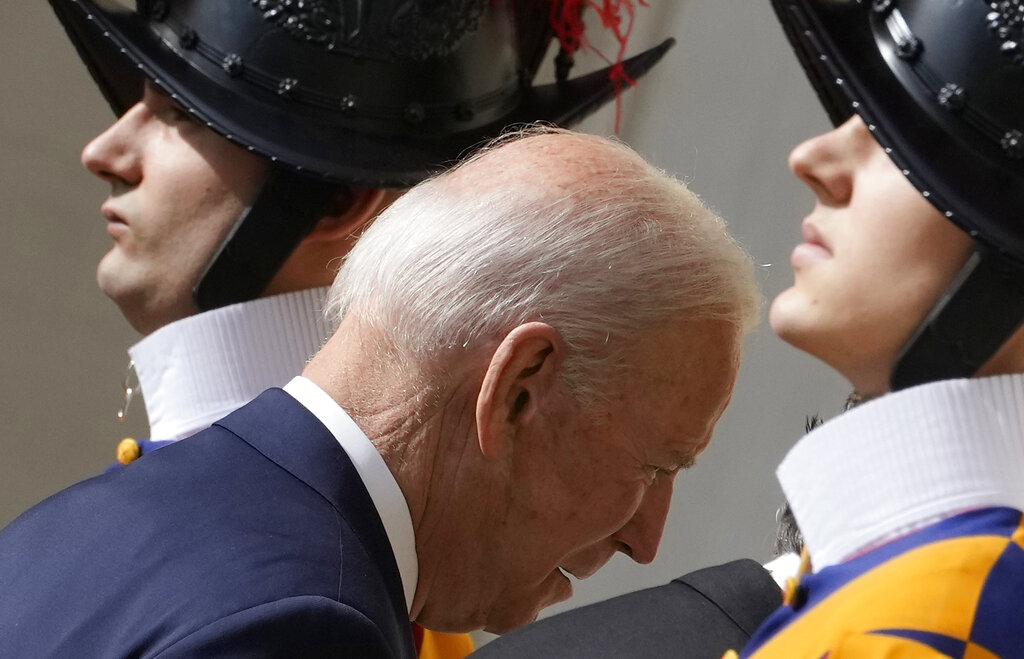 U.S. President Joe Biden arrives for a meeting with Pope Francis at the Vatican, Friday, Oct. 29, 2021. A Group of 20 summit scheduled for this weekend in Rome is the first in-person gathering of leaders of the world's biggest economies since the COVID-19 pandemic started. (Photo: AP)

The meeting with the leaders of Germany, France, and Britain — known as the E3 — comes at a pivotal time, as Iran continues to enrich uranium to near-weapons-grade levels. Biden is trying to revive the 2015 nuclear deal and bring Iran back into compliance with the pact that would have kept the Islamic republic at least one year away from the potential to field a nuclear weapon.

The U.N.'s atomic watchdog has said Iran is increasingly in violation of the deal, known as the Joint Comprehensive Plan of Action. President Donald Trump withdrew the U.S. from the 2015 nuclear deal and the U.S. has participated indirectly in talks aimed at bringing both Washington and Tehran back into compliance. Those Vienna talks have been on hiatus since June, when Iranian President Ebrahim Raisi took power.

Saturday's meeting follows days after Ali Bagheri, Iran’s deputy foreign minister and chief negotiator for the talks, tweeted that Iran has agreed to restart negotiations by the end of November and a date for a resumption of talks "would be announced in the course of the next week."

Sullivan said Thursday that the U.S. was still trying to determine whether Iran was serious about the negotiations.

"It's not entirely clear to me yet whether the Iranians are prepared to return to talks," he told reporters aboard Air Force One as Biden flew to Rome for the Group of 20 summit. "We have heard positive signals that they are, but I think we have to wait and see when and whether they actually show up at the negotiating table."

Sullivan said the group would be sending "clear messages" to Iran that the window for negotiation "is not unlimited."

"We, of course, retain all other options to be able to deal with this program as necessary," he said.

Saturday's meeting comes days after American officials blamed Iran for a drone attack on a remote U.S. outpost in Syria. Officials said Monday the U.S. believes that Iran resourced and encouraged the attack, but that the drones were not launched from Iran.

No deaths or injuries were reported as a result of the attack.

The meeting comes on the sidelines of the Group of 20 summit in Rome, the first stop on Biden's five-day foreign trip that will also take him to a U.N. climate conference in Glasgow, Scotland.

U.S. officials said Biden also was to participate Saturday in a plenary session with other world leaders on the COVID-19 pandemic and economic recovery.

Biden was expected to push for progress toward his goal of establishing a global 15% corporate minimum tax, even as his domestic effort to raise the business rate to that figure was stuck in limbo in Washington.

He was also expected to discuss measures to ease a global energy supply crunch that has led to rising prices, imperiling the global economic recovery.