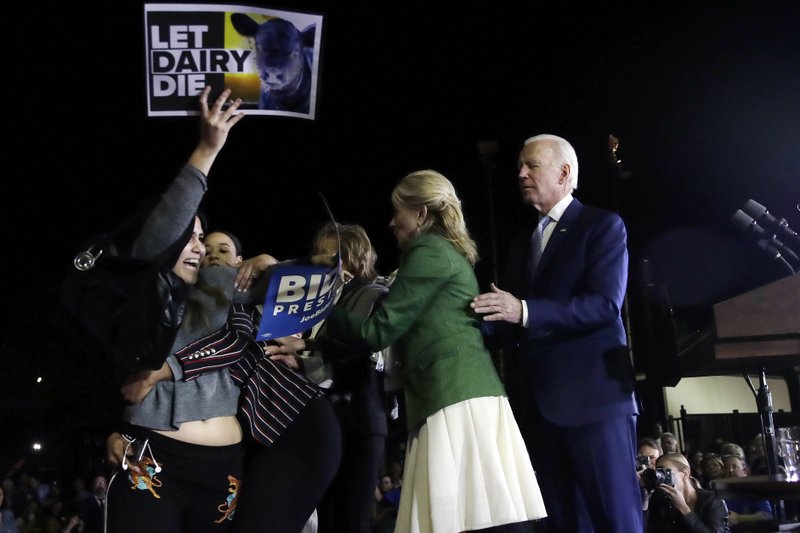 Democratic presidential candidate Joe Biden, who has been repeatedly accosted by protesters on the campaign trail, is receiving US Secret Service protection beginning this week, the agency said.

Biden made the request earlier this month after a handful of testy interactions with protesters at recent campaign events, including one in which two protesters rushed a stage in Los Angeles and came within a few feet (meters) of Biden during a Super Tuesday victory speech. Biden’s wife, Jill, and several staff members, including one trained security officer employed by the campaign, restrained the women and carried them from the stage. Neither the former vice president nor his wife was hurt.

The leading candidates in the 2012 and 2016 presidential contests had Secret Service protection by this point in those races. Neither Biden nor Democratic primary rival Vermont Sen. Bernie Sanders had requested protection until now. Sanders still has not made a request.

The Secret Service protects, by statute, the president and vice president and their families, as well as some other senior government officials. It is also authorized to provide protection to major party presidential candidates, an authority granted after the assassination of Robert F. Kennedy in 1968.

The process for assigning a security detail to a candidate generally requires that campaigns initiate the request for protection. The Secret Service does a threat assessment and consults with Department of Homeland Security officials and a congressional commission made up of the majority and minority leaders of both chambers, plus another member. The ultimate decision on whether to provide protection is made by DHS.

Richmond, one of Biden’s campaign co-chairmen, said members of Congress were “very worried” about the March 3 episode, when the protesters rushed the stage at the Biden speech in California.

At an event in New Hampshire, a man approached Biden from behind. When the man tried to interrupt Biden, Biden’s wife put her arms around the man, turned him around and helped push him away.

Biden isn’t the only candidate to have been accosted at a campaign event. Topless demonstrators crashed a Sanders rally in Nevada in February.