WASHINGTON, Aug. 14 (Xinhua) -- U.S. President Joe Biden said on Saturday that he had authorized the deployment of roughly 5,000 troops to Afghanistan to support personnel drawdown, warning the Taliban not to put U.S. personnel and mission at risk. 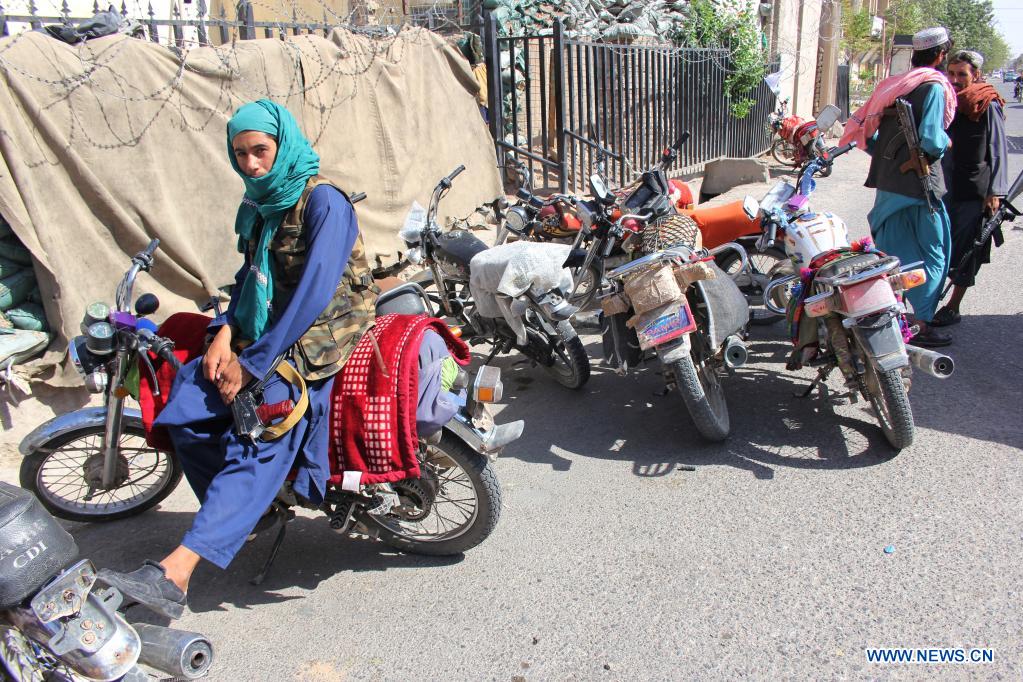 Biden said in a statement that he had authorized approximately 5,000 U.S. troops to make sure an orderly and safe drawdown of the U.S. and allied personnel as well as "evacuation of Afghans who helped our troops during our mission and those at special risk from the Taliban advance."

Biden noted the U.S. military had warned Taliban representatives in Doha, Qatar that any action that put U.S. personnel or mission at risk "will be met with a swift and strong U.S. military response."

Given the deteriorating security situation, the State Department on Thursday announced a further reduction of U.S. personnel in Kabul. The Pentagon ordered three infantry battalions, about 3,000 troops, to deploy to Kabul airport to support the drawdown. In addition, a 3,500-person infantry brigade combat team will head to Kuwait in case additional forces are needed.

A defense official told reporters that Biden on Saturday morning approved to send "the lead battalion of the 82nd Airborne Brigade Combat Team - roughly 1,000 troops - to assist with the State Department's drawdown. The remaining two battalions of that Brigade Combat Team will stage in Kuwait as a ready reserve."

According to the official, the 5,000 U.S. troops in Kabul include roughly 1,000 personnel already on the ground to secure the airport and the embassy, the three infantry battalions set to arrive by the end of the weekend, and newly approved 1,000 soldiers.

The announcement of sending additional troops to Afghanistan came as the Taliban continues to advance on the battlefield. Asadabad city, capital of eastern Kunar province, fell to the Taliban militants earlier in the day, bringing the number of provincial capitals captured by the insurgent group to 20.

In a phone call with Afghan President Mohammad Ashraf Ghani on Saturday, Secretary of State Antony Blinken discussed the urgency of ongoing diplomatic and political efforts to reduce the violence, the State Department said in a statement. Blinken also emphasized U.S. commitment to strong diplomatic and security ties with the Afghan government.

Biden's Saturday move came amid growing criticisms by some Republicans over the situation in Afghanistan.

"This debacle was not only foreseeable, it was foreseen," U.S. Senate Republican Leader Mitch McConnell said in a Friday statement. "The President and his team actively decided against a far more responsible approach to preserving our national security interests and protecting our Afghan partners."

McConnell urged the Biden administration to airstrike the Taliban and provide critical support to Afghan forces to avoid the fall of Kabul. "If they fail to do so, the security threat to the United States will assuredly grow and the humanitarian cost to innocent Afghans will be catastrophic," he warned.