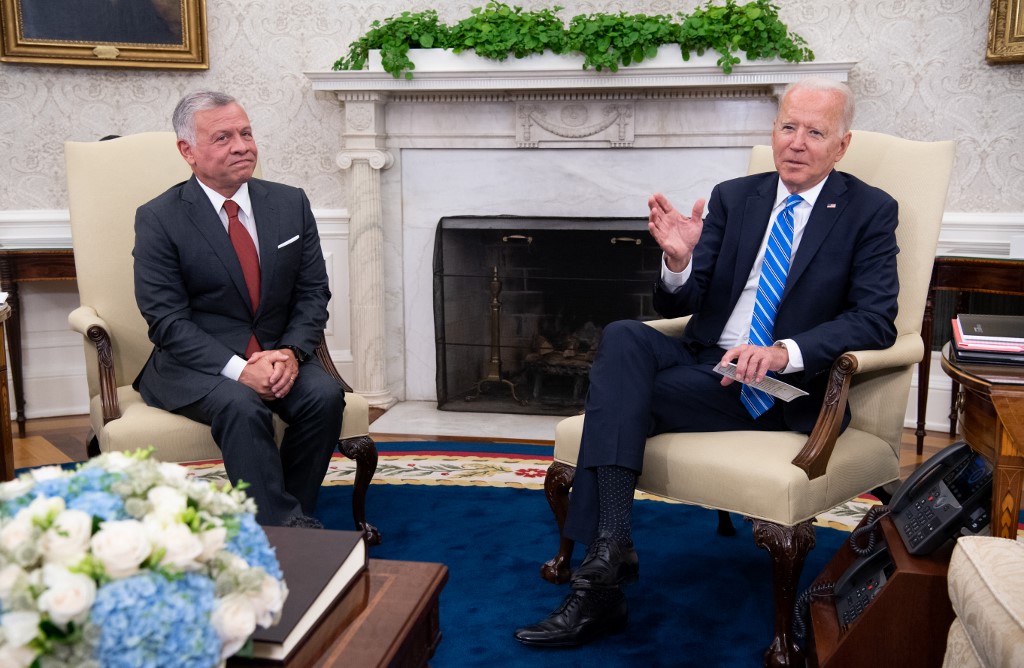 US President Joe Biden (R) and Jordan's King Abdullah II hold a meeting in the Oval Office of the White House in Washington, DC, on July 19, 2021. (Photo: AFP)

Before their bilateral meeting, Biden expressed gratitude to King Abdullah II for his "enduring and strategic relationship with the United States" and "vital leadership in the Middle East."

"We're going to continue to strengthen our bilateral cooperation," he added.

According to a White House readout of their meeting, Biden reaffirmed his support for a two-state solution to the Israeli-Palestinian conflict and respect for Jordan's special role as custodian of Muslim holy places in Jerusalem.

"President Biden commended the important role Jordan plays in the wider stability of the region and welcomed the recent trilateral summit in Baghdad between Iraq, Jordan, and Egypt," said the readout.

The two leaders also discussed bilateral defense cooperation, the situation in Syria, and engagement between Jordan and Israel.

King Abdullah II is the first Arab leader to visit the White House since Biden took office. The Biden administration voiced support for his leadership during a royal rift in April.