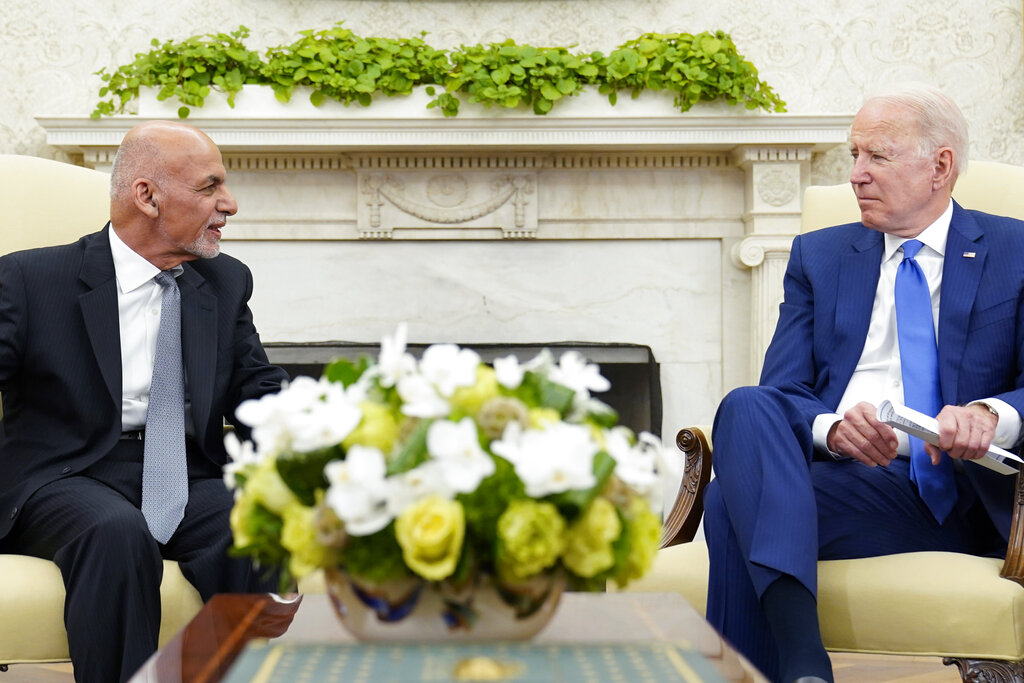 The visit of the two Afghan leaders came amid a deteriorating security situation in Afghanistan as the U.S. military had completed more than half of the withdrawal from the war-torn country.

Biden said at the beginning of their meeting that "our troops may be leaving but support for Afghanistan is not ending in terms of support and maintenance of helping maintain their military as well as economic and political support."

"Afghans are going to have to decide their future ... senseless violence has to stop," he continued.

Ghani noted that the Afghan-U.S. partnership is entering a new chapter, adding that Afghan security forces had retaken six districts on Friday.

The White House later said in a statement that the United States will provide Afghanistan with critical emergency medical assistance and 3 million doses of COVID-19 vaccine through COVAX.

Biden had requested over 3.3 billion U.S. dollars of security assistance for the Afghan military next year, and other forms of financial support will also continue, according to the statement.

Taliban militants have been continuing heavy fighting against government forces since the drawdown of U.S. troops on May 1.

The Taliban, according to its spokesman Zabihullah Mujahid, has captured more than 70 districts over the past month. In the latest development, it occupied Khash District in the northern Badakhshan province on Wednesday.

The Biden administration plans to relocate thousands of Afghan interpreters and others, who worked with the U.S. military and feared Taliban reprisals, to safe locations as they wait for their application for entry to the United States to proceed.

Despite the grave situation on the ground, the Pentagon said earlier this week that it was still committed to the September deadline set by Biden.

Biden announced in April that all U.S. troops would leave Afghanistan before Sept. 11, the 20th anniversary of the terrorist attacks that drew the United States into its longest war.

The Associated Press reported Thursday that the main portion of U.S. forces would complete its withdrawal in the next two weeks, and around 650 troops are expected to remain in Afghanistan to provide security for diplomats.