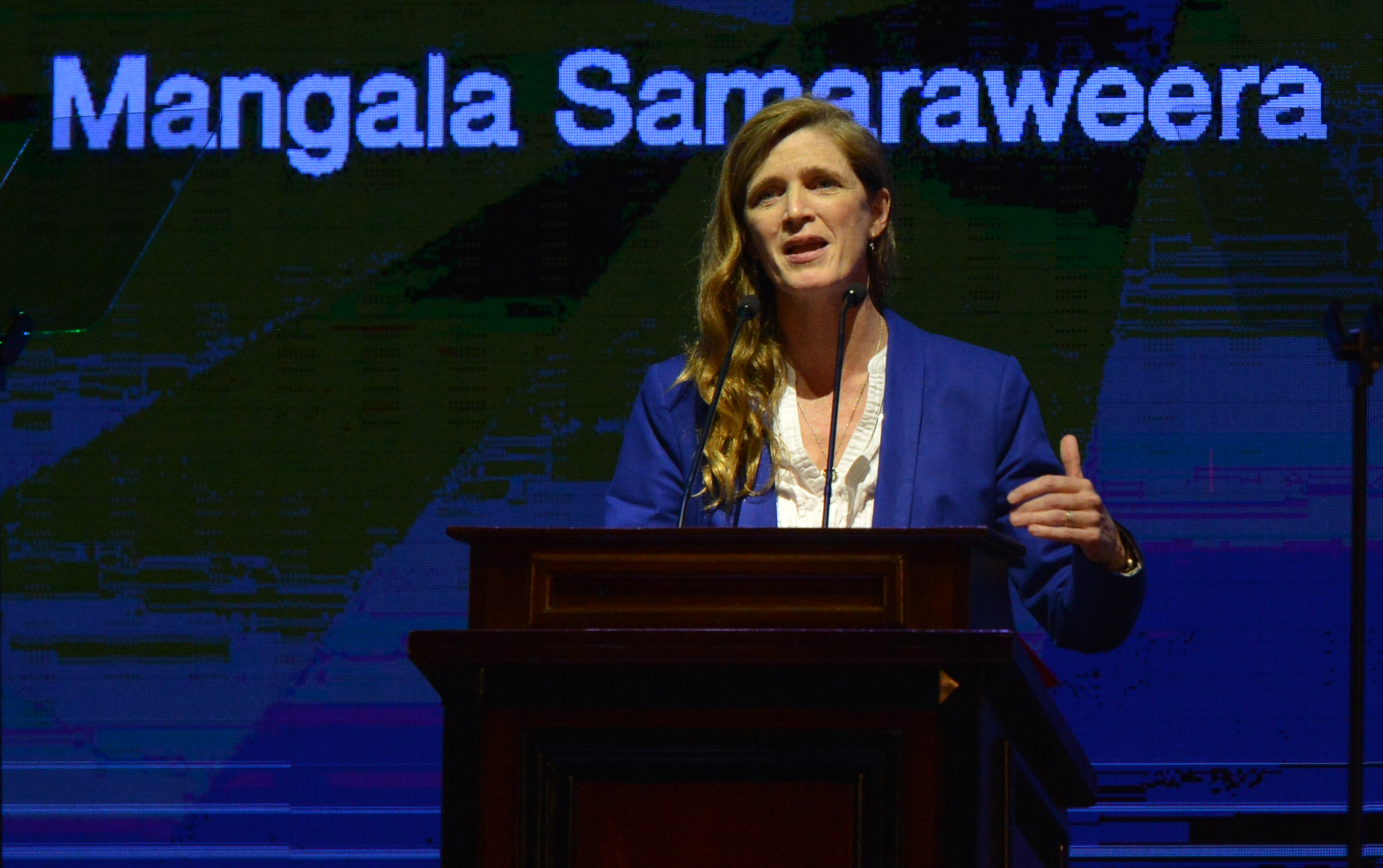 Former US ambassador to the UN, Samantha Power speaks during a ceremony marking 30 years of Sri Lanka’s Finance Minister Mangala Samaraweera as a legislator in Colombo on February 28, 2019. (Photo: AFP)

Power, if confirmed as administrator of the US Agency for International Development (USAID), would sit on the National Security Council along with John Kerry, the former secretary of state tapped as climate envoy -- for the first time giving such prominence to the two issues.

"Samantha Power is a world-renowned voice of conscience and moral clarity -- challenging and rallying the international community to stand up for the dignity and humanity of all people," Biden said in a statement.

"As USAID administrator, Ambassador Power will be a powerful force for lifting up the vulnerable, ushering in a new era of human progress and development and advancing American interests globally."

Power would be the best-known figure ever to lead USAID, a new indication that Biden plans to put a focus on overseas assistance, which Secretary of State-nominee Antony Blinken has said will be "at the center of our foreign policy."

A former war correspondent born in Ireland, Power won the Pulitzer Prize for her 2002 book "A Problem from Hell" in which she critiques the US reluctance to label and prevent genocide around the world.

Power, 50, was an early supporter of Barack Obama who in his second term as president made her US ambassador to the United Nations.

In a memoir published in 2019 entitled "The Education of an Idealist," Power described the struggles to fit her vision into the reality of governance, including her unsuccessful push for more action on Syria by Obama, who feared stronger US intervention would become a quagmire.

At USAID, Power will face an early test in seeing how US assistance can bridge inequalities that have been aggravated by the Covid-19 crisis, which the World Bank has estimated could plunge up to 115 million people worldwide into extreme poverty.

Outgoing president Donald Trump has been a staunch critic of foreign aid, saying the United States should focus on itself, although bipartisan coalitions in Congress have rejected his more drastic proposals of cuts.

The Trump administration has largely seen aid through the prism of competition with China and other powers, with Secretary of State Mike Pompeo boasting that the United States is "the most generous nation in the history of the world."