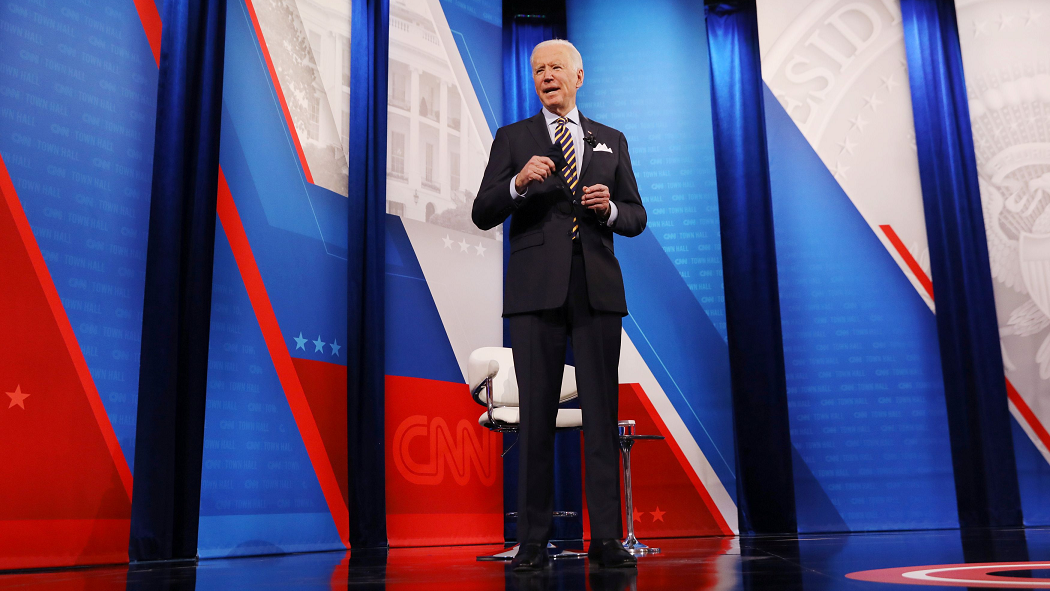 Biden has traveled to his home state of Delaware and to the Camp David presidential retreat since taking office on January 20, but the trip to Milwaukee, Wisconsin's largest city, was his first on official business since becoming president.

At Tuesday's prime-time televised town hall in Wisconsin, Biden expressed optimism that most U.S. schools would be open by late spring, and that by the end of July there would be 600 million doses of the vaccine available, enough to vaccinate every American.

"Now's the time to go big," he said during a CNN prime-time broadcast, as he fielded questions from voters at the landmark Pabst Theater in Milwaukee. "If we pass this bill alone, we'll create 7 million jobs this year."

Seeking support for his $1.9 trillion economic rescue package, the president stressed that his massive virus aid bill already has broad public support. The House is expected to vote on the measure next week.

He also warned that the recovery from the pandemic that has killed more than 485,000 people in the United States would still take many months and urged people to wear masks, maintain social distance and wash hands for the foreseeable future. 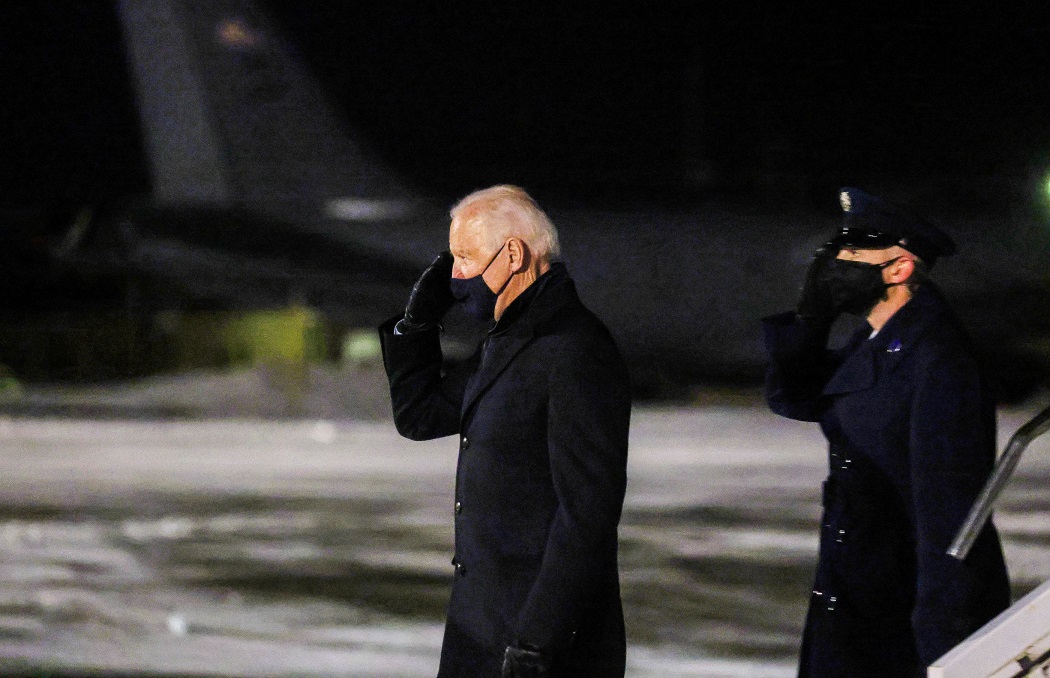 Biden underscored how much he wants to move beyond Donald Trump on Tuesday night, repeatedly refusing to talk about the former president and saying at one point, "I'm tired of talking about Donald Trump. He's gone."

The town hall also touched on a range of issues related to domestic terrorism, immigration and drugs.

Insisting that only the "fringes" are keeping the country apart, Biden said the nation is "not nearly as divided as we make it out to be."

Weighing in on the immigration bill his administration is expected to unveil this week, he affirmed that a pathway to citizenship for undocumented immigrants is essential for any bill he'll support, but also suggested he'd be open to a piecemeal approach to immigration reform rather than a comprehensive bill, if necessary.

On Thursday, he will go to another swing state when he tours the Pfizer plant in Kalamazoo, Michigan, where coronavirus vaccines are being manufactured. And on Friday, Biden will pursue his stimulus bill pitch on the international stage when he addresses the virtual G7 leaders' meeting and the Munich Security Conference.