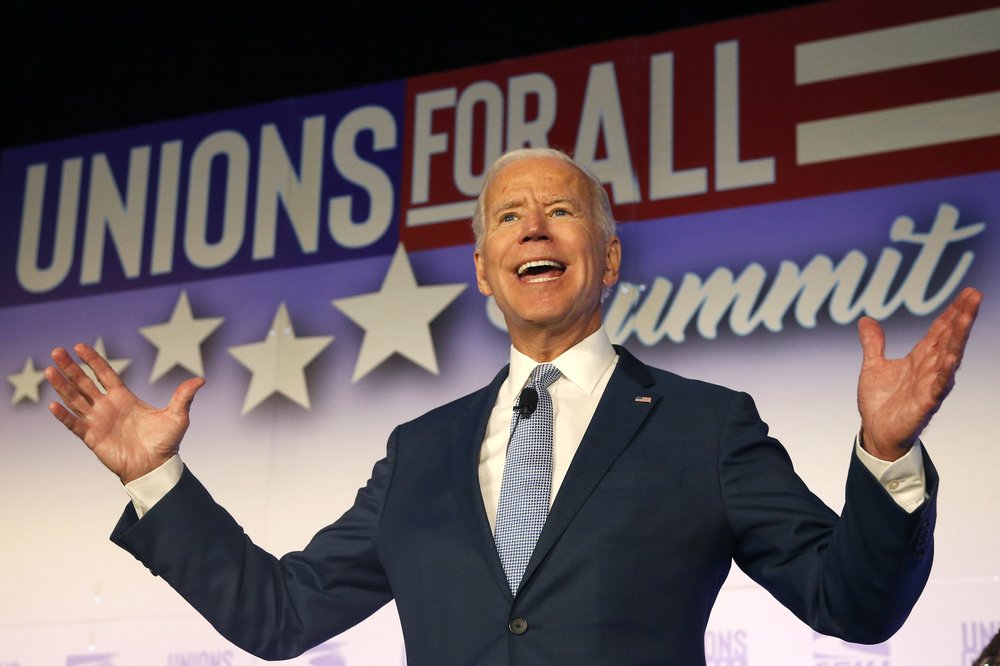 Democratic presidential candidate Joe Biden wants to make community and technical college free and federal college loan programs more generous as he shifts leftward but not as far as his 2020 rivals.

The former vice president’s $750 billion higher education plan represents a major expansion of the federal government’s role in educating Americans beyond high school. But Biden’s pitch Tuesday is not as sweeping as proposals from his more progressive rivals Bernie Sanders and Elizabeth Warren, both of whom offer plans exceeding the $1 trillion mark.

The competing approaches reflect Democrats’ efforts to address spiking tuition costs in the United States and the $1.5 trillion-plus in student debt held by about 45 million Americans. The party’s education policy divide is similar to the gap that separates Biden from the two progressive senators on health care, with the former vice president proposing to expand the federal government’s role in the existing health insurance market, while Warren and Sanders propose a single-payer insurance system that would see the federal government essentially replace private insurance altogether.

“My students inspire me,” she said in a conference call with reporters, “and they ask for one thing in return: opportunity.”

The crux of Biden’s higher education plan is a federal-state partnership to cover community college tuition and technical training. Biden calls for the federal government to cover 75 percent of the tuition costs, with states covering the rest. That’s a similar financing concept to the Medicaid insurance program for the poor and the disabled, with states required to cover some costs to qualify for federal money to cover the majority of the program.

On student debt, Biden’s more limited approach calls for doubling the Pell Grant program for low-income Americans and cutting in half the income percentage caps on student loan repayments. Borrowers now must pay up to 10 percent of their discretionary income. Biden calls for capping payments at 5 percent of discretionary income, while also delaying payments for anyone making less than $25,000, with the borrower accruing no additional interest.

Biden’s plan would forgive any remaining debt after 20 years of payments and would allow borrowers to get out of their debts as part of personal bankruptcy.

Sanders, conversely, proposes eliminating all student loan debt, while Warren calls for broad debt relief based on income. Warren’s idea would cancel $50,000 in debt for each person with household income under $100,000, with additional proportional relief for those making up to $250,000 annually.

Biden and Warren have another noticeable split on for-profit colleges, which have come under scrutiny because their graduates have a much higher default rate on loans as they struggle to find quality jobs. Biden proposes tighter regulations on those colleges to stop them “from profiteering off of students.” Warren calls for banning such businesses from getting federal money altogether.

All three Democratic hopefuls point to proposed tax increases to pay for their spending. Sanders would tax Wall Street transactions. Warren points to her “wealth tax,” 2 cents on every dollar of a household’s net worth beyond $50 million. Biden calls for eliminating certain breaks in inheritance taxes and capping itemized deductions for the wealthiest Americans.