Biden presses ahead with transition planning 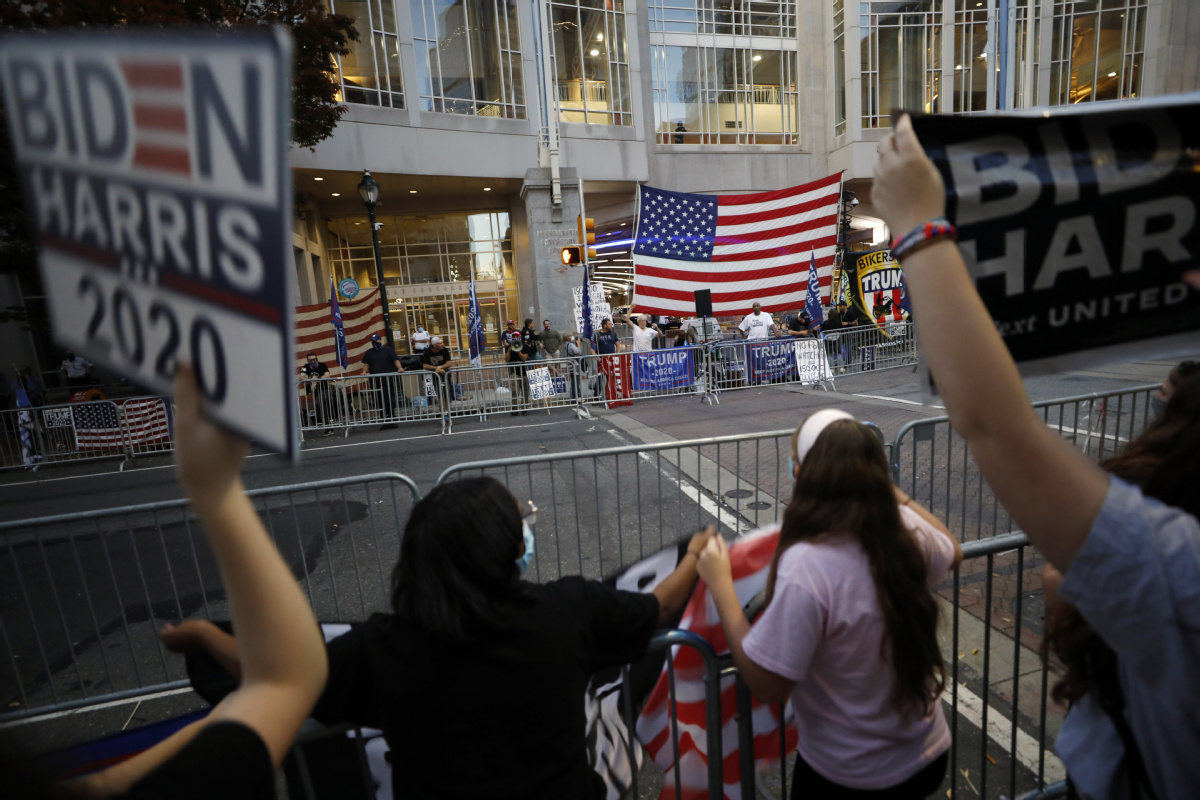 Democrat Joe Biden is forging ahead with plans for assuming power as US president in January, though incumbent President Donald Trump has yet to concede.

Biden has signaled he plans to move quickly to build his government, making tackling the coronavirus pandemic his top priority.

"Biden is vowing a major shift in the way the White House approaches coronavirus" after "Trump repeatedly downplayed its gravity and resisted public health measures including wearing masks and social distancing", BBC reported.

On Saturday, some US media projected Biden's victory in the Nov 3 election after gains in the key battleground states of Pennsylvania and Nevada propelled him over the 270 Electoral College vote threshold required to clinch the White House. Four key states－Georgia, Arizona, North Carolina and Alaska－were still counting votes.

US media reported that Biden is expected to quickly reverse some Trump policies.

According to an adviser, Biden plans to repeal a ban on travelers from several Muslim-majority nations, rejoin the Paris climate accord, reverse Trump's withdrawal from the World Health Organization and buttress a program protecting from deportation people brought to the United States illegally as children, according to Reuters.

Biden said on Saturday that it was time for the US "to heal" and vowed "not to divide but to unify "the country.

"We have to stop treating our opponents as enemies," he said.

Biden also announced plans to reboot the virus-hit US economy by boosting manufacturing, investing in infrastructure, making childcare more affordable and reducing the wealth gap between ethnic groups, according to the Associated Press.

Biden and his advisers will also move forward with the work of choosing officials to serve in his administration.

Asian shares and US futures rose on Monday on relief that the US presidential election was finally decided, though Trump's refusal to concede and threats of legal action remained a cause for uncertainty, AP said.

In recent days, Trump has been confronted with a torrent of conflicting advice over how he should spend the remaining months of his presidency, according to Politico.

Some in his inner circle have encouraged him to battle the election results until the bitter end, while others privately said he should concede to protect his legacy, according to Politico.

Former Republican president George W. Bush congratulated Biden on his victory, saying the American people could have confidence that the election had been fundamentally fair and that its outcome was clear. He also congratulated Trump on a hard-fought campaign.

But other senior Republicans have so far refused to acknowledge the result. The Republican leader in the House of Representatives, Kevin McCarthy, told Fox News that all recounts and legal challenges should be completed, adding: "Then and only then, America will decide who won the race."

Trump's campaign has filed a barrage of lawsuits in various states. Election officials have said there is no evidence that the vote was rigged.

Trump has vowed to contest the election results on several fronts, including the Supreme Court. A recount will be held in Georgia, where the margins are tight, and Trump's campaign also plans to seek recounts in Wisconsin, Pennsylvania and Arizona.

Trump campaign spokesman Tim Murtaugh said on Sunday that the president will hold a series of rallies to build support for the legal fights challenging the outcome, according to Reuters.

Legal analysts said the cases that the Trump campaign is bringing were narrow in scope and not likely to affect the results of the election, Reuters said.

To officially decide who wins the election, 538 chosen electors from the Electoral College will meet to vote on Dec 14.

The new president will officially be sworn in to office on Jan 20.