WORLD Biden pulls ahead of Trump in Georgia, votes still to count: US media

Biden pulls ahead of Trump in Georgia, votes still to count: US media 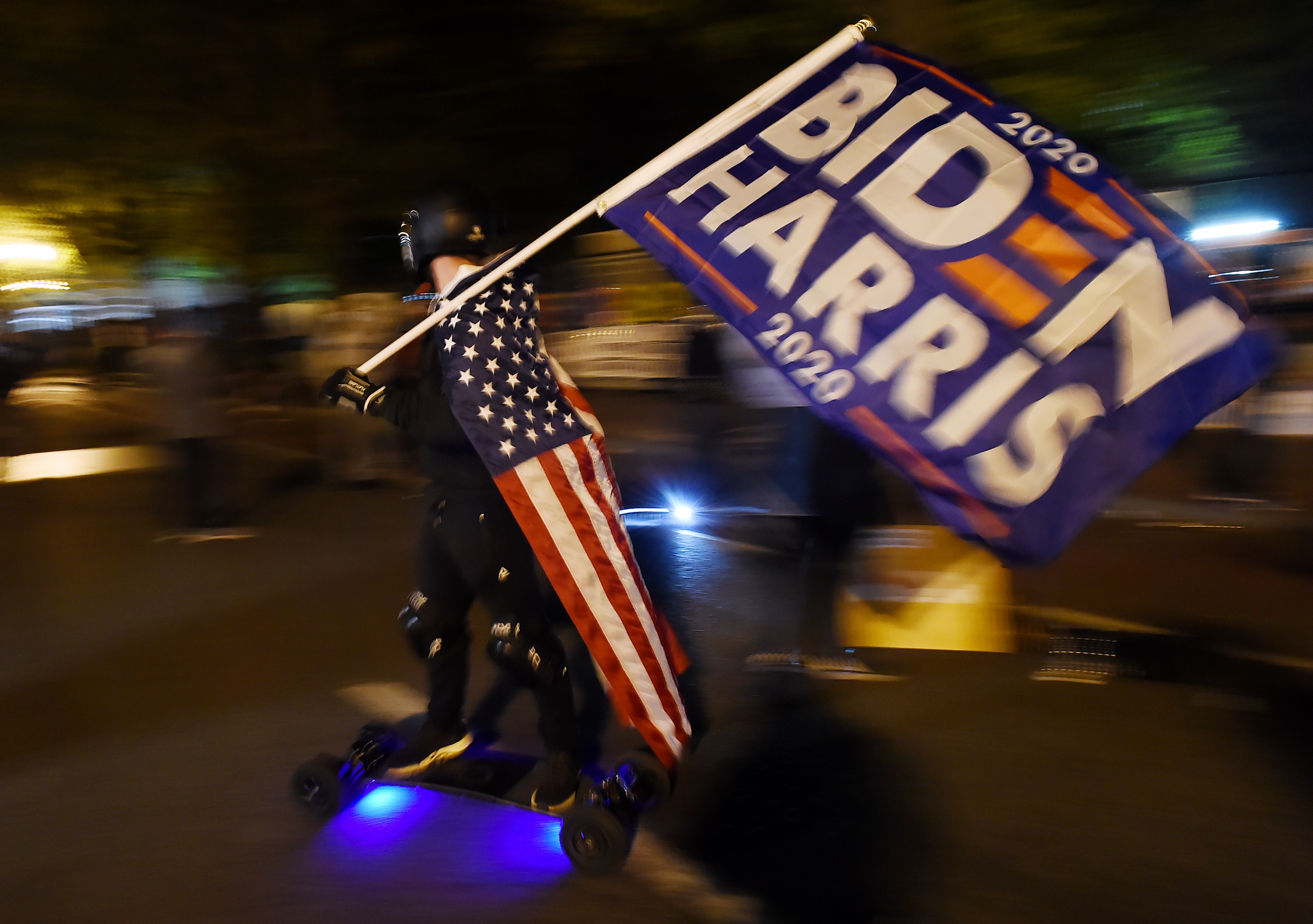 A man waves a Biden-Harris flag as demonstrators gather at Black Lives Matter plaza across from the White House on election night in Washington, DC on November 3, 2020. (Olivier DOULIERY / AFP)

Democrat Joe Biden pulled ahead Friday in the crucial battleground state of Georgia, US media said, with votes still left to count.

The former vice president ate away at President Donald Trump's initial lead in the southern state and is now ahead by 917 votes, CNN and Fox News reported.