WORLD Biden, Putin to hold summit in Geneva in June

Biden, Putin to hold summit in Geneva in June 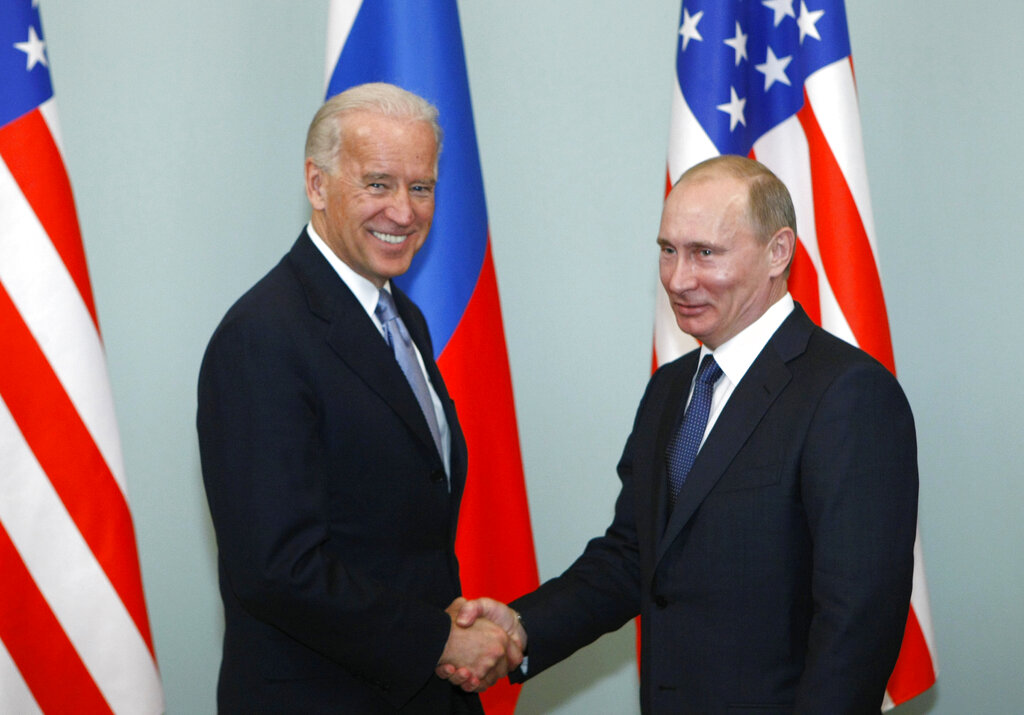 "The leaders will discuss the full range of pressing issues, as we seek to restore predictability and stability to the U.S.-Russia relationship," the White House said in a short statement.

It will be Biden's first in-person meeting with Putin as president. Biden said earlier this month that he expected to meet with Putin during his trip to Europe in June, when he would attend the Group of Seven Summit in Britain and then the NATO Summit in Brussels, Belgium.

The Kremlin also confirmed the meeting in a separate statement.

"We intend to discuss the state of and the prospects for the further development of Russian-U.S. relations, strategic stability issues, as well as topical issues on the international agenda, including interaction in the fight against the coronavirus pandemic and the settlement of regional conflicts," said the Kremlin statement.

Russian Foreign Minister Sergei Lavrov met U.S. Secretary of State Antony Blinken in Iceland last week in a move that was widely perceived as part of the preparation for the summit.

The two officials have expressed willingness to cooperate while admitting "serious differences" amid tense relations.

On Monday, U.S. National Security Advisor Jake Sullivan held consultations with his Russian counterpart Nikolay Patrushev in Geneva. The White House said in a joint statement that their meeting was "constructive" despite "outstanding differences."

"The sides agreed that a normalization of U.S.-Russian relations would be in the interest of both countries and contribute to global predictability and stability," according to the joint statement.

The Biden administration noted it seeks "a more predictable, stable relationship" with Russia.

The much-anticipated Russian-U.S. summit in a third country was first proposed by Biden during a telephone conversation with Putin on April 13, according to the Kremlin.