WORLD Biden, Putin to meet in person in Geneva on June 16

Biden, Putin to meet in person in Geneva on June 16

"The leaders will discuss the full range of pressing issues, as we seek to restore predictability and stability to the U.S.-Russia relationship," the White House said in a short statement.

The Kremlin also confirmed the meeting in a separate statement.

It will be Biden's first in-person meeting with Putin as president. Biden said earlier this month that he expected to meet with Putin during his trip to Europe in June, when he attends the Group of Seven Summit in Britain, followed by the NATO Summit in Brussels, Belgium. 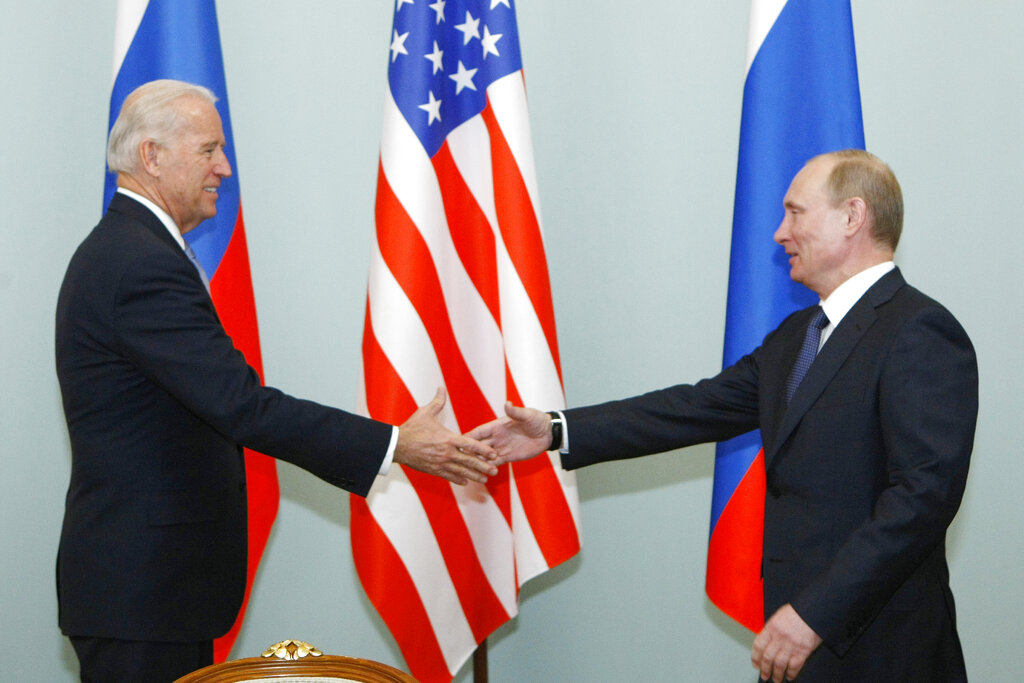 In this March 10, 2011, file photo, then Vice President Joe Biden, left, shakes hands with Russian Prime Minister Vladimir Putin in Moscow, Russia. President Joe Biden will hold a summit with Vladimir Putin next month in Geneva, a face-to-face meeting between the two leaders that comes amid escalating tensions between the U.S. and Russia in the first months of the Biden administration. (Photo: AP)