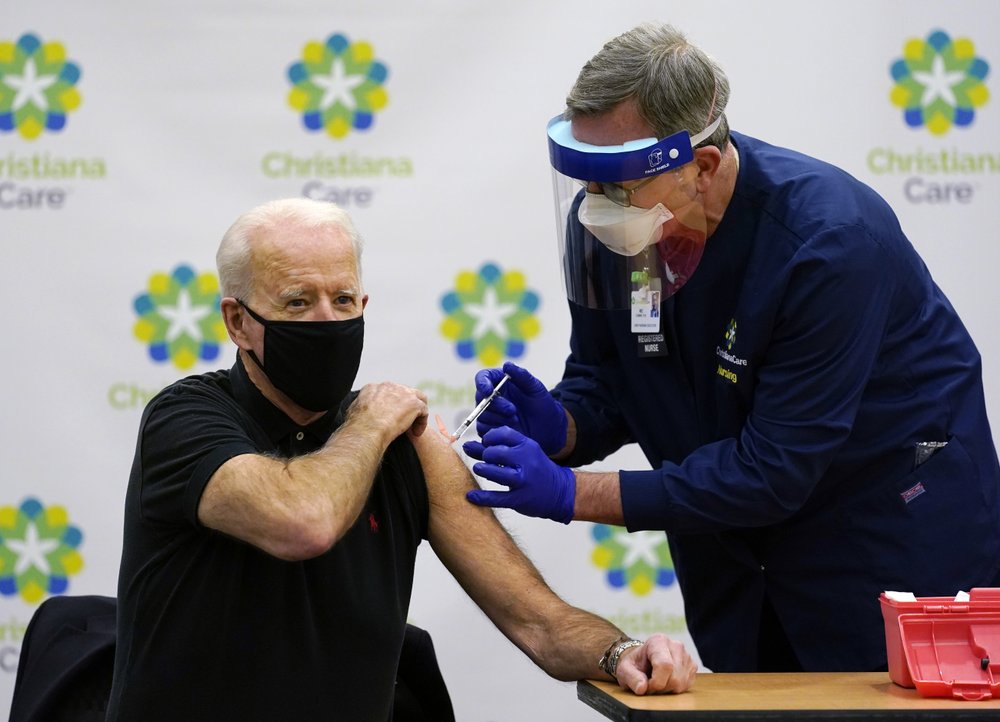 WASHINGTON, Jan. 11 (Xinhua) -- U.S. President-elect Joe Biden on Monday received the second dose of the COVID-19 vaccine, four weeks after he was administered the first shot.

Biden was injected the second dose of the Pfizer-BioNTech vaccine at a hospital in Newark, Delaware, his home state were his transition headquarters is based. He received the first dose on Dec. 21.

Wearing a short-sleeved polo shirt so that the jab can be easily injected into his arm, Biden urged Americans to continue wearing masks, waving a black one of his own.

The Pfizer vaccine - which, together with the Moderna vaccine, is being distributed across the country after gaining emergency use authorization -- requires two doses to be injected several weeks apart. So does the Moderna vaccine.

Biden has recently vowed to release nearly all of the coronavirus vaccines the country now possesses after taking office on Jan. 20, rather than withhold millions of vials to guarantee second doses are available. He also plans to get 100 million Americans vaccinated in his first 100 days in office.

While the rollout of vaccines under the administration of President Donald Trump has been heavily criticized for being too slow that it failed to hit the initial target of delivering 20 million into the hands of Americans by the end of last year, Biden's plan seems to remain fluid, as reports surfaced that Biden vented frustration over the underperformance of his own transition team.

Asked about his disappointment, Biden shrugged off those concerns by expressing confidence in his coronavirus task force. "I'm confident we can get done what we have to get done," said the president-elect, reiterating that some 3,000 to 4,000 Americans dying of the virus per day is "beyond the pale."

Transition officials have complained about the lack of longterm planning by the Trump administration on immunizing the American people.

The United States distributed some 25.5 million vaccine doses as of Monday morning, and administered nearly 9 million first doses, according to data from the Centers for Disease Control and Prevention.

The country still leads by a big margin in confirmed cases worldwide, now topping 22 million and more than doubling the number in second-placed India, according to Johns Hopkins University. Death tally stood above 375,000 as of Monday afternoon, after single-day fatalities surpassed 4,000 for the first time last Thursday.