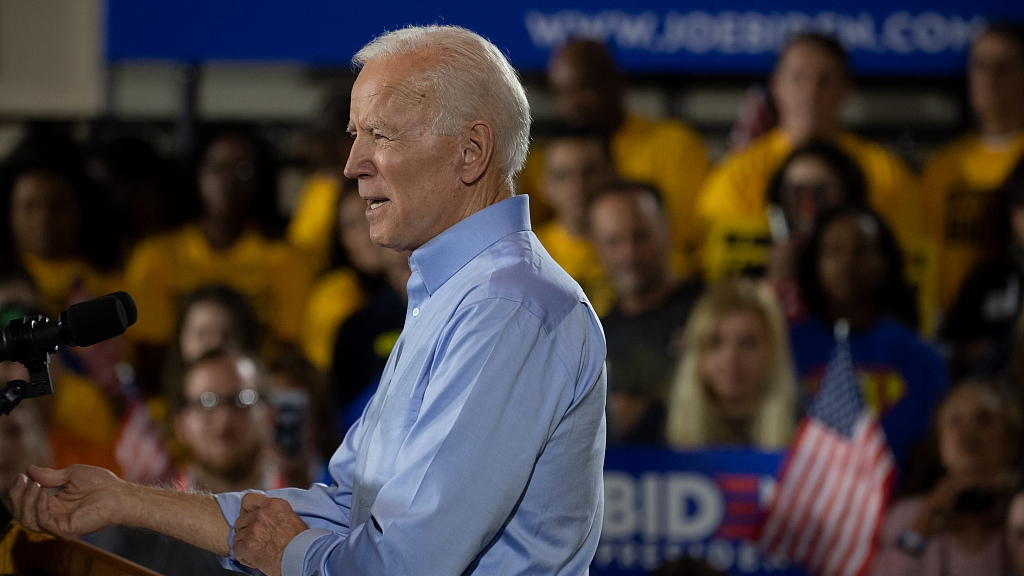 In a dramatic reversal, US Democratic presidential candidate Joe Biden said Thursday he no longer supports Hyde Amendment, a ban on federal funding for abortions.

The move was announced during a speech at the Democratic National Committee's African American Leadership Council summit in Atlanta. He told the crowd that Roe v. Wade decision on abortion is under attack in Republican-held states, and he could no longer support a policy that limits funding.

"We've seen state after state including Georgia passing extreme laws," Biden said. "It's clear that these folks are going to stop at nothing to get rid of Roe."

The turnabout came after a day of sharp criticism from proponents of abortion rights and key Democratic interest groups.

Biden is the front-runner in the race for the 2020 Democratic nomination and a former vice president. His support for the Hyde Amendment had put him out of step with much of the rest of the Democratic Party on an emotional issue.

The amendment, passed in 1976, bans the use of federal funds for most abortions, except in the case of rape, incest or to save the mother's life.

"I can't justify leaving millions of women without access to the care they need and the ability to exercise their constitutionally protected right," Biden said in his speech.

"If I believe healthcare is a right, as I do, I can longer support an amendment that makes that right dependent on someone's zip code," he said.

Lawmakers and liberal activists, including a host of abortion rights groups that are highly influential in the Democratic primaries, criticized his support for Hyde this week.

Meanwhile, Biden's reversal drew critique from his challengers in the presidential race.

Washington Governor Jay Inslee made a tart rebuke on Twitter, saying: "I opposed the Hyde Amendment in 1993. I oppose it today. I will never back down."

Abortion has re-emerged as a central national issue in recent weeks as nine states, including Alabama, Georgia and Missouri, passed restrictive laws this year that all but outlaw the procedure.

The laws aim to prompt court challenges that would make it to the conservative-dominated US Supreme Court with the hope that it would overturn its 1973 Roe v. Wade decision that guaranteed a woman's right to abortion.