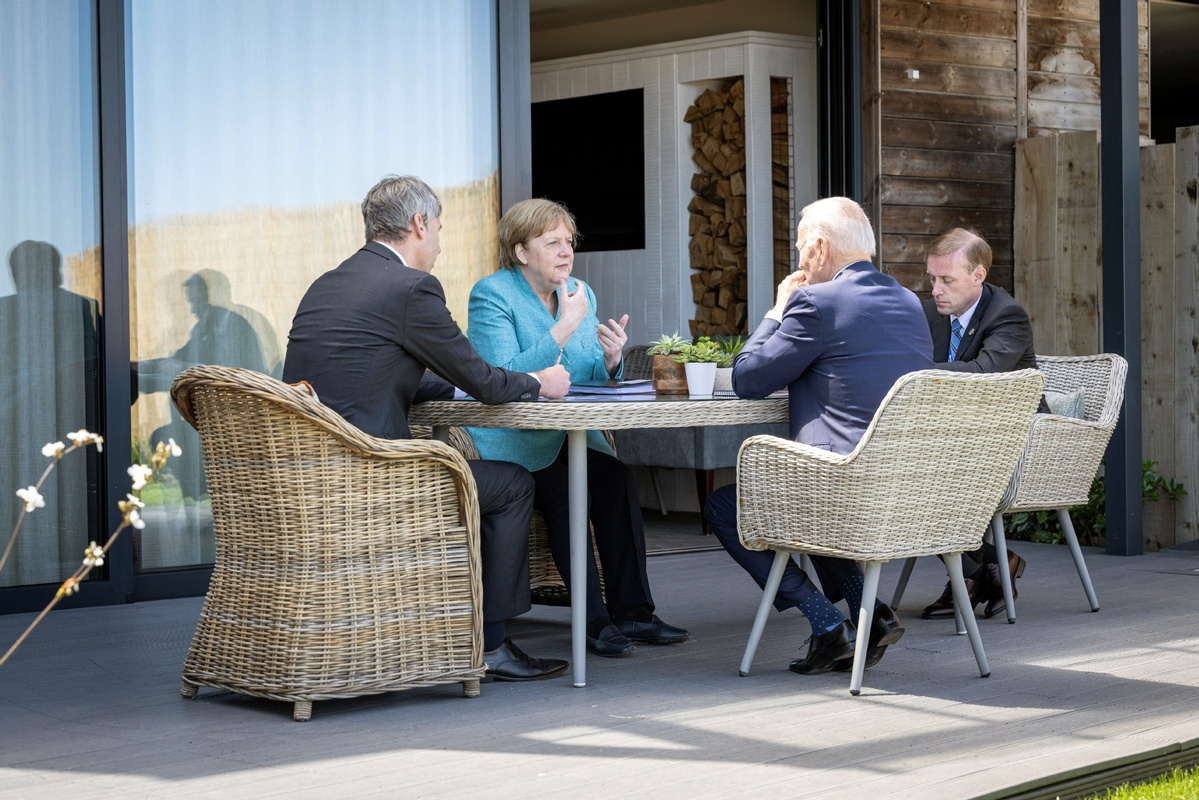 When US President Joe Biden meets European Union leaders on Tuesday for the US-EU summit he will continue to try to push the bloc into his anti-China alliance, but analysts say that EU leaders disagree with the United States' Cold War approach against China.

EU leaders such as German Chancellor Angela Merkel, European Council President Charles Michel and European Commission President Ursula von der Leyen were reportedly among those refusing to endorse Biden's extreme hard-line comments on China at the G7 summit that concluded in the United Kingdom on Sunday.

In Brussels, Biden was due to meet NATO allies on Monday at their first summit since 2018, and attend the first US-EU summit since 2014 on Tuesday before departing for Geneva for talks with Russian President Vladimir Putin on Wednesday.

Thorny issues on steel and aluminum tariffs imposed by Biden's predecessor Donald Trump, long-standing disputes over subsidies to aircraft makers Boeing and Airbus and coordination on technology policy are among the topics for the summit.

The US and the EU are likely to announce a wide-ranging partnership around technology and trade in line with a proposal for the establishment of a EU-US Trade and Technology Council.

The Biden administration has indicated a truce on some tit-for-tat trade retaliations with Europe to coax the EU into its anti-China alliance, under the US' efforts to bring about an economic decoupling from China.

However, the EU doesn't see China as a threat the way the US does. The EU has described its relations with China as complex, regarding the country as a negotiating partner, an economic competitor and a systemic rival at the same time.

Fiona Hill, a senior fellow at the Center on the United States and Europe at the Brookings Institution, said that decoupling with China is "virtually impossible" given China's huge investments in the US financial system. She said that when the US talked about making steel and aluminum all in the US like in a wartime scenario, it worried many Europeans.

"That gives Germans and others a great deal of concern, wondering if we're careening into indeed some kind of Cold War or hot war confrontation with China," Hill, who served as deputy assistant to the US president and senior director for European and Russian affairs on the White House National Security Council from 2017 to 2019, told a seminar on Friday on Biden's trip and transatlantic relations. 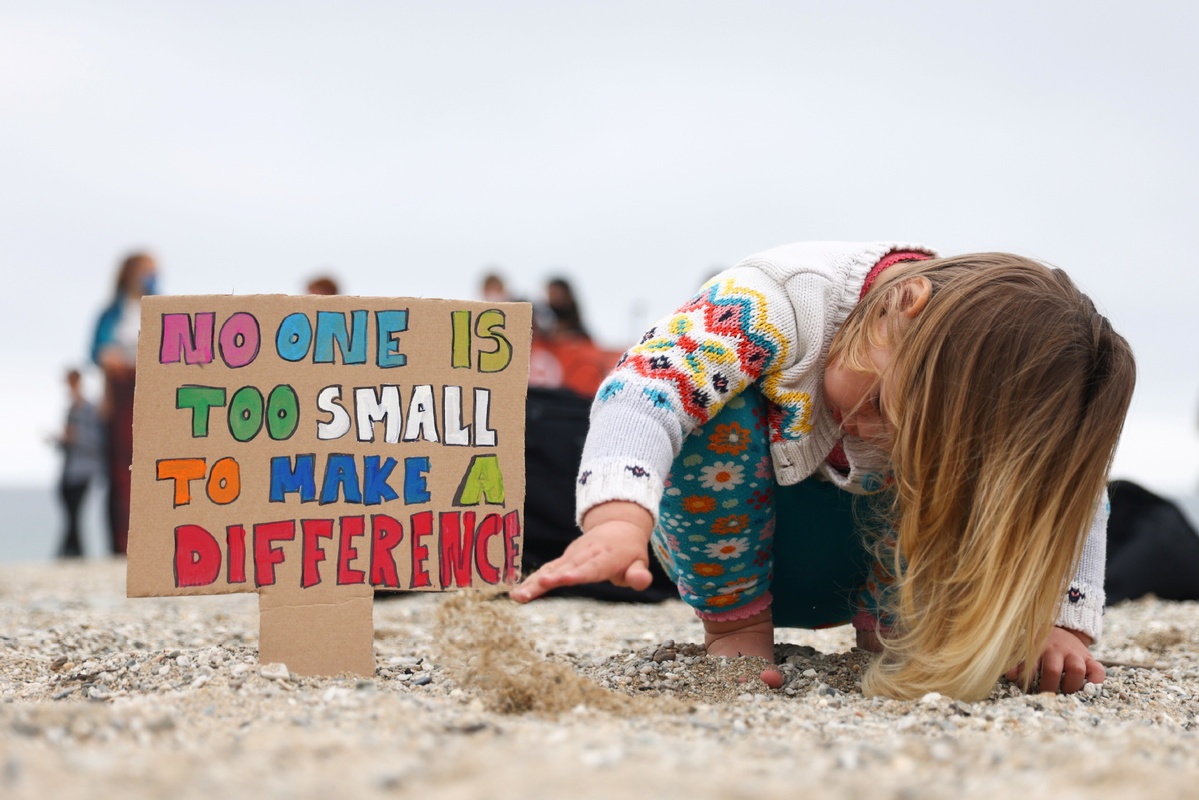 A girl plays with sand during a protest of the Cornwall Climate Youth Alliance in partnership with Fridays for Future and Climate Live, at Gyllyngvase Beach, in Falmouth, on the sidelines of the G7 summit in Cornwall, Britain, June 11, 2021. [Photo/Agencies]

The EU has welcomed Biden on the international scene after four years of tensions with Trump, but the EU is also wary of the consequences of a divided political landscape in the US and the potential return of another populist president after the next US election.

James Goldgeier, also a senior fellow at the Brookings Institution, said that while the EU shares the US' concerns on some human rights issues, it's a lot harder to have a total convergence on economic and technological issues since China is now the EU's biggest trade partner.

David Miliband, president and chief executive of the International Rescue Committee and a former British foreign secretary, said there is a responsibility for nations to pursue cooperation despite differences in political and economic systems.

"I think there are enough big issues where global cooperation is not just necessary but possible alongside system competition," he said on Friday.

Biden's hard-line policy on China also drew criticism from Charles Kupchan, a senior fellow at the Council on Foreign Relations who served as a senior official on European affairs in the administration of Barack Obama.

Kupchan said that even if containment worked against the Soviet Union in the Cold War, a with-us-or-against-us strategy against China will not deliver the same results today.