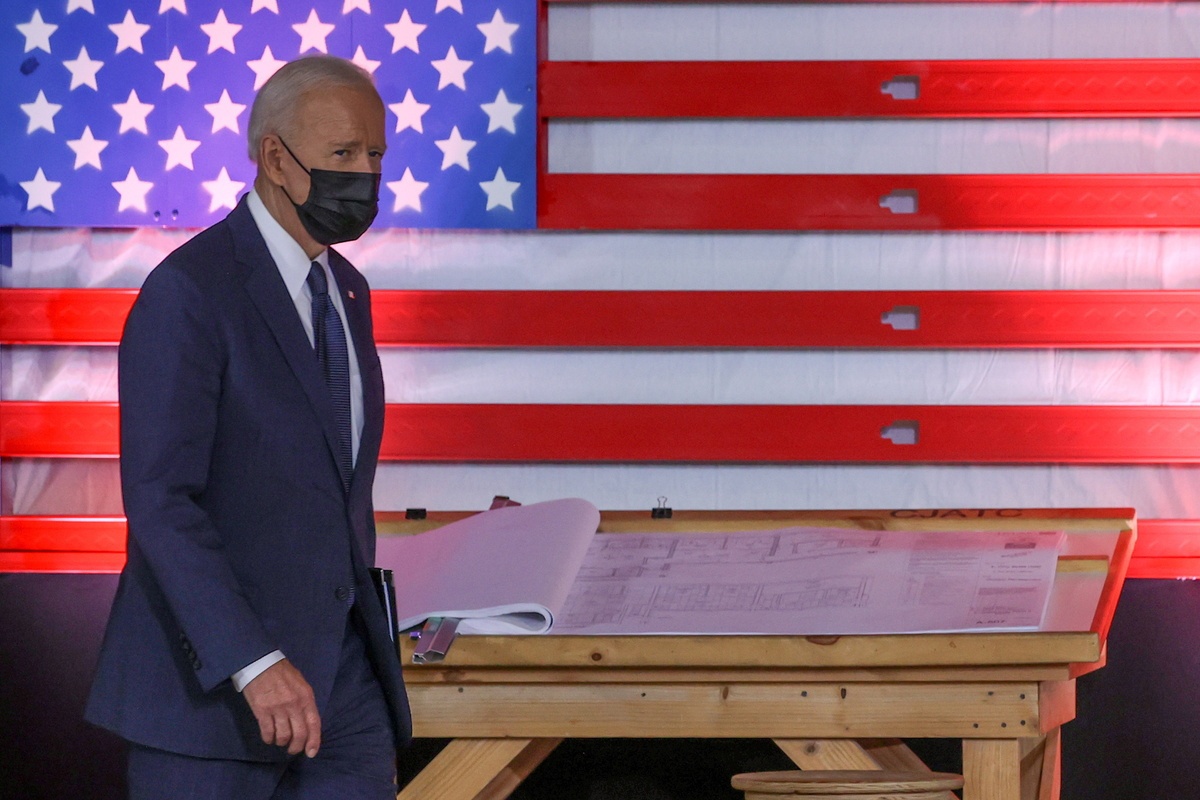 US President Joe Biden arrives to speak about his $2 trillion infrastructure plan during an event to tout the plan at Carpenters Pittsburgh Training Center in Pittsburgh, Pennsylvania, US, March 31, 2021. (Photo: Agencies)

US President Joe Biden began his presidential campaign in Pittsburgh in 2019 and ended it there the night before his election. Choosing the place to outline what his $3 trillion "Build Back Better" plan means for the rebuilding of US infrastructure reflects Biden's eagerness to make big achievements.

Reportedly, he is to announce another plan to improve childcare, public health and other public services some time in April.

However, his ambitious plans to get the United States back on its feet again might not be that easy to realize.

In the first place, his administration has to raise the funds for them. According to the estimates of Morgan Stanley and Goldman Sachs, the two stimulus plans combined might cost at least $7 trillion over the next few years. Considering the Biden administration has already promised about $1.9 trillion to stimulate the economy, it is apparent that it cannot pin all its hopes on printing currency notes, which will unavoidably incur a systemic financial and economic crisis in the US and beyond.

That's why the Biden administration has vowed several times to raise the federal government's tax revenue. However, that will inevitably trigger resistance from those asked to pay more.

And some states openly oppose the Biden administration's green development initiatives, which are part of its first infrastructure-renovation plan, as they think the plan will move their cheese. So even if the federal government can find the money to pay for the plan, it will not be easy to roll out nationwide.

Also, it will take years to renovate the infrastructure in the country. The longer the project lasts, the longer the inflation caused by excessive liquidity of dollar will be, prompting the US to export inflation pressure to the rest of the world.

The launch of the $1.9 trillion rescue package has already rippled through financial markets, showing the extent to which the world pays for the US' superficial prosperity. It is almost predictable that the launch of the two multi-trillion dollar plans in the future will have far-reaching consequences for the world economy, which has not yet seen the end of the long tail of the 2008 global financial crisis that originated in the US.