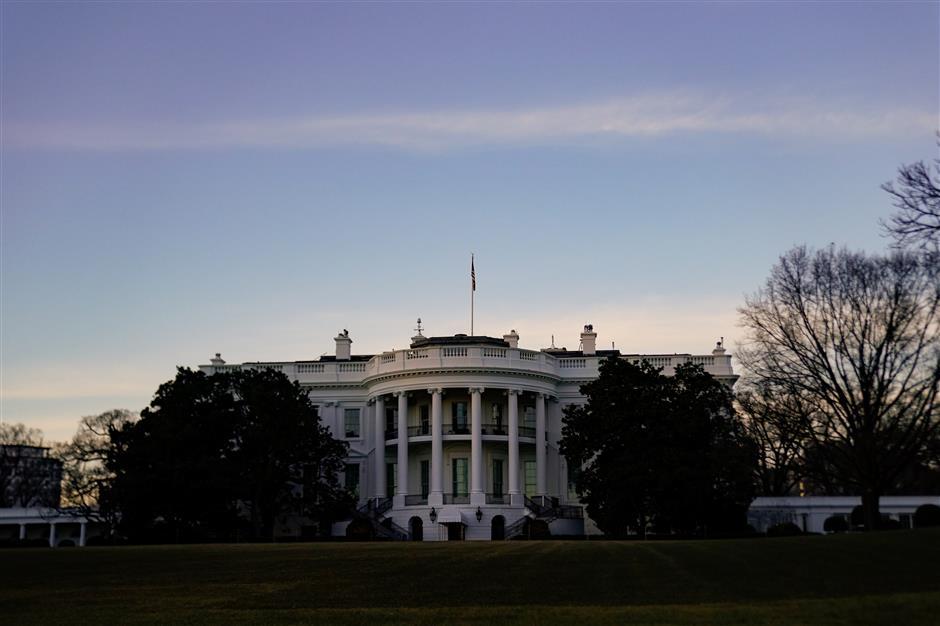 The White House is seen during US President Joe Biden’s second week in office, in Washington, US on Saturday.

When US President Joe Biden unveiled a US$1.9 trillion stimulus proposal this month, few were surprised by the plan’s hefty price tag or sweeping scope. More striking was Biden’s inclusion of a measure to more than double the federal minimum wage to US$15.

The move, backed by leading Democrats including left-wing Senator Bernie Sanders, establishes the fight for higher wages as a top priority for the new administration, potentially leading to one of Washington’s boldest adjustments in US social and labor policy in decades.

The fate of the initiative which so far lacks support from Republicans, will help determine whether Biden delivers on a core pocketbook issue as US income inequality widens during the coronavirus pandemic.

Sanders, a former presidential candidate, called the current federal minimum wage of US$7.25 an hour a “starvation wage” as he unveiled the proposal for an increase in Congress.

Such an increase would boost wages for more than 32 million US workers, according to the Economic Policy Institute, a progressive think tank.

Supporters of an increase draw hope from rising public support apparent in 2020, when Florida voters backed a hike to US$15 per hour at the same time the state voted for former President Donald Trump.

Several large companies, including Amazon, Target and Starbucks, have already set US$15 as their minimum wage for US workers.

However, groups including those representing small businesses and restaurants, say they have suffered more than large firms during COVID-19.

Howard Wright, the chief executive of Seattle Hospitality Group and the co-author of Seattle’s 2014 wage hike, said companies should be able to raise the wage as long as it is done gradually.

“What we are averse to is surprise and having things we can’t control.”

In response to written questions on whether to index local costs, Treasury Secretary Janet Yellen emphasized the need for a “nationwide” wage hike “phased in over time.”

Holly Sklar, the founder of activist network Business for a Fair Minimum Wage, rejected indexing the wage to regional costs.

“The minimum wage is supposed to be something that helps everyone rise,” she said.