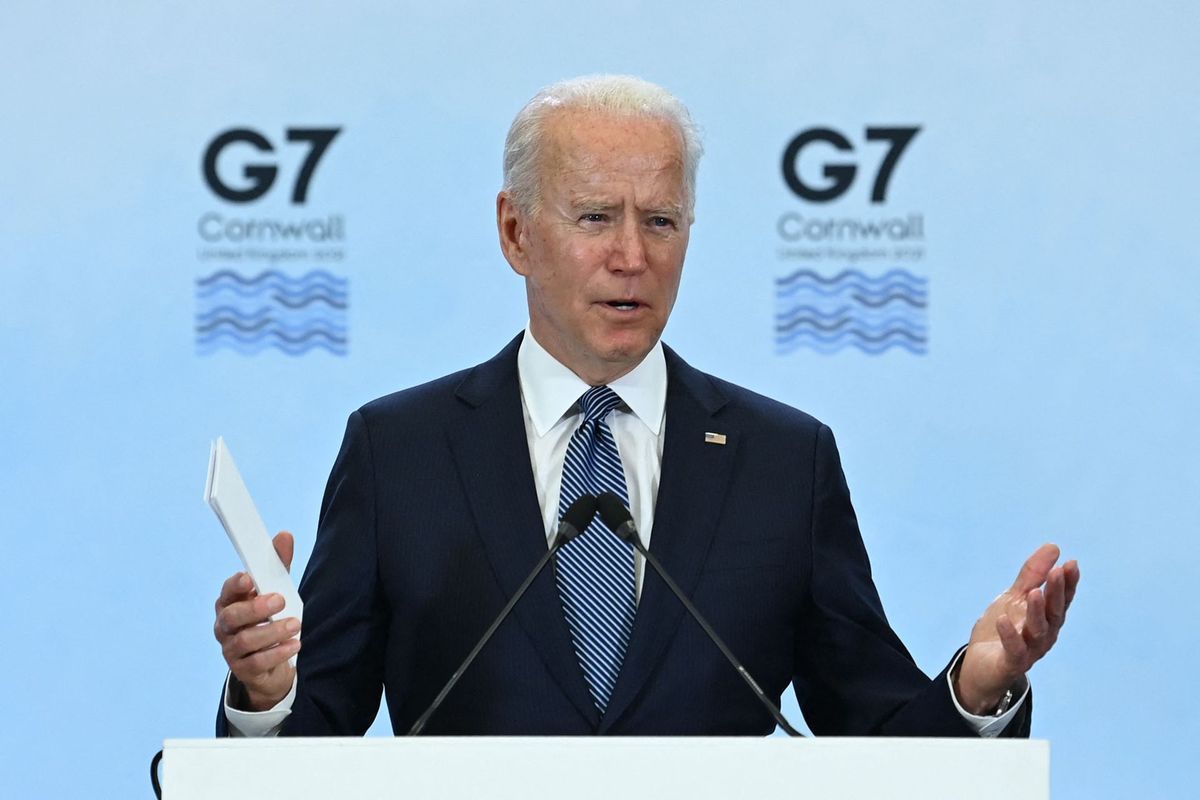 US President Joe Biden takes part in a press conference on the final day of the G7 summit at Cornwall Airport Newquay, near Newquay, Cornwall, on June 13, 2021. (Photo: Agencies)

This is not the only problem with the foreign policy agenda focused on China rolled out by Biden on his first foreign tour. Another problem is "Biden's bumbling is creating new and damaging controversies", the opinion said.

Despite the fact that Biden wants to convince Europe to help curb China's "growing influence", the Europeans "have even less stomach for standing up to China than they do about stopping the Iranian nuclear threat", the author said.

"The Euros are thrilled at the prospect of being free to go back to doing business with Iran after Biden dismantles Trump's sanctions on that Islamist regime," the author added.

Tobin also noted that Biden's G7 and NATO summit performance is the work of an administration in love with multilateral institutions like the European Union and the UN, not America's allies.

Instead of reassuring the world that "America is back", Biden's obvious confusion on the world stage is "undermining alliances", the article said.