US President Joe Biden's wife and daughter have been banned from Russia, along with 23 other Americans, the Russian foreign ministry said on Tuesday. 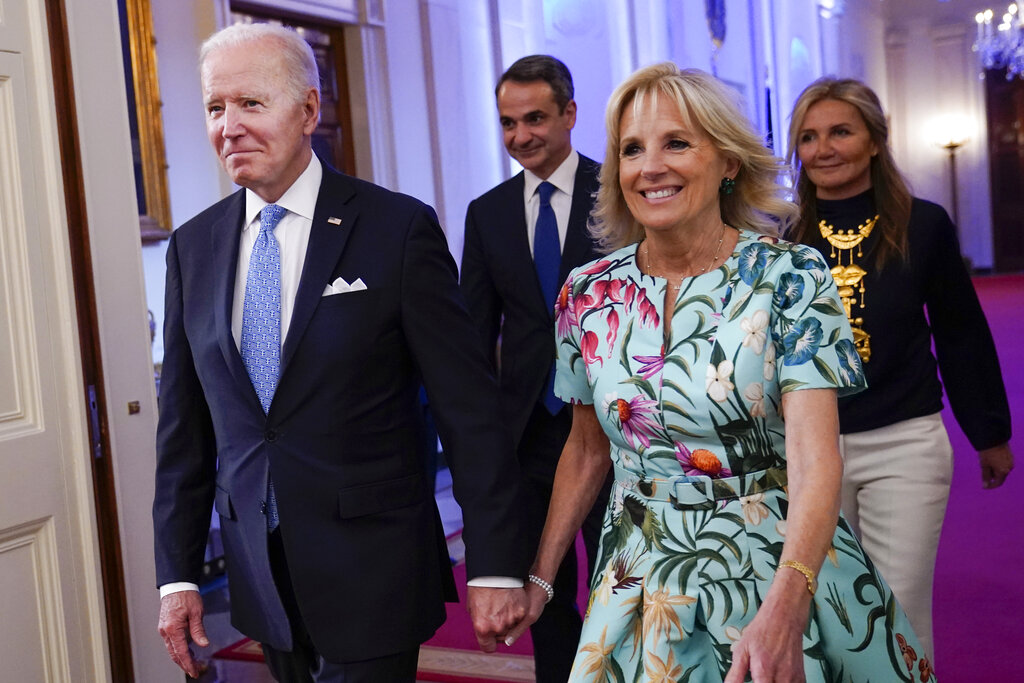 US President Joe Biden and first lady Jill Biden arrive with Greek Prime Minister Kyriakos Mitsotakis and his wife Mareva Grabowski in the East Room of the White House in Washington, Monday, May 16, 2022. (Photo: AP)

"As a reaction to the constantly expanding US sanctions against Russian political and public figures, 25 American citizens are added to a 'stop list,'" the ministry said in a note accompanying the list.

It also included several university professors and researchers and former US government officials.