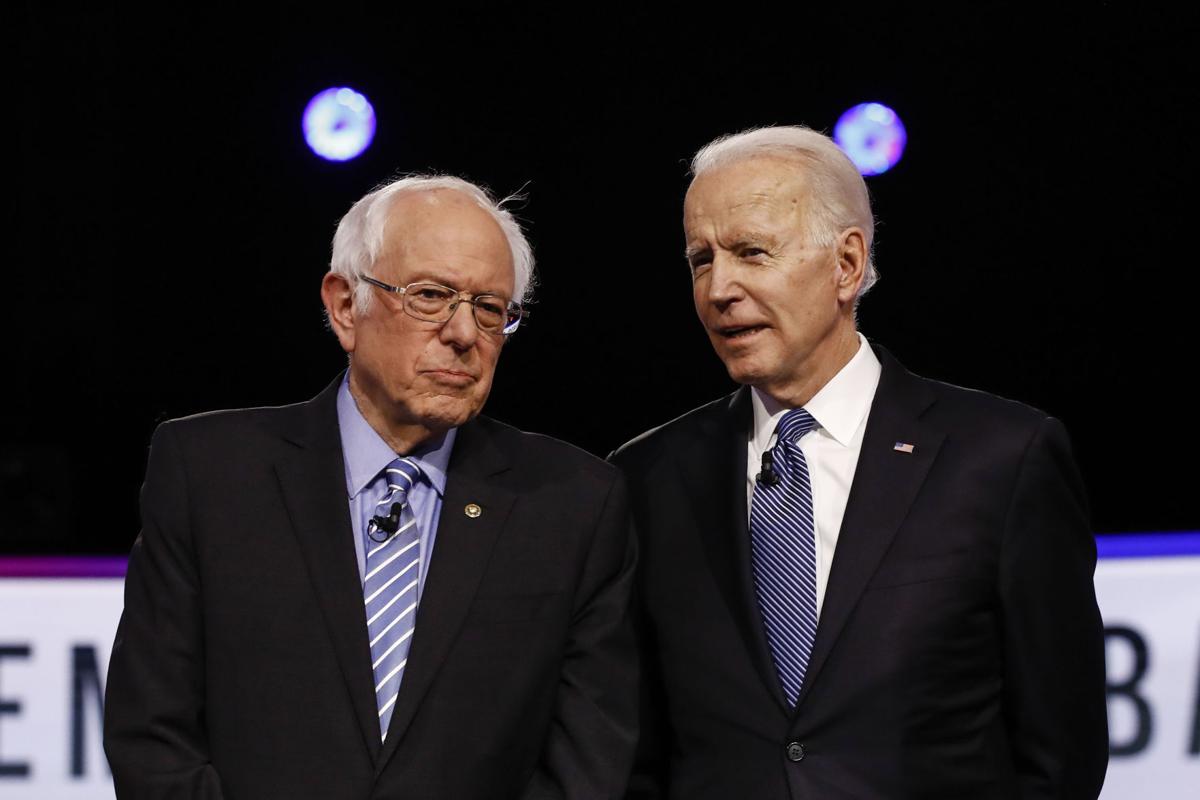 But they stopped short of urging Biden's full endorsement of policies that could prove too divisive for some swing voters in November, like universal health coverage under "Medicare for All" or the sweeping Green New Deal environmental plan.

The groups, formed in May to tackle health care, immigration, education, criminal justice reform, climate change and the economy, sought to hammer out a policy road map to best defeat President Donald Trump. Their 110 pages of recommendations should help shape the policy platform Democrats will adopt during their national convention next month — even though the entire party platform adopted in 2016 ran only about 50 pages.

The task forces sought to help Biden, a center-left establishment candidate, engage skeptical progressives who'd backed other 2020 candidates, especially Sanders and Massachusetts Sen. Elizabeth Warren, who is under consideration for Biden's running mate. Biden hoped the groups would promote party unity and help him avoid a repeat of 2016, when many Sanders supporters remained disillusioned enough that they stayed home rather than support Hillary Clinton against Trump.

They recommend that Biden commit to moving the U.S. to being fully powered by renewable energy, and meeting other key environmental benchmarks, by 2035. That's far more ambitious than the 2050 deadline he embraced during the primary. They also call for a 100-day moratorium on deportations and a series of steps to overhaul the economy in an effort to reduce economic and racial inequality.

"While Joe Biden and I, and our supporters, have strong disagreements about some of the most important issues facing our country, we also understand that we must come together in order to defeat Donald Trump, the most dangerous president in modern American history," Sanders, a Vermont senator, said in a statement. Biden thanked Sanders for "working together to unite our party, and deliver real, lasting change for generations to come."

Still, the recommendations don't include a ban on hydraulic fracturing that could hurt Biden in the energy-producing swing state of Pennsylvania. There's also no endorsement for Medicare for All, which dominated debate during the Democratic presidential primary but could alienate voters afraid of losing their current, employer-based private health coverage. Instead, the recommendations list ways to expand health insurance coverage by building on the Obama administration's signature law.

"We still believe that Medicare for All is the right way to go and we're still going to continue to fight for that," said Democratic Rep. Pramila Jayapal of Washington state, who co-led the health care task force. "But this was a situation where Joe Biden had already put a stake in the sand on the Affordable Care Act and it was part of his legacy with President Obama."

Varshini Prakash, executive director of the Sunrise Movement, served on the environmental advisory group and said she was encouraged by the finished product. She noted that it does not include specific recommendations on how many new jobs Biden hopes to create in the sector or spell out how much money he would commit to making his promises a reality. Also omitted is the Green New Deal, the comprehensive anti-climate change plan that Prakash's group champions.

Still, Prakash said Biden making the recommendations a centerpiece of his campaign can help bolster his support among young people, Latinos and working class voters.

"If Joe Biden takes this plan that he has signed off on and campaigns really, really hard on it, if he understands the economic opportunity that exists in tackling the climate crisis, if he can speak to the level of urgency and the level of swift, scalable action that we need to be taking, he will appeal to so many of the voters that he needs to unite," Prakash said.

Their conclusions come as Biden and Democratic Party officials enter the main phase of writing the platform. The campaign's and the party's entire policy apparatus acquired added weight after the pandemic, resulting economic collapse and national reckoning on systemic racism spurred Biden to start talking in bolder tones about the need to "rewrite the economy."

Biden plans to travel Thursday to Pennsylvania, where he will begin detailing an economic package that his aides pitch as a direct preview of the policies he would pursue should he win. Progressives who have been in contact with Biden's campaign noted that he's consulted with Sanders and Warren while devising it.

Biden is expected to emphasize American manufacturing and labor policies, including how government can aim its buying power to bolster U.S. manufacturing. That will likely include an emphasis on ratcheting up government purchases of medical supplies that would address the pandemic.

"This will be the largest mobilization of public investments in procurement, infrastructure and R&D (research and development) since World War II, and that's just a part of the plan," said senior adviser Jake Sullivan.