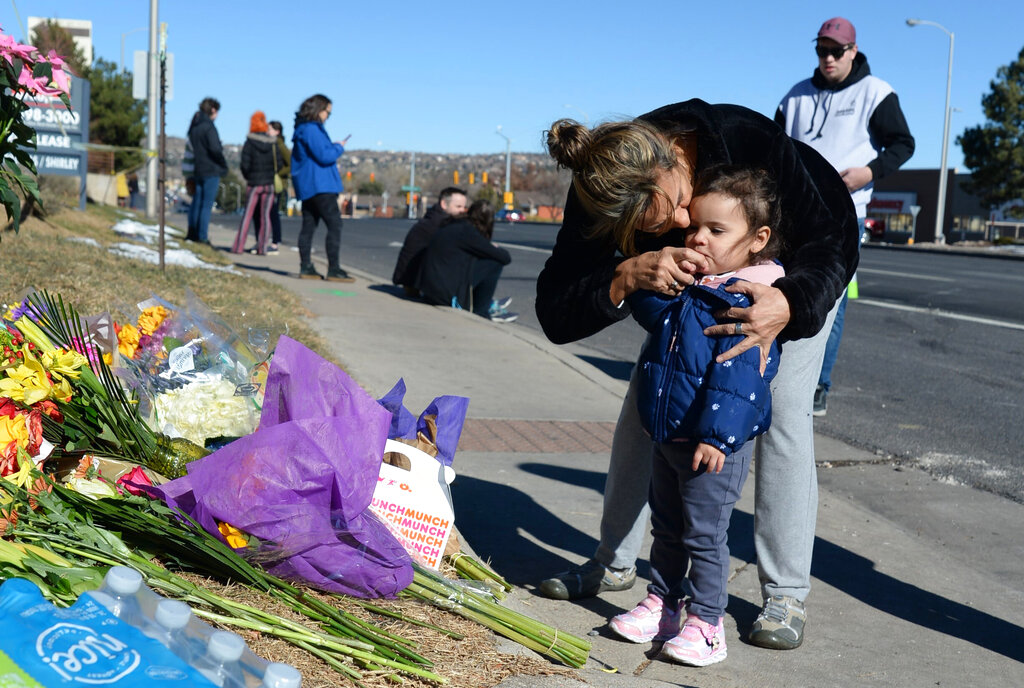 WASHINGTON, Nov. 20 (Xinhua) -- U.S. President Joe Biden said on Sunday that "yet another community in America has been torn apart by gun violence" in the wake of the Colorado Springs attack.

At least five people were killed and 18 others injured in a shooting late Saturday at an LGBTQ nightclub in Colorado Springs, the second-most populous city in the U.S. state of Colorado, according to police.

"Gun violence continues to have a devastating and particular impact on LGBTQI+ communities across our nation and threats of violence are increasing," Biden said in a statement.

"Places that are supposed to be safe spaces of acceptance and celebration should never be turned into places of terror and violence," he said. "We cannot and must not tolerate hate."

Nearly 40,000 lives have been taken by gun violence across the United States so far this year, according to the latest data released by the Gun Violence Archive, a nonprofit research group.

"More families left with an empty chair at the table and hole in their lives that cannot be filled," Biden said on Sunday. "When will we decide we've had enough?"

He urged efforts to "address the public health epidemic of gun violence in all of its forms" and "enact an assault weapons ban to get weapons of war off America's streets."

Also on Sunday, local officials said that the suspected shooter, identified as 22-year-old Anderson Lee Aldrich, is in custody.

A long rifle was used in the shooting with two firearms found at the scene, Colorado Springs Police Chief Adrian Vasquez told reporters.

The attacked nightclub issued a statement early Sunday morning, saying that it "is devastated by the senseless attack on our community."

"Our prays and thoughts are with all the victims and their families and friends," the statement read. "We thank the quick reactions of heroic customers that subdued the gunman and ended this hate attack."