WORLD Biden says he wouldn't have stepped in for Hillary Clinton

Biden says he wouldn't have stepped in for Hillary Clinton 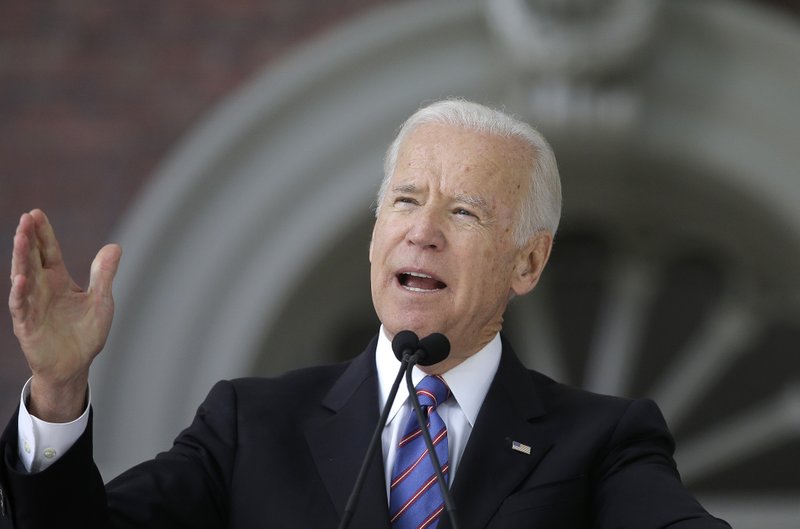 Former Vice President Joe Biden says he wouldn’t have agreed to replace Hillary Clinton as the Democratic presidential nominee under any circumstances.

Biden tells NBC’s “Today” show he had decided not to run last year, and says, “I would have never done that.”

He was asked about former Democratic National Committee chair Donna Brazile’s book, which says she considered replacing Clinton with Biden because of health concerns. Biden says, “I wouldn’t have taken” Clinton’s place as the party’s standard-bearer.

Biden says he was for Clinton, but that he worried about her prospects. He says not long before the election, “It hit me like a ton of bricks, there was no discussion of Issues” in her campaign.

Biden also said once again that he hasn’t decided about running in 2020.