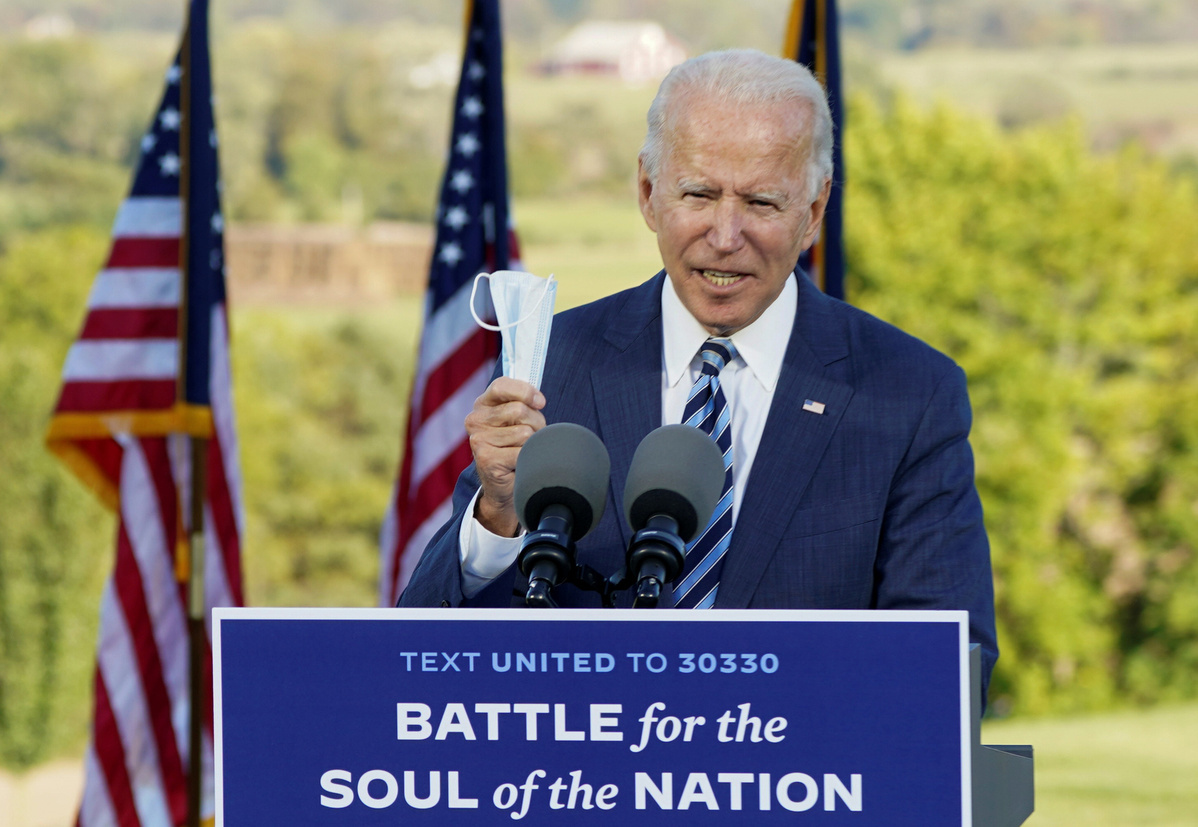 Democratic US presidential nominee Joe Biden holds up his face mask while speaking during a campaign stop in Gettysburg, Pennsylvania, US, October 6, 2020. (Photo: Agencies)

WASHINGTON - 2020 Democratic presidential nominee Joe Biden said on Tuesday that the next debate should not be held if his Republican opponent, US President Donald Trump, still has COVID-19.

"Well, uh, I think if he still has COVID, we shouldn't have a debate," Biden told reporters after a campaign stop in Gettysburg, Pennsylvania, more than a week before the second presidential debate with Trump, scheduled for Oct 15 in Miami, Florida.

"I'm not sure what President Trump is all about now. I don't know what his status is," said the former US vice president, noting that he's still looking forward to being able to have that debate but hopes "all the protocols are followed."

The candidates met for their first encounter of the 2020 race in Cleveland, Ohio on Sept 29. They did not shake hands that night. There was a distance between their podiums. But neither Biden nor Trump wore masks on stage.

The president tested positive for COVID-19 on Oct 1. After a three-day hospitalization, he is receiving treatment and recovering from the virus at the White House.

Biden has received four COVID-19 tests since Oct 2 and all results were negative, according to his campaign.

Trump, who's trailing Biden in national and battleground state polls, tweeted on Tuesday morning that he's looking forward to the next debate with the Democrat, writing that "It will be great!"

It is unclear if Trump, who may remain contagious, will be healthy enough to show up for the debate, as his doctors have warned he isn't "out of the woods yet."

White House physician Sean Conley said in a new memo on Tuesday that the president had reported no symptoms.

Meanwhile, a growing number of individuals in Trump's orbit have been diagnosed with COVID-19.