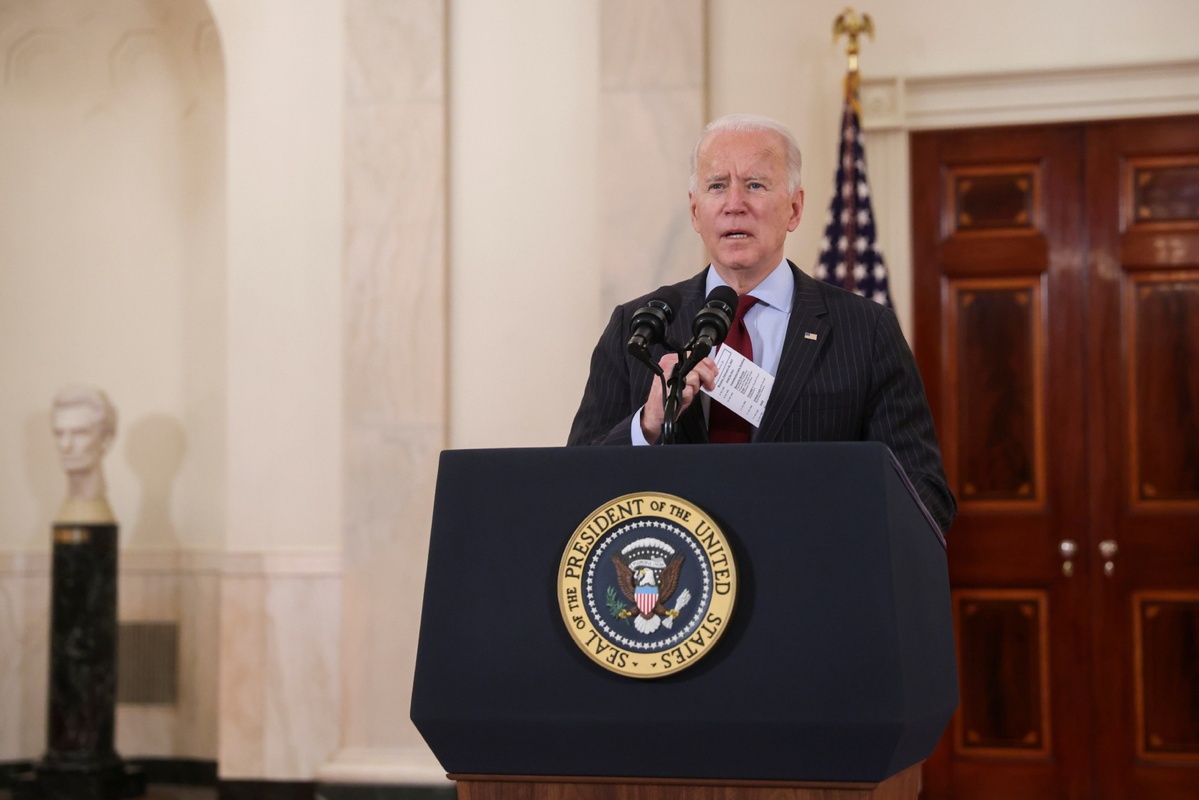 President Joe Biden said on Thursday that passing new gun control measures in Congress is "a matter of timing" after two mass shootings in a week rattled the United States and put pressure on him to take action to stop firearms violence.

While Biden, a long-time advocate of gun control measures including increased background checks on gun buyers and banning assault-style weapons, made clear his support for action, the Democratic president was less clear about the timing.

"What we're going to be able to do, God willing, is now begin one at a time to focus on ... whether it's immigration or guns or number of other problems that face the country," Biden told a news conference.

Biden was asked if he had made any decision on sending legislation to Congress that would repeal protections for gun manufacturers against civil liability for their products or taking executive actions such as funneling funds to states and cities to battle gun violence.

"All the above," Biden responded. "It's a matter of timing. ... Successful presidents before me ... they're successful because they know how to time what they're doing."

Biden said his next major legislative priority, after having won passage of a COVID-19 relief bill, is securing congressional approval of major infrastructure legislation.

On Monday, a gunman killed 10 people in a Colorado supermarket, just six days after another gunman fatally shot eight people at Atlanta-area day spas. The two mass shootings prompted gun control advocates and Democratic lawmakers to step up their demands for measures to combat firearms violence.

Numerous mass shootings in the United States over the past decade, including attacks at schools and concerts, have failed to spur lawmakers to pass gun control legislation sought by Democrats, thanks in large part to opposition from congressional Republicans and the National Rifle Association lobby group.

Biden on Tuesday urged the Senate to approve two bills passed by the Democratic-led House of Representatives on March 11 that would broaden background checks on gun buyers. Biden also called for a national ban on assault-style weapons. A previous ban expired in 2004.

The White House said on Tuesday Biden is considering a range of executive actions to address gun violence. Such actions do not require the approval of Congress.

Gun rights are enshrined in the US Constitution's Second Amendment, which guarantees the right to bear arms. Gun rights are cherished by many Americans. The United States has a gun fatality rate consistently higher than other rich nations.