WASHINGTON, June 26 (Xinhua) -- US President Joe Biden clarified on Saturday that he does not intend to issue a veto threat on a bipartisan infrastructure bill if it comes without a reconciliation bill on his other social spending priorities. 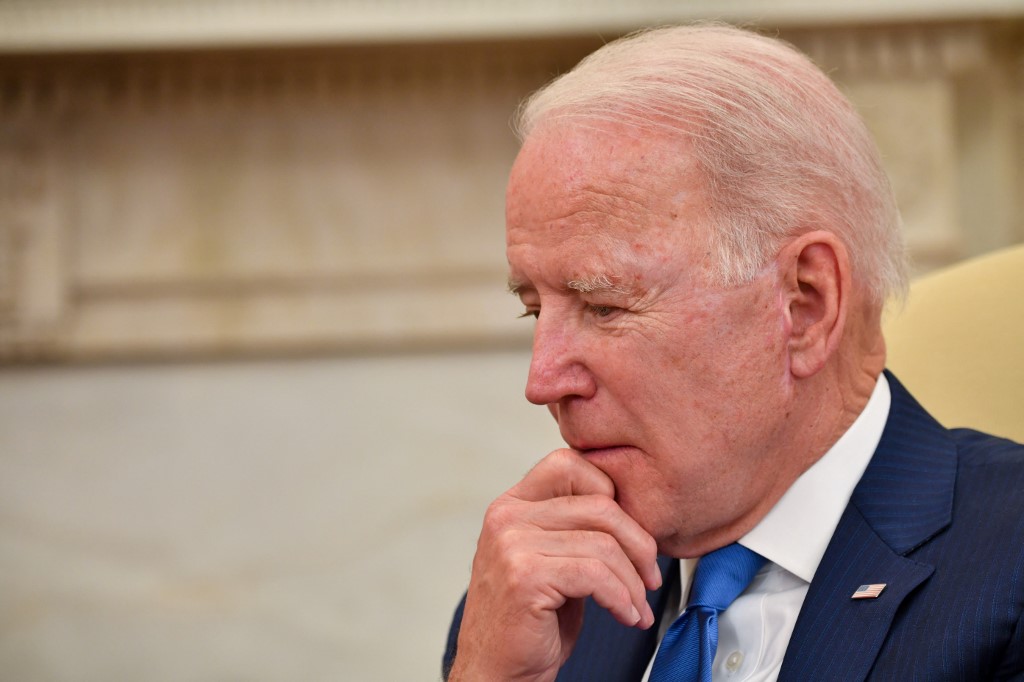 Though the president said he will work with Congress to pass the bills, questions remain as to whether Congress will eventually get both to the president's desk.

"At a press conference after announcing the bipartisan agreement, I indicated that I would refuse to sign the infrastructure bill if it was sent to me without my Families Plan and other priorities, including clean energy," Biden said in a statement released by the White House on Saturday afternoon.

"That statement understandably upset some Republicans, who do not see the two plans as linked; they are hoping to defeat my Families Plan -- and do not want their support for the infrastructure plan to be seen as aiding passage of the Families Plan," he said.

"My comments also created the impression that I was issuing a veto threat on the very plan I had just agreed to, which was certainly not my intent," the president added.

Biden announced Thursday that he had reached a deal with a bipartisan group of senators on a roughly 1.2-trillion-US-dollar infrastructure plan over eight years.

But during a press conference later in the day, the president signaled that he would not sign the bipartisan infrastructure bill unless Congress passes a reconciliation bill on his other social spending priorities.

"I expect that in the coming months this summer, before the fiscal year is over, that we will have voted on this bill, the infrastructure bill, as well as voted on the budget resolution," Biden said.

Those comments angered some Republican lawmakers, who opposed linking the two bills together, saying the president was threatening to veto the bipartisan deal.

"Less than two hours after publicly commending our colleagues and endorsing the bipartisan agreement, the president took the extraordinary step of threatening to veto it," Senate Republican Leader Mitch McConnell said Thursday.

"It was a tale of two press conferences -- endorse the agreement in one breath and threaten to veto it in the next," McConnell said.

In response, Biden said on Saturday that he intended to work with Congress to pass both bills. "We will let the American people -- and the Congress -- decide," he said.

Biden said he will ask Senate Democratic leader Chuck Schumer to schedule both the infrastructure plan and the reconciliation bill for action in the Senate.

"I expect both to go to the House, where I will work with Speaker (Nancy) Pelosi on the path forward after Senate action. Ultimately, I am confident that Congress will get both to my desk, so I can sign each bill promptly," he said.

The real question continues to be whether the more partisan parts of Biden's proposals, such as higher taxes and increased spending apart from traditional infrastructure, have enough support to get through reconciliation, according to Michael Pugliese, an economist at Wells Fargo Securities.

"We still suspect the answer is yes, but that the headline figures for new spending and tax increases will need to be scaled back to become law. That said, we do not view the reconciliation bill as a guarantee," Pugliese said Friday in an analysis, adding Biden's efforts to pass the American Families Plan could eventually fail.