President Joe Biden said Wednesday that US troops could stay in Afghanistan beyond their August 31 withdrawal deadline if necessary to evacuate all Americans from the country. 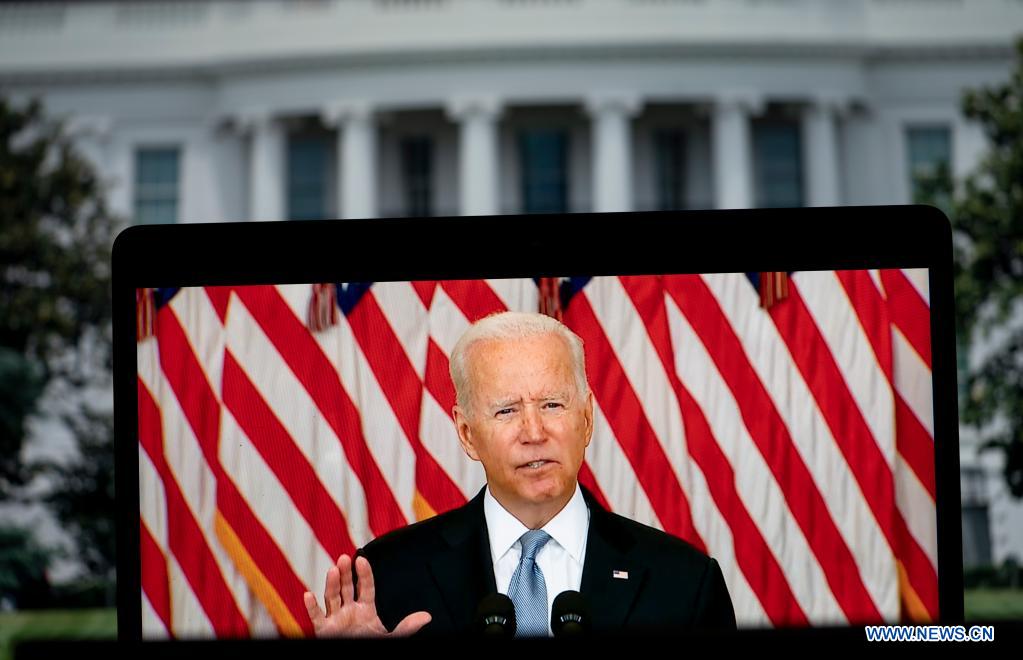 Photo taken in Arlington, Virginia, the United States, on Aug. 16, 2021 shows a screen displaying U.S. President Joe Biden delivering remarks on Afghanistan at the White House in Washington, D.C. Biden said Monday that the deteriorating situation in Afghanistan "did unfold more quickly" than the United States had anticipated, adding, however, that he stands by the decision to withdraw U.S. troops from the war-torn country. (Xinhua/Liu Jie)

When asked in an ABC interview if the troops would stay until every American who wants to be has been evacuated, Biden replied: "Yes."

"Americans should understand that we're going to try to get it done before August 31st," he said, before adding: "If there's American citizens left, we're gonna stay to get them all out."