Biden says US willing to work with China 'in America's interest' 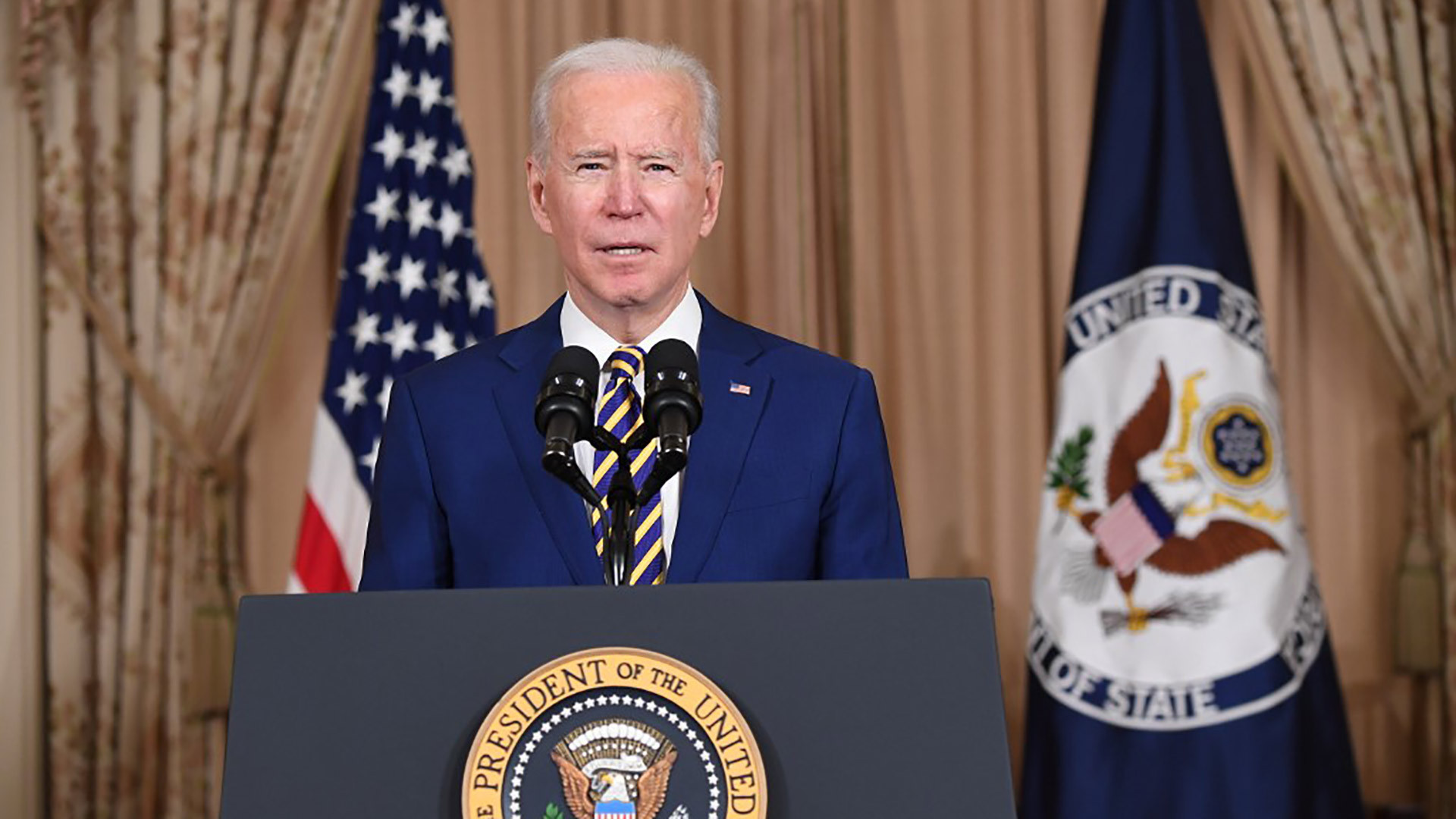 In his first visit to the State Department as president, President Joe Biden called for a return to the “grounding wire of our global power.” He sought to buck up the diplomatic corps, many of whom were discouraged by the policies and tone of former President Donald Trump.

Asserting a broad reset of American foreign policy, Biden said Thursday that he would halt the withdrawal of U.S. troops stationed in Germany, end support for Saudi Arabia’s military offensive in Yemen and make support for LBTGQ rights a cornerstone of diplomacy.

“America is back. Diplomacy is back,” Biden said in brief remarks to the State Department staff. “You are the center of all that I intend to do. You are the heart of it. We’re going to rebuild our alliances”

Biden called on the Myanmar military to give back power to democratically elected officials. "We will impose consequences on those responsible" for fighting against the democratic will of their people, Biden said.

Biden said the U.S. will be tougher on Russia and called on the Kremlin to release Russian opposition leader Alexei Navalny, "Immediately and without condition".

Navalny was sentenced to prison for not reporting in with Russian authorities while he was under treatment for poisoning in a German hospital.

Lastly, the U.S. president said he will stop all 'relevant' arms sales to forces acting in Yemen, including Saudi Arabia and others. Biden has appointed a special envoy to the county where the U.N. says the Yemeni people are facing the worst humanitarian crisis on Earth.