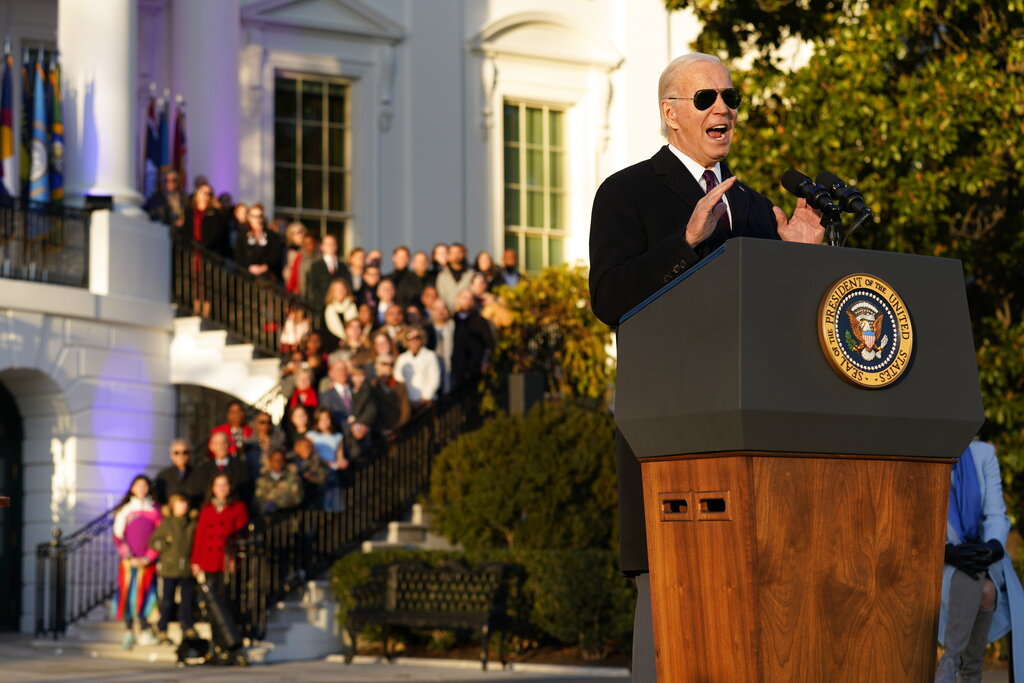 US President Joe Biden speaks during a bill signing ceremony for the Respect for Marriage Act, Tuesday, Dec. 13, 2022, on the South Lawn of the White House in Washington. (Photo: AP)

The move came days after the Respect for Marriage Act went through the U.S. Congress.

The legislation, among other things, overturns the 1996 Defense of Marriage Act while requiring states to recognize any valid marriage performed in other states.

The measure was introduced this summer after a conservative Supreme Court justice signaled that rulings on marriage equality and contraception should be reconsidered.