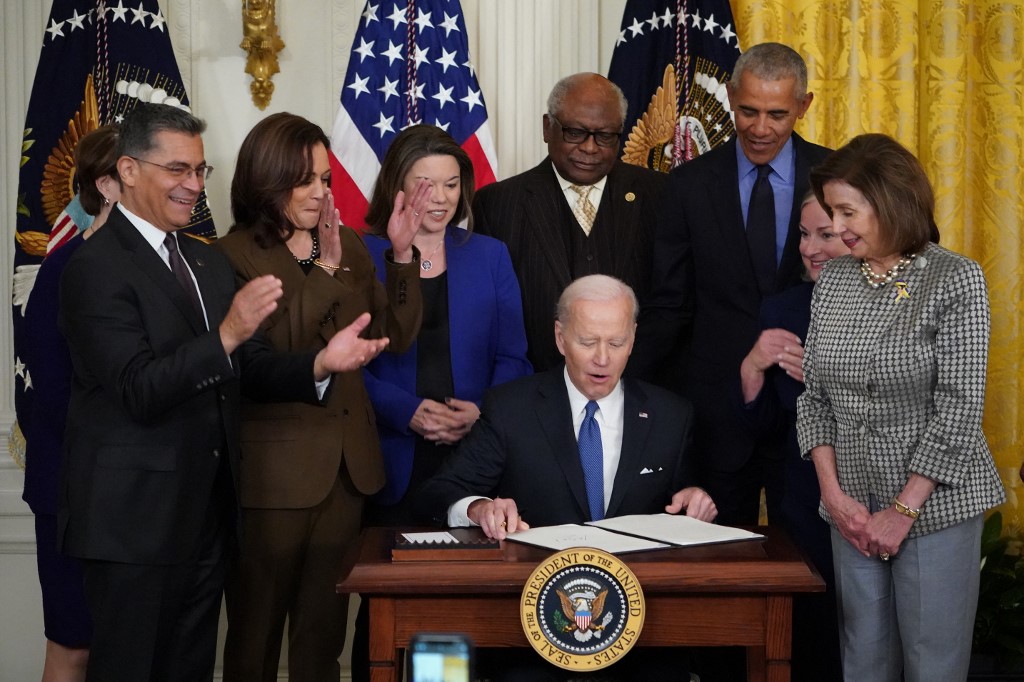 US President Joe Biden (C) prepares to sign an executive order intended to strengthen the Affordable Care Act, after delivering remarks in the East Room of the White House in Washington, DC, on April 5, 2022. (Photo: AFP)

Since it was enacted in 2010 by then U.S. President Barack Obama, the ACA, often referred to as Obamacare, has been favored by Democrats but strongly opposed by Republicans.

Obama returned to the White House to join Biden and U.S. Vice President Kamala Harris for the signing ceremony, the first time since he left power in early 2017.

Republicans in Congress have attempted to repeal the ACA dozens of times, arguing that the law's individual mandate is unconstitutional.

Obamacare has also served as a central attack line for Republicans on the campaign trail.

Biden, who was vice president when Obama was in office, has embraced the ACA as part of his own agenda.