WORLD Biden to announce withdrawal of US troops from Afghanistan by Sept. 11

Biden to announce withdrawal of US troops from Afghanistan by Sept. 11 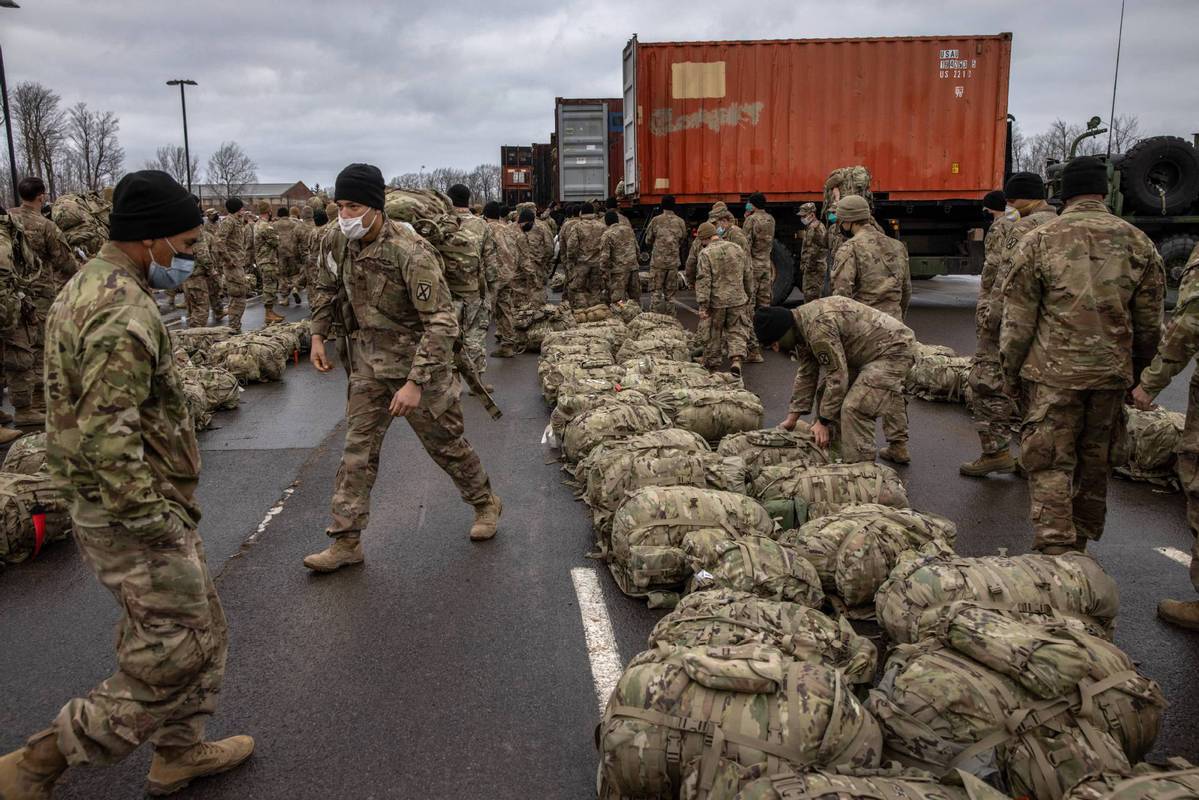 US Army soldiers retrieve their duffel bags after they returned home from a 9-month deployment to Afghanistan on December 10, 2020 at Fort Drum, New York. The 10th Mountain Division soldiers who arrived this week are under orders to isolate with family at home or with fellow troops in barracks, finishing their quarantine just before Christmas. In the waning days of the Trump Administration and after 19 years of war, the US military continues to reduce troop levels in Afghanistan. (Photo: Agencies)

The decision would extend U.S. military presence in Afghanistan past a May 1 deadline set in a deal between the previous administration and the Afghan Taliban.

White House Press Secretary Jen Psaki told reporters at a daily briefing that Biden is expected to make a formal announcement of the decision on Wednesday, without getting into details.

A senior U.S. official told media outlets that Biden made the decision after consultations with NATO allies and partners in Afghanistan, adding that NATO troops would also leave the country by Sept. 11.

The official said that the new deadline was not conditions-based. "The President has judged that a conditions-based approach, which is then the approach of the past two decades, is a recipe for staying in Afghanistan forever."

The upcoming Sept. 11 is the 20th anniversary of the terrorist attacks that drew the United States into war in Afghanistan, the longest war in American history that caused about 2,400 U.S. military deaths.

The United States and the Taliban signed an agreement in late February 2020, which called for a full withdrawal of foreign forces from Afghanistan by May 2021 if the Taliban meets the conditions of the deal, including severing ties with terrorist groups.

The Biden administration had concluded that the Taliban had not met its commitment under the U.S.-Taliban deal.

Biden said in a press conference last month that it would be hard for the United States to meet the May 1 deadline to withdraw its troops from Afghanistan "in terms of tactical reasons."

Some U.S. lawmakers and experts noted in recent weeks that the May 1 deadline is "too soon" for withdrawing forces and equipment due to logistics reasons.

The Pentagon said that there are roughly 2,500 U.S. troops in Afghanistan, but U.S. media recently said the number did not include 1,000 more U.S. special forces in the country. Besides, about 7,000 NATO troops in Afghanistan rely on U.S. logistics and security support.