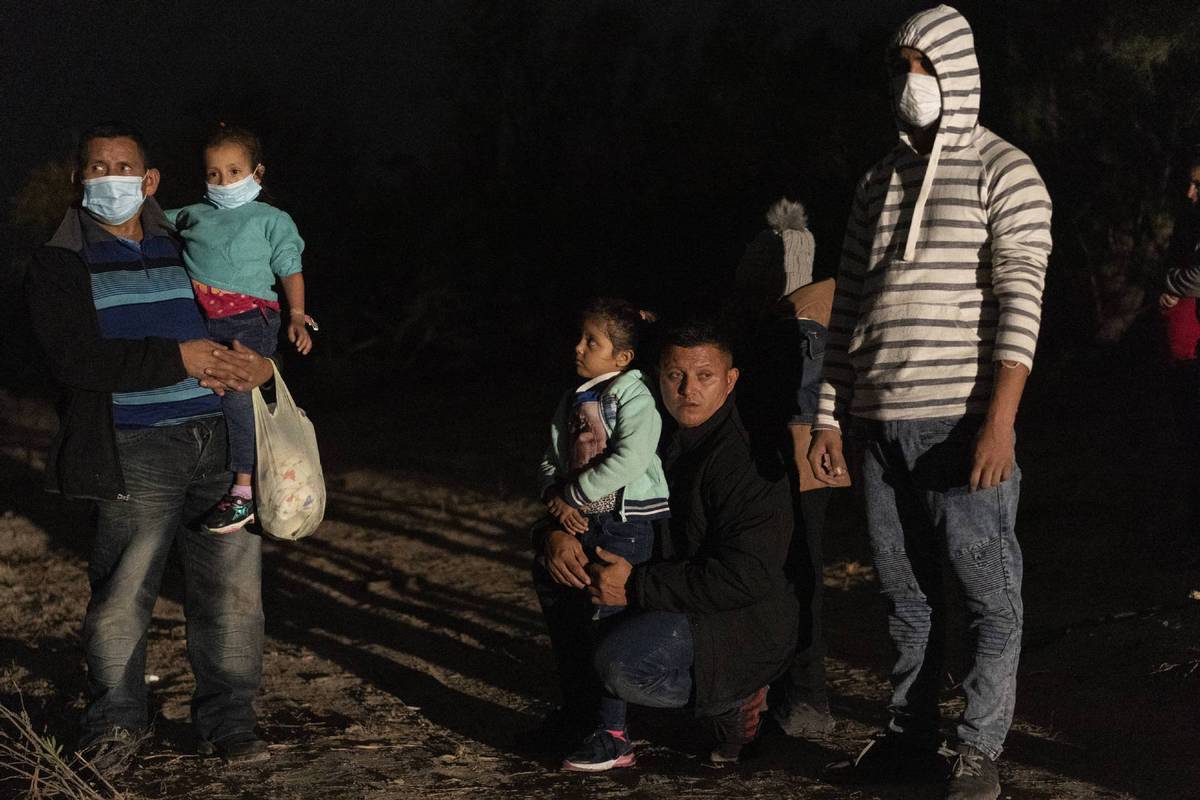 Asylum-seeking migrants' families wait to be escorted to the location where they turn themselves in to the US Border Patrol after crossing the Rio Grande river into the United States from Mexico on April 22, 2021 in Roma, Texas.(Photo: Agencies)

WASHINGTON - US President Joe Biden will nominate a Texas sheriff who criticized Trump-era immigration raids to lead the US Immigration and Customs Enforcement (ICE) agency, the White House said on Tuesday.

Biden will tap Harris County Sheriff Ed Gonzalez, a veteran law enforcement officer and Democrat who has served since 2017 as sheriff of the most populous county in Texas, the White House said.

"?I do not support ICE raids that threaten to deport millions of undocumented immigrants, the vast majority of whom do not represent a threat to the US," Gonzalez wrote. "The focus should always be on clear & immediate safety threats."

Gonzalez will have to be confirmed in his new job by the 100-seat US Senate, divided 50-50 between Democrats and Republicans, with Vice President Kamala Harris able to break ties.

His nomination comes as Biden moves to roll back restrictive Trump-era immigration policies in favor of what he calls a more humane approach. Both ICE and the Customs and Border Protection (CBP) agency played leading roles in Trump's crackdown on illegal immigration.

Biden announced on April 12 that he would tap Chris Magnus, an Arizona police chief and another critic of some Trump immigration policies, to lead CBP. Magnus had criticized the previous administration's attempt to force so-called "sanctuary" jurisdictions to cooperate with federal law enforcement.

In the latest rollback of Trump-era policies, the Department of Homeland Security announced on Tuesday that federal immigration officers would limit immigration arrests in or near courthouses.

The move reverses a policy that expanded such arrests, which the Biden administration said had a chilling effect on people's willingness to cooperate with law enforcement.

If his nomination is approved, Gonzalez will take charge of an agency that has been whipsawed by the change in administrations.

After Biden took office on Jan. 20, his administration placed a 100-day pause on many deportations and greatly limited who can be arrested and deported by ICE. The moratorium drew fierce pushback from Republicans and was blocked by a federal judge in Texas days after it took effect.

Some career ICE officials have privately criticized the new enforcement priorities, saying they prevent agents from arresting some criminals.